This healthier Cinnamon Swirl Banana Bread recipe is an easy and delicious way to use up those overripe bananas sitting on your counter! 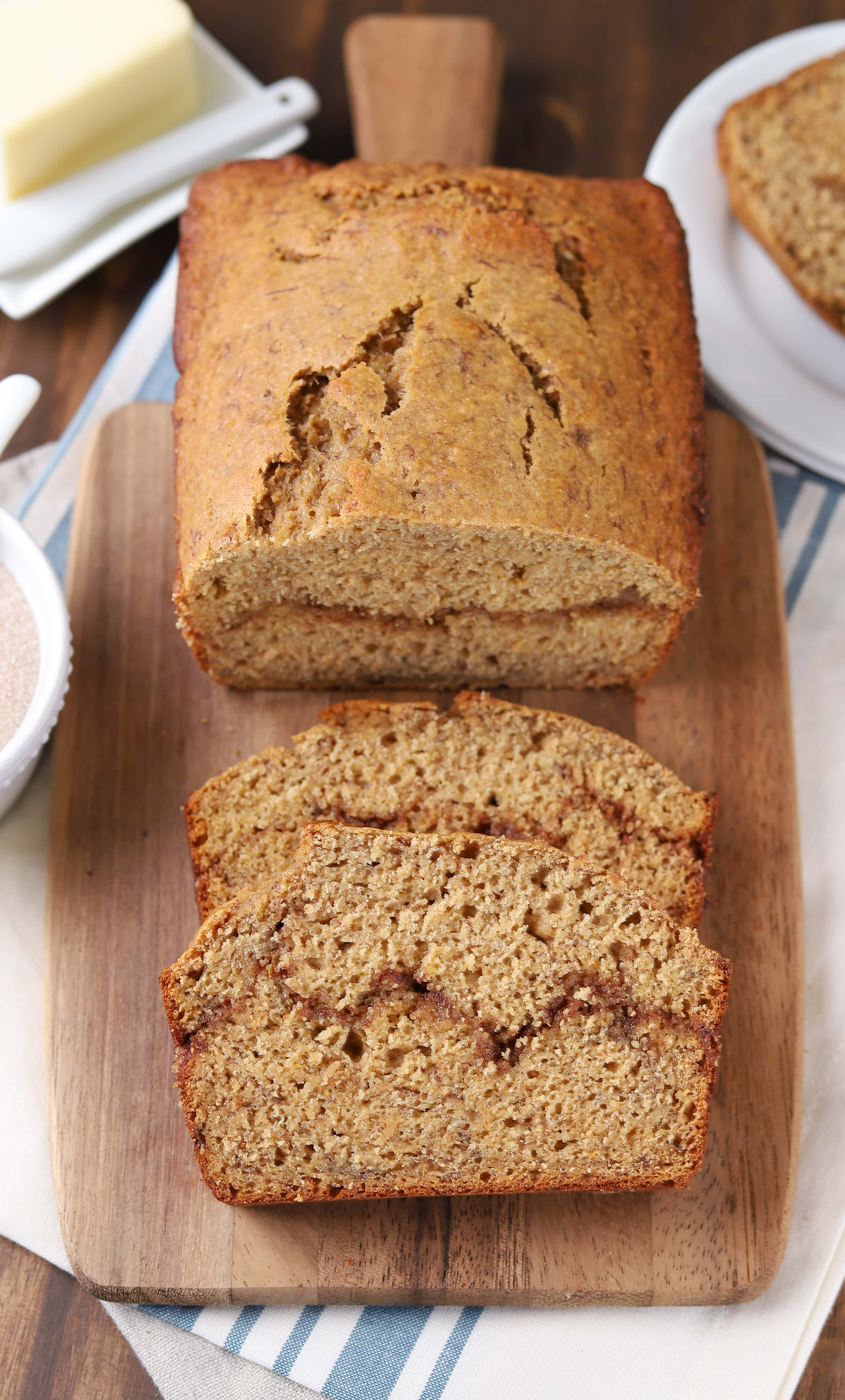 A little over a week ago I had a few bananas that were sitting on my counter looking pretty sad. We just kept walking by them without giving them much thought until one day something had to be done with them!

Plus, we had just gotten dumped on with around 20 inches of snow, so I was in the mood for baking and comfort food! Banana bread it was! 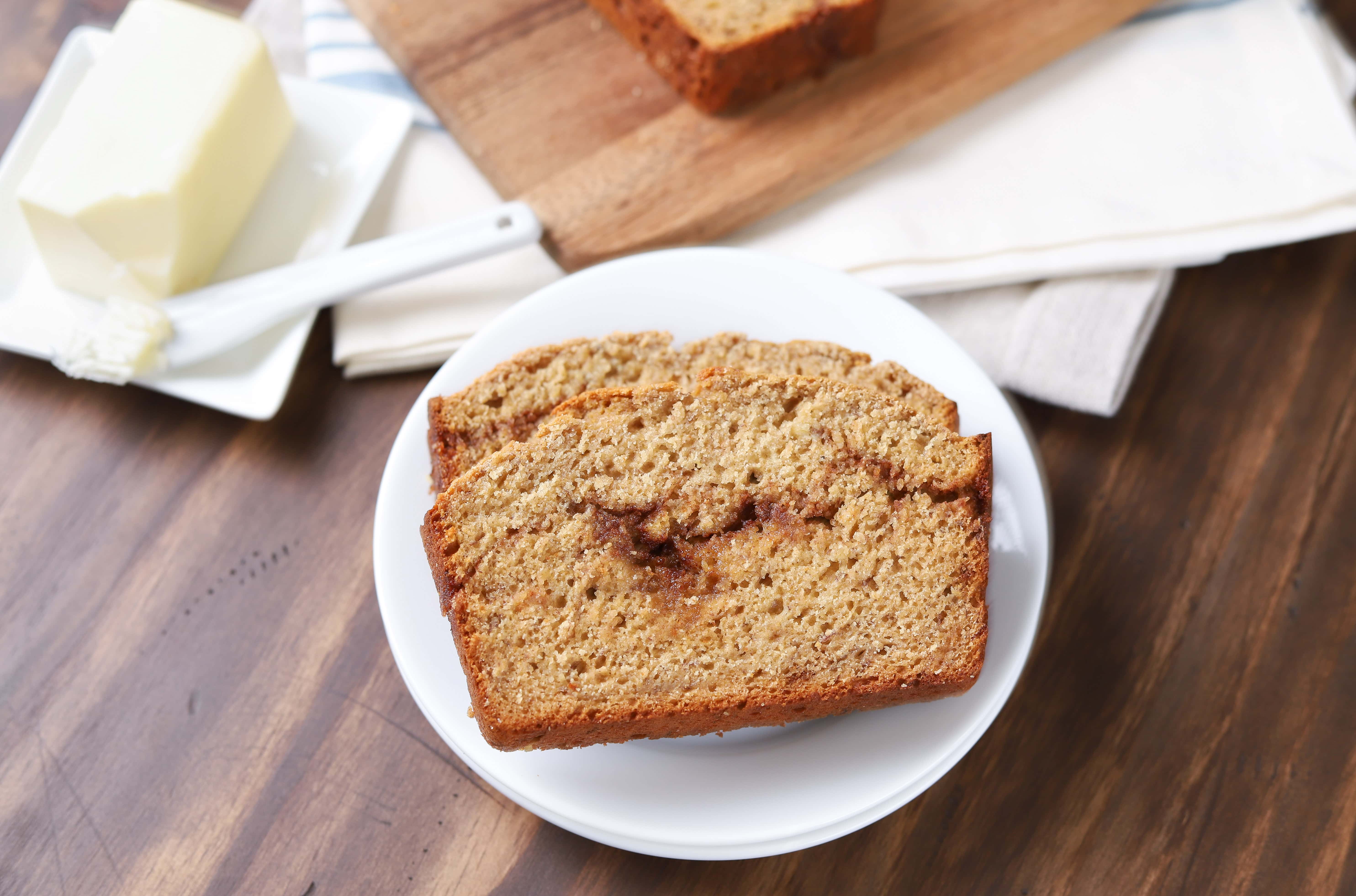 The base of this banana bread is one that I’ve been using since junior high. It’s handwritten on a piece of notebook paper. I have no idea where it originally came from, but it has morphed over the years into a healthier version that uses white whole wheat flour, yogurt or applesauce, and honey.

The healthy alternatives haven’t made this bread any less delicious. In fact, I think we prefer the lightened up changes, especially the lack of all of that vegetable oil that a lot of banana breads contain!

We often add in peanut butter, dark chocolate, or strawberries, but this time we wanted more of the classic banana bread flavor without a bunch of additional flavors.

At the last minute, however, I couldn’t resist adding a swirl of cinnamon sugar. Cinnamon and banana pair so well together, so why not add a swirl of it?

Other than that, it’s simply an easy loaf of classic banana bread that is perfect for grabbing a slice to pair with your morning coffee or for when your afternoon needs a bit of a pick-me-up! 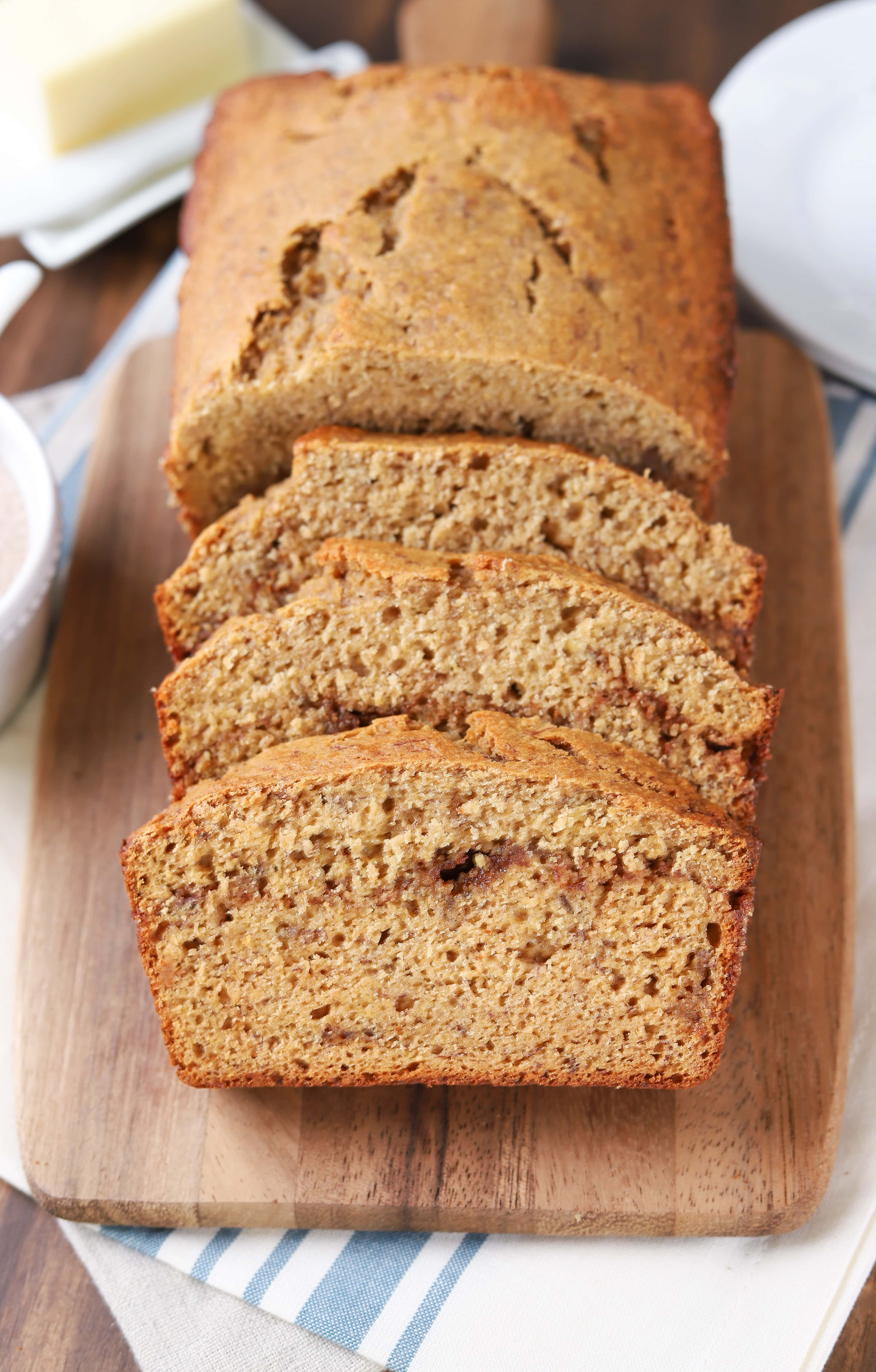