These tender Honey Cinnamon Banana Bread Scones are filled with the comforting flavor of banana bread and are topped with a cinnamon sugar dusting and a simple cinnamon brown sugar glaze! 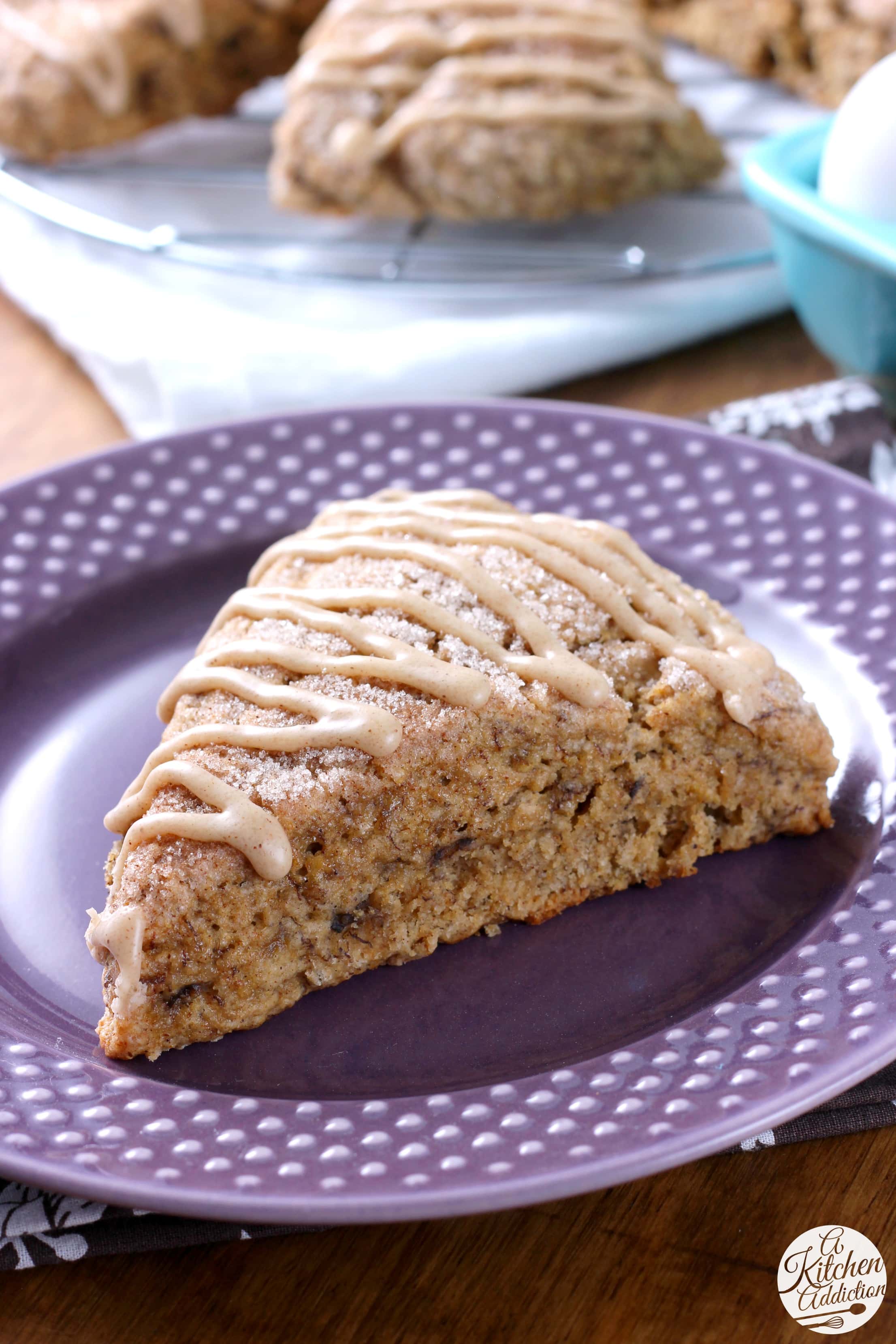 It’s Friday! Some weeks making it to Friday is more of an accomplishment than others, right?! This was one of those weeks.

I can’t think of a better way to start off Friday morning than with a fresh baked scone to go with a big mug of coffee. 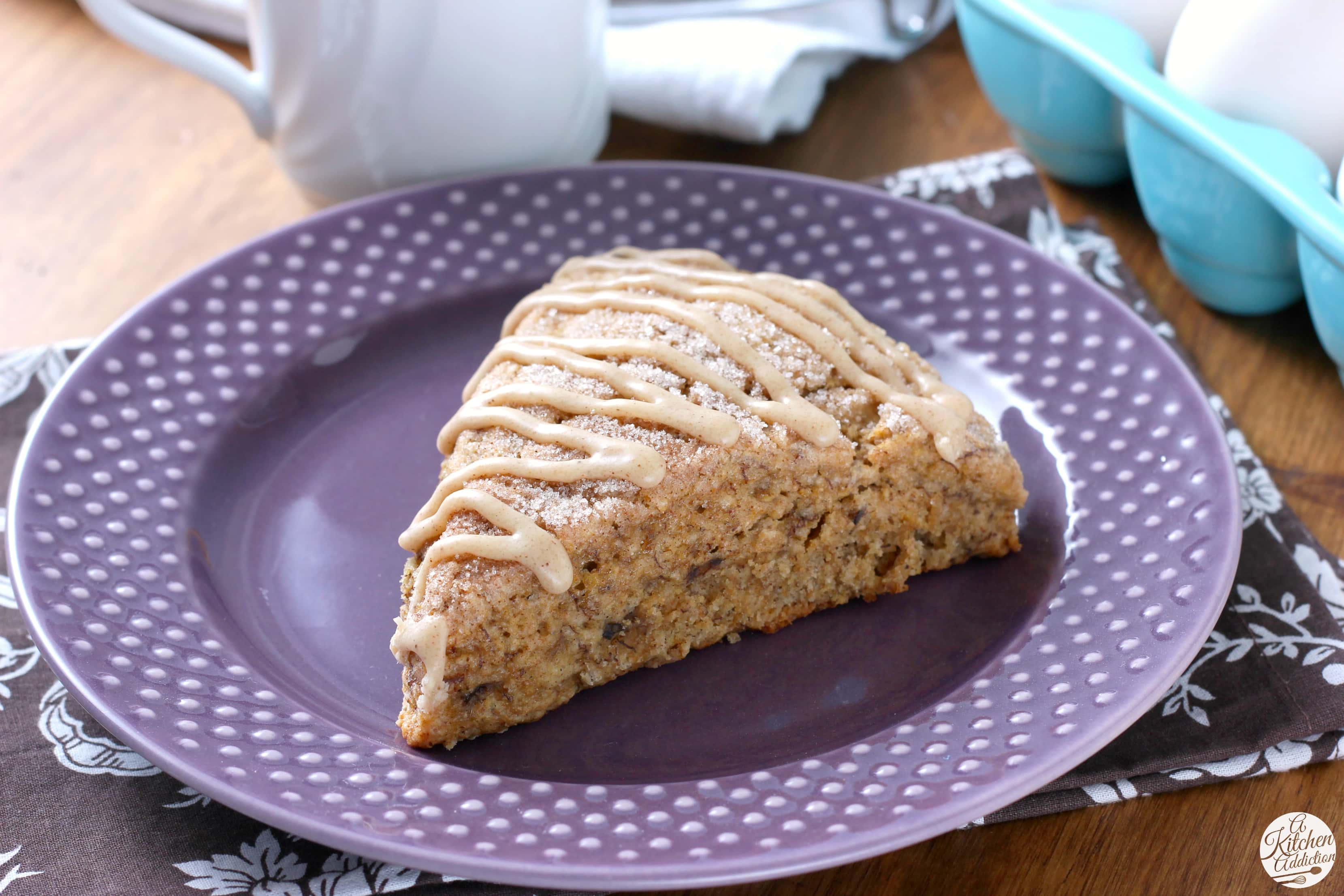 I often buy bananas just to let them go brown, so I can bake with them. Anything banana bread flavored is enjoyed around here.

These banana bread scones were no different.

Bananas, cinnamon, a hint of nutmeg, and a bit of brown sugar all combine to give these scones the classic banana bread flavor. 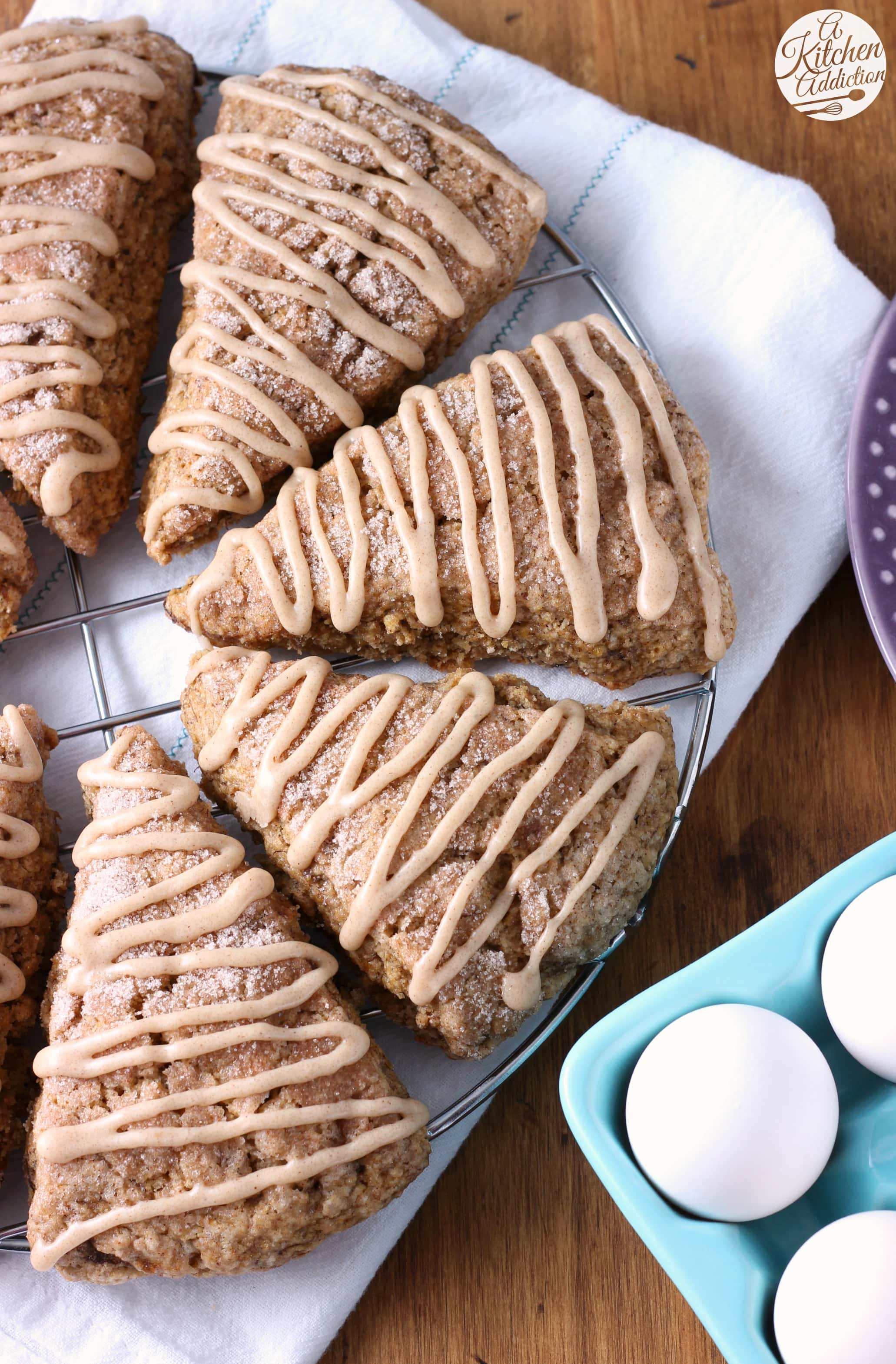 A little cinnamon sugar dusting is added right before baking and a simple cinnamon brown sugar glaze is drizzled over the top after the scones are cooled.

These add more cinnamon and just the right amount of sweetness without going overboard.

A good reason to go buy some bananas and let them go brown so you can get baking!

Don’t forget that there’s an America’s Test Kitchen Cookbook giveaway going on right now! Entry details at the bottom of this post!

For the Brown Sugar Cinnamon Glaze 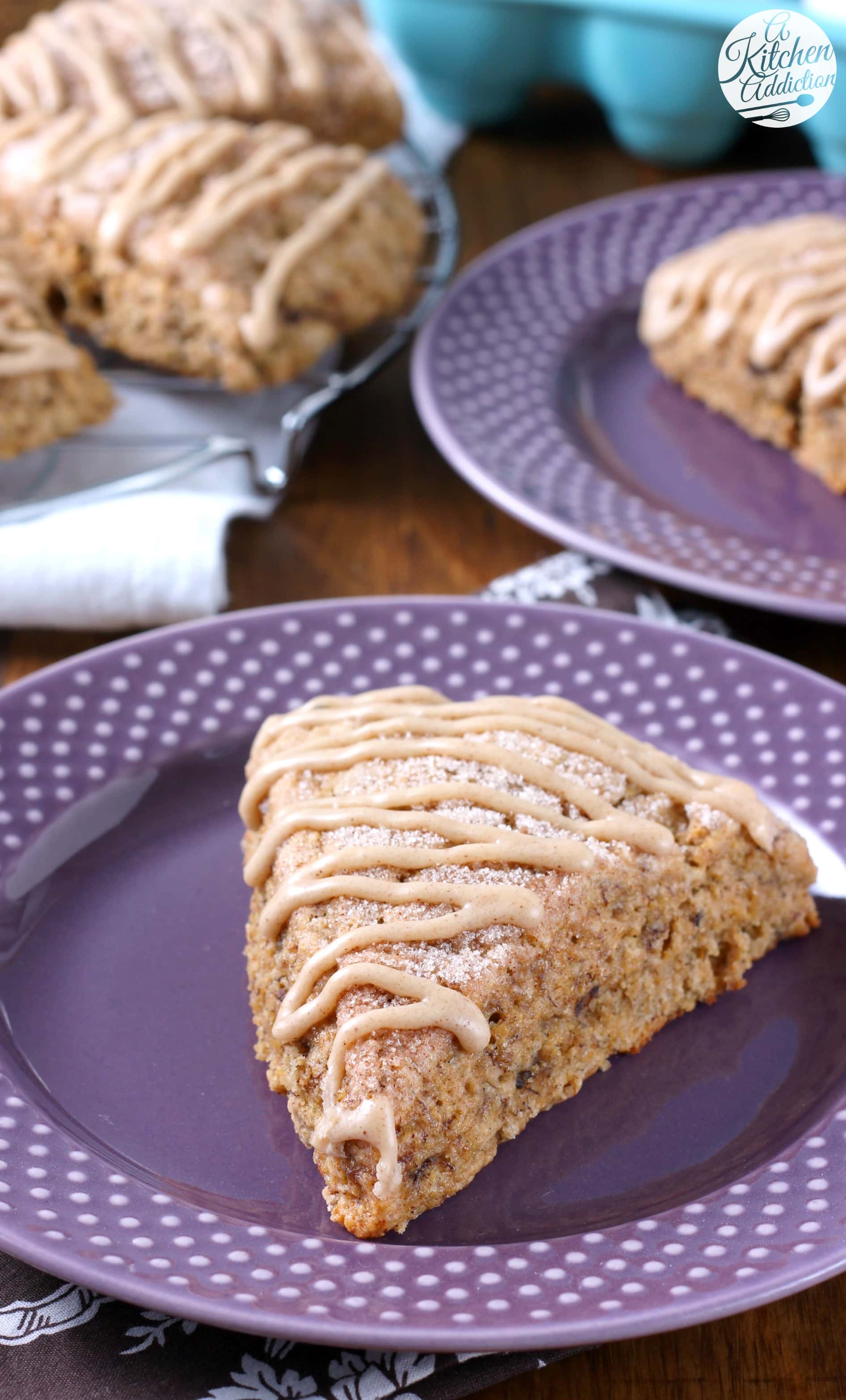 These easy Cranberry Orange Scones are filled with

Your Thanksgiving turkey doesn’t have to be diff

No tricky pie crust or corn syrup in these Spiced

Thick, chewy, and loaded with peanut butter, these

Crispy on the outside and creamy on the inside, th