Tart, fall apples combine with a cinnamon swirl and streusel filled with apple pie spices in this Cinnamon Swirl Apple Coffee Cake! Pair it with your favorite coffee or tea for a perfect start to your morning! 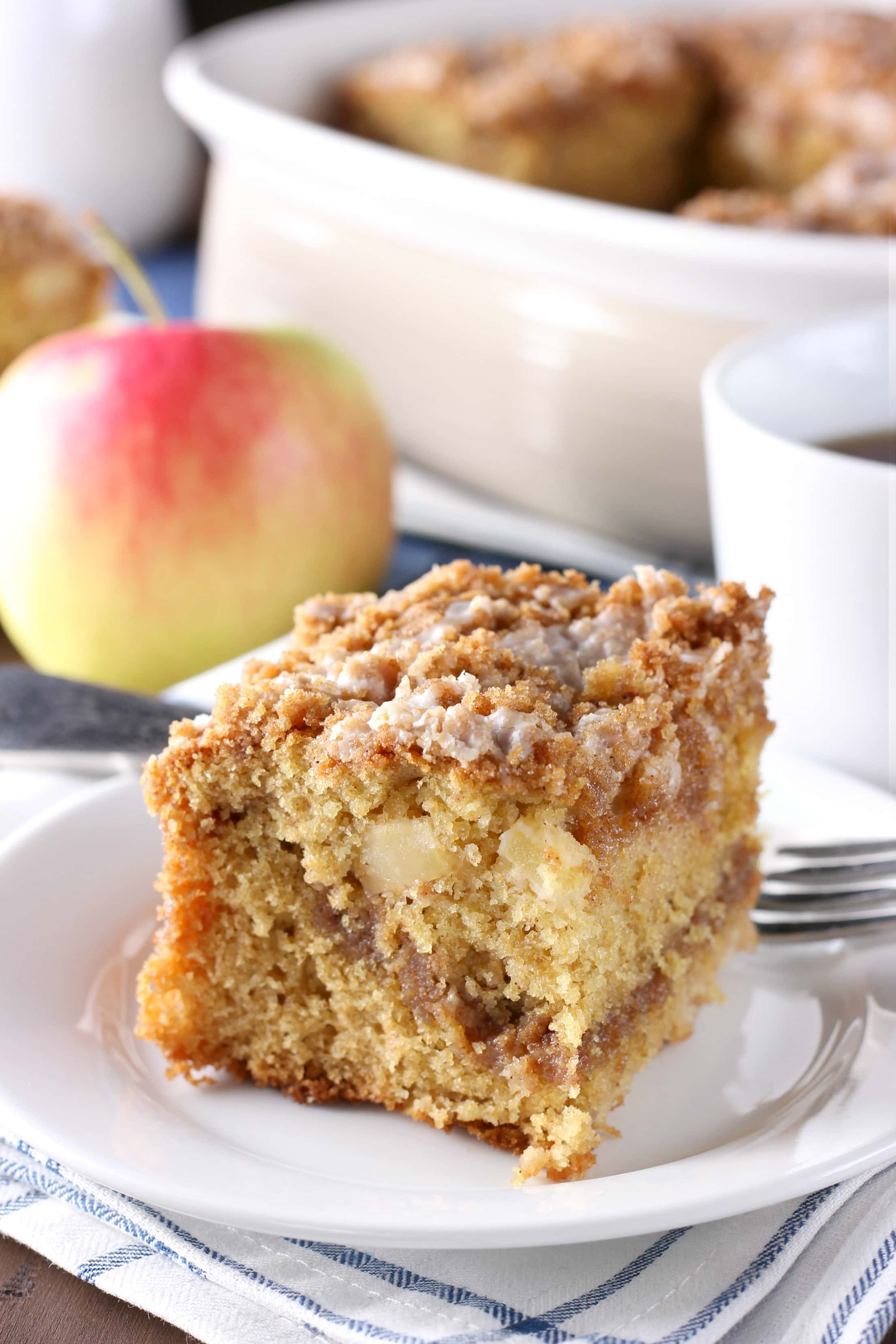 Apple season is upon us! While I love all things pumpkin and pumpkin spice (and eat lots of it!), I really like fall apples. Fall just isn’t fall around here without a variety of apples straight from the orchard. This usually means that we end up with pounds and pounds of apples in our kitchen all season long!

We took care of quite a few pounds earlier this week by making and freezing homemade applesauce, and I’m excited for all of the uses that we’ll have with fresh applesauce all year long! 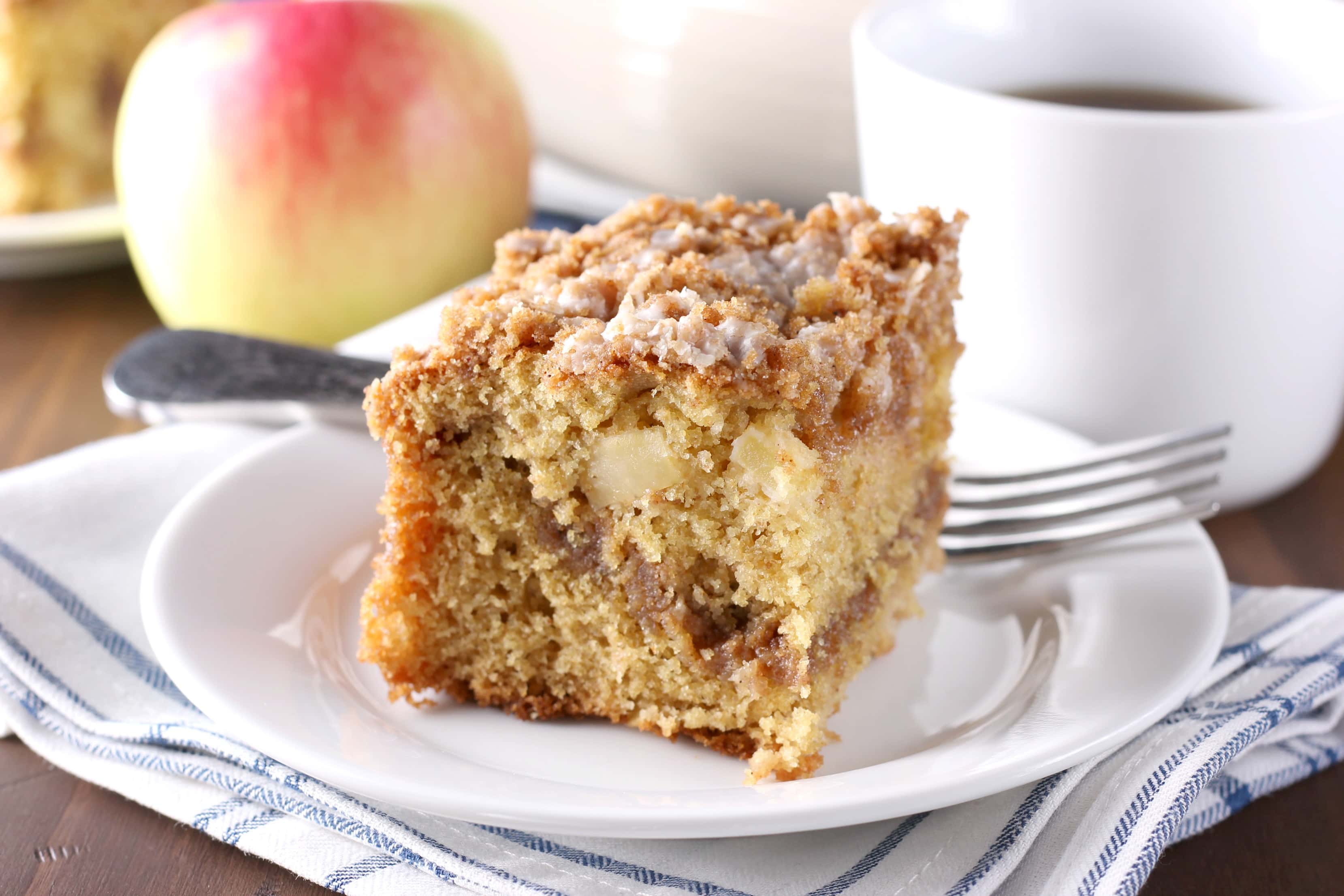 As we were cleaning up, I noticed that we had just a couple apples left after making the applesauce. Obviously I couldn’t let them just sit there, so I decided to make an apple version of our cinnamon swirl blueberry coffee cake.

A simple base cake allows the fall flavors to shine through. Tart, fall apples combine with a cinnamon swirl and streusel filled with apple pie spices. The house smelled amazing while it was baking, and breakfast the next morning was delicious! 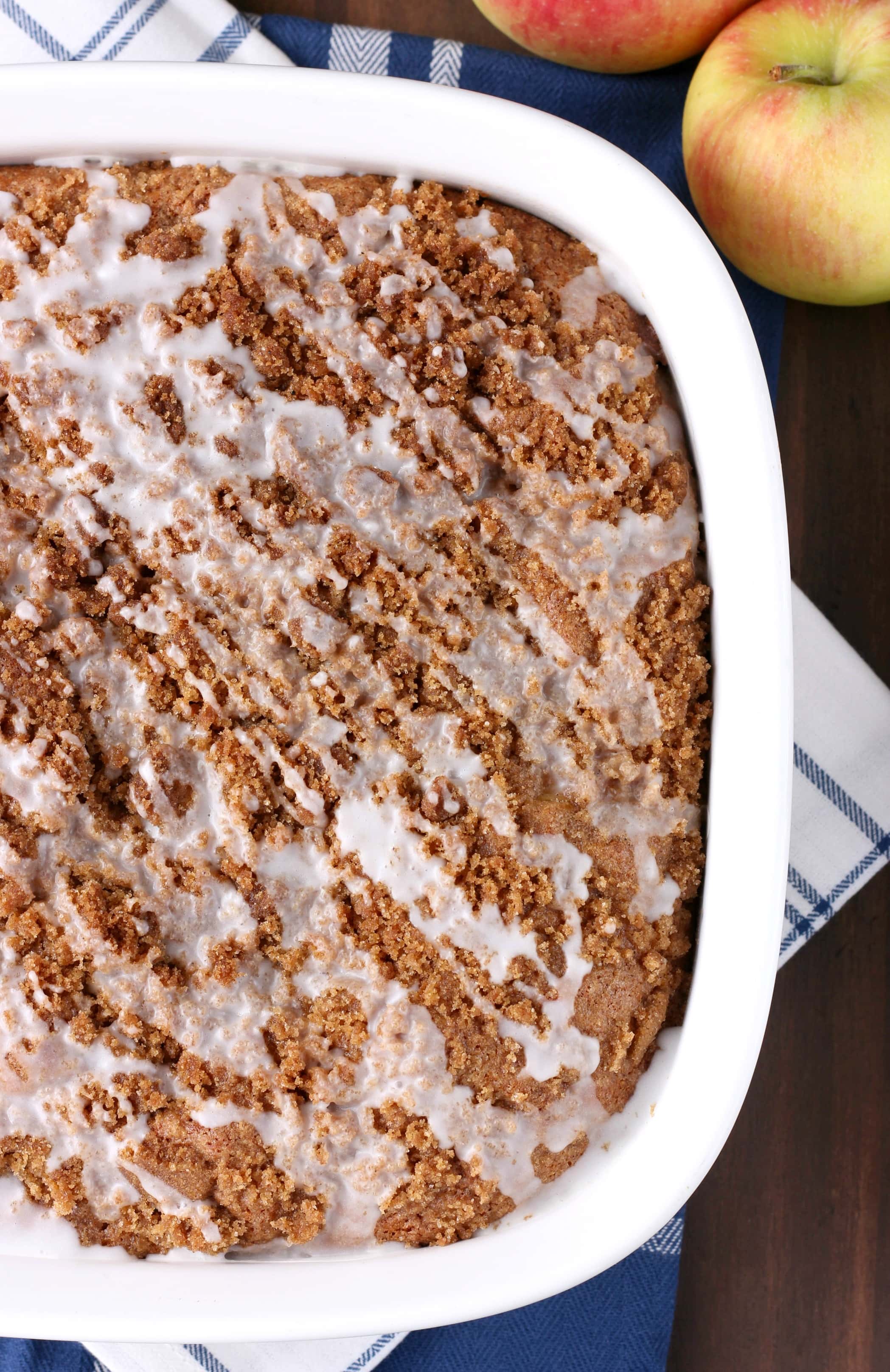 Although I’m definitely a fan of thick layers of streusel, this cake has just a light layer to complement the cinnamon swirl. And it’s just enough!

This coffee cake is the perfect addition to weekend brunch. Cut a big slice, grab a mug of coffee/tea, and spend a few minutes relaxing this weekend!

In a small bowl, whisk together flour, baking powder, baking soda, and salt.

In a small bowl, whisk together flour, sugars, cinnamon, nutmeg, and allspice for cinnamon swirl/topping. Cut in butter until mixture resembles coarse crumbs.

Bake for 35-45 minutes or until toothpick inserted in the center comes out mostly clean with just a few crumbs.

Remove to a wire rack to cool. Stir together confectioner's sugar and half & half until smooth. Drizzle over cooled cake. Allow glaze to harden and serve.

**For a cake that isn't quite as thick, you can make this in a 9x13 inch baking pan. Check the cake at 25 minutes with a toothpick to see how done the cake is. It should take 25-35 minutes. 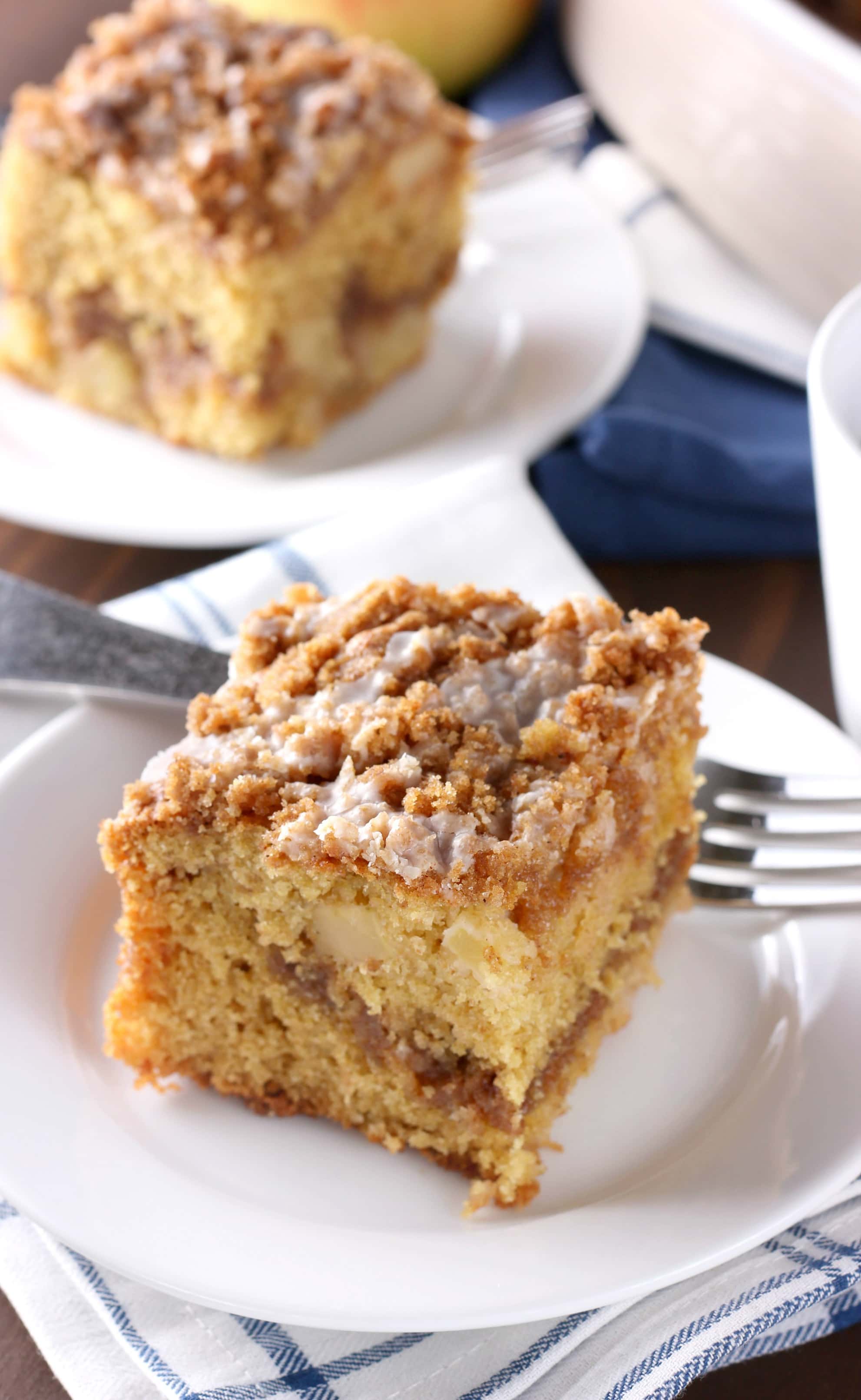 Cool off with a batch of strawberry cheesecake yog

No need to turn on the oven for these peanut butte

Put that surplus of zucchini to good use in this e