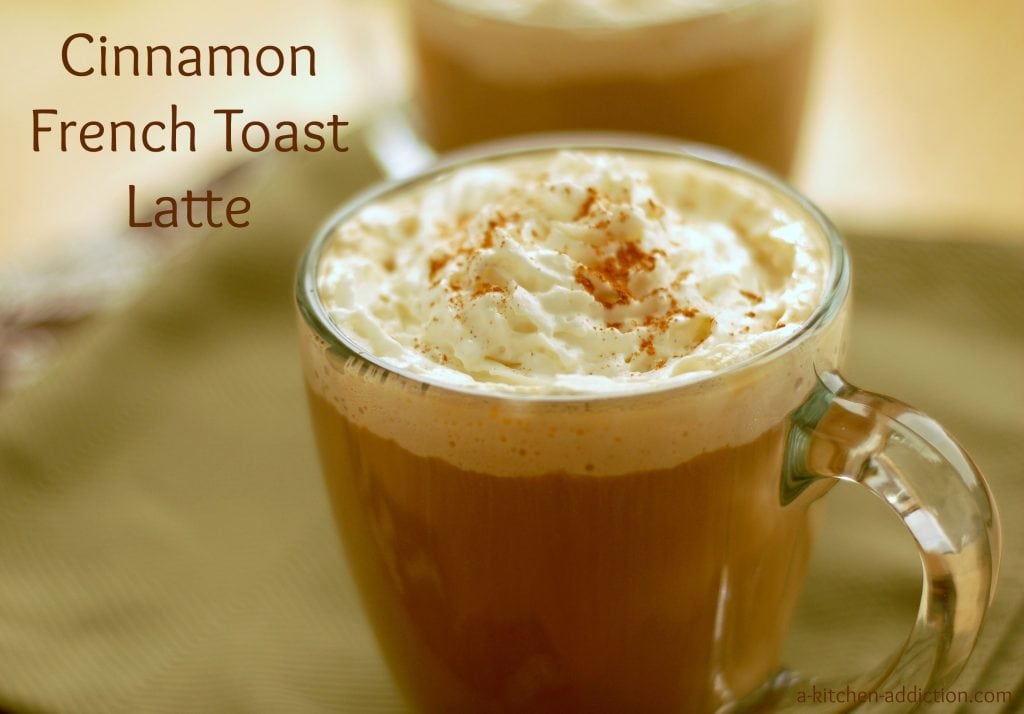 The first time I had a french toast latte was last month at our local coffee shop. As soon as I took the first sip, I knew I wanted to recreate the drink. It was so good! I don’t know if it’s my love for breakfast food that made me love this drink so much or what. There was just something about those brown sugar, maple, and cinnamon flavors with a hint of nutmeg that made the drink stand out. 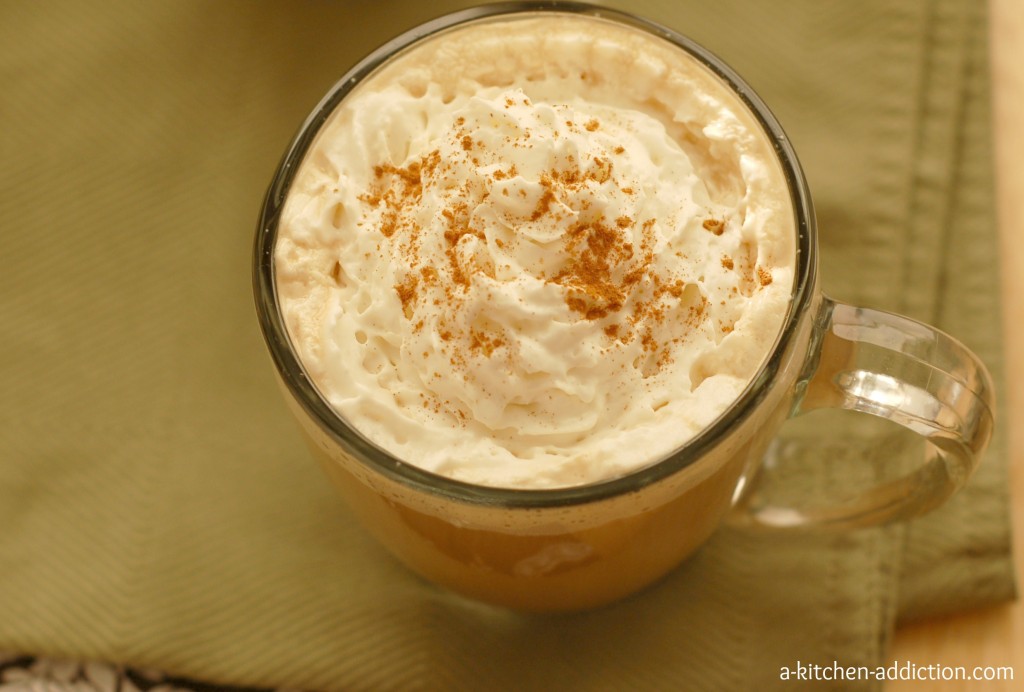 This weekend was a typical chilly fall weekend with gray skies and a little rain. Perfect for staying inside and enjoying a latte! I knew exactly what kind I wanted to make. It wasn’t long before I was sipping on my own version of a french toast latte. 🙂 I prefer my coffee drinks to not be super sweet and only used an 1/8 cup of syrup per mug, so this recipe gives me plenty of syrup to enjoy lattes all week. Now if I wasn’t the only person in my house who liked coffee, it wouldn’t last as long! 🙂 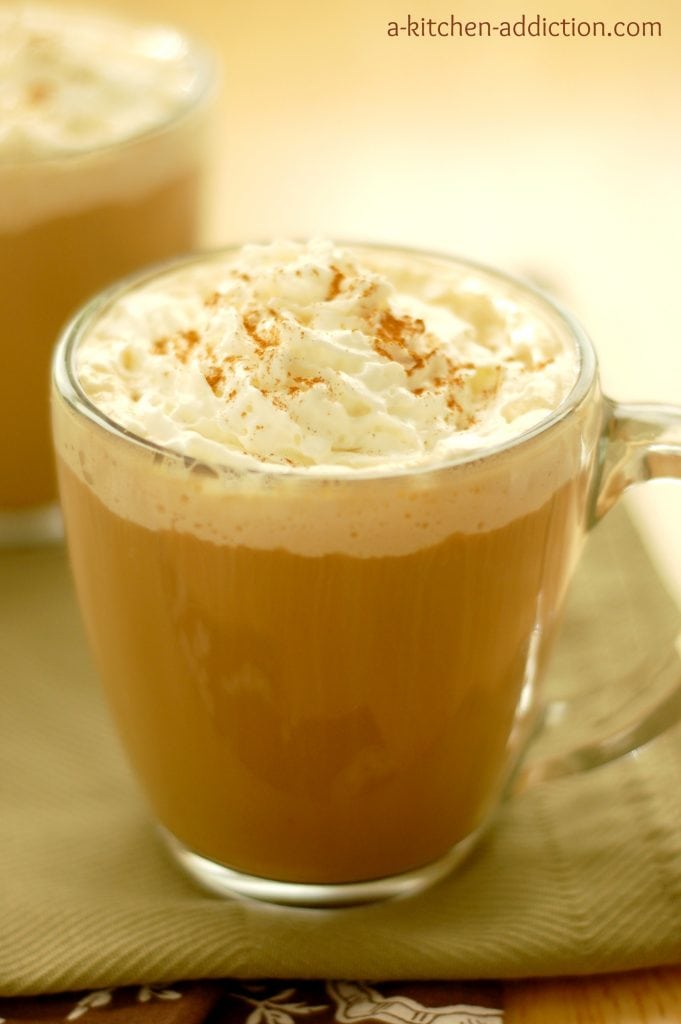 Feel free to add more or less syrup to match your desired sweetness. Also, a little (or a lot!) whipped cream with a sprinkle of cinnamon makes a great finish to these lattes! 🙂

Yield: 1 1/8 C syrup or enough for 4-8 lattes depending on desired sweetness

Miss @ Miss in the Kitchen

What a fabulous treat!

This looks amazing! I love flavoured lattes, my favourite at the moment is gingerbread :-) am definitely giving this a go!

[...] So go ahead and have a couple with a big glass of milk or coffee/tea to power you through the rest of your week! (Oh, and they taste really good with a cinnamon french toast latte!) [...]

Wanted you to know I'm sharing this recipe as my personal favorite at Weekend Potluck today. Please come over and snag your 'featured' button. Thanks again - can't wait to try this.

So perfect for Fall! I would love to have you join my new link party Wednesday Extravaganza! Come by and share this or other recipes. Here is the link http://www.hungrylittlegirl.com/1/post/2012/10/wednesday-extravaganza.html

Can't wait to see you there!