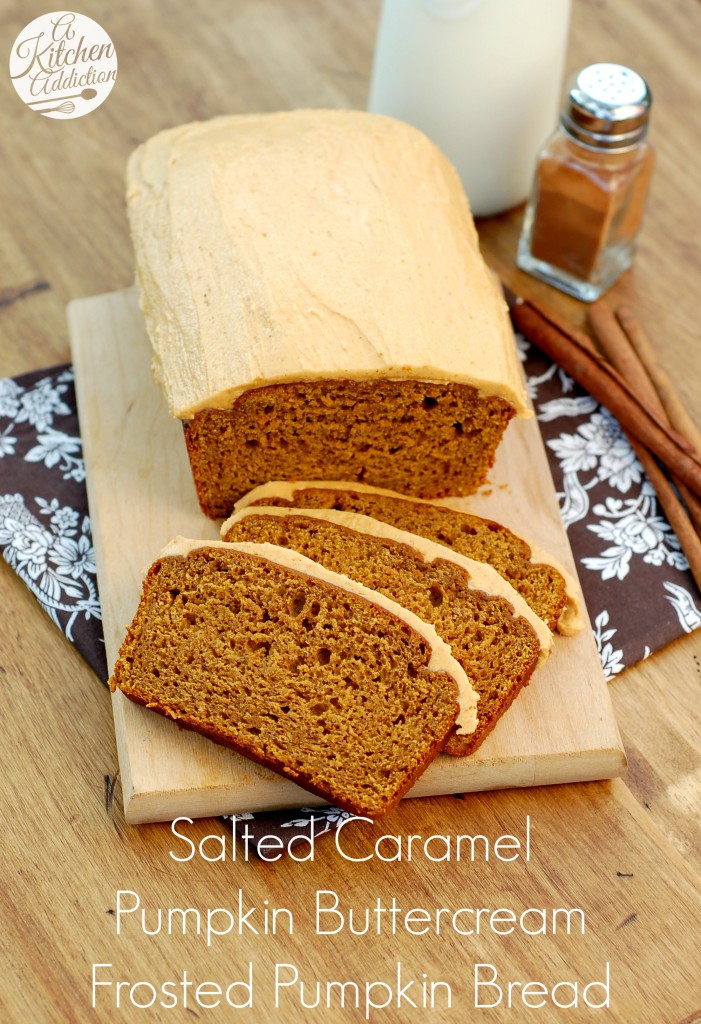 I know, it was 93 yesterday and today is supposed to be even hotter. I can’t help it. Last week it was in the 50’s when we woke up, and I just had to break out the pumpkin!

Of course, I had to make pumpkin bread first. It is one of my favorite fall breakfasts or desserts or snacks or any time of day foods! 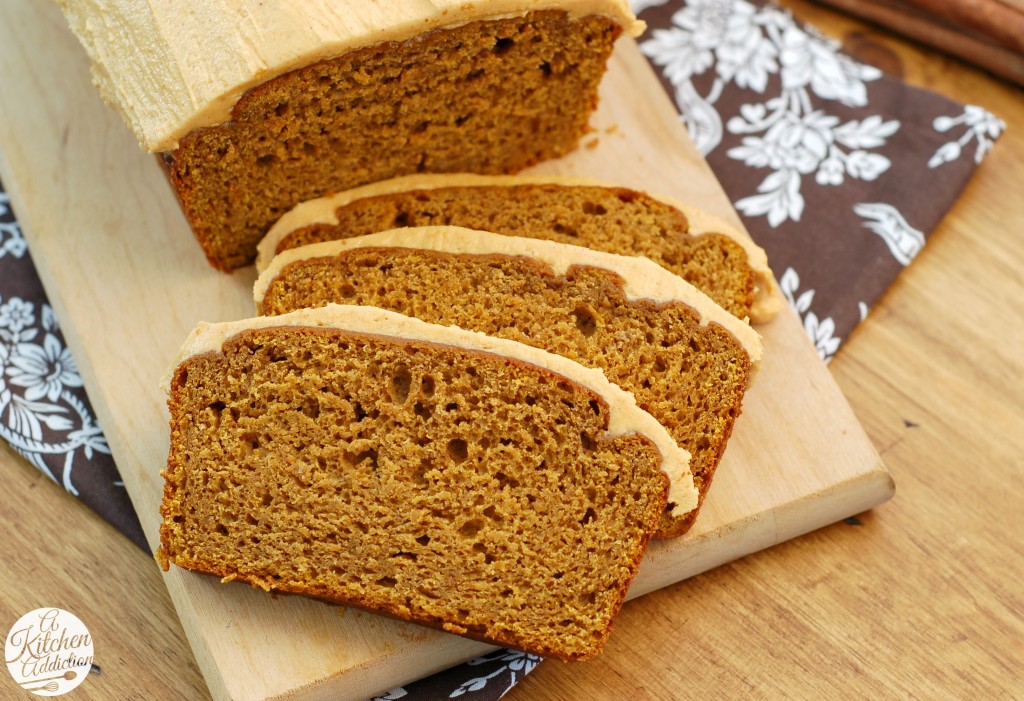 This pumpkin bread was a favorite of ours last year, so it only seemed fitting that it would kick off the pumpkin recipes this year!

I made some changes to the original recipe that I had last year, and I think we finally settled on a good balance of healthy and flavorful.

I made as many healthy substitutions as possible while still keeping the texture and rich flavor that I remembered. 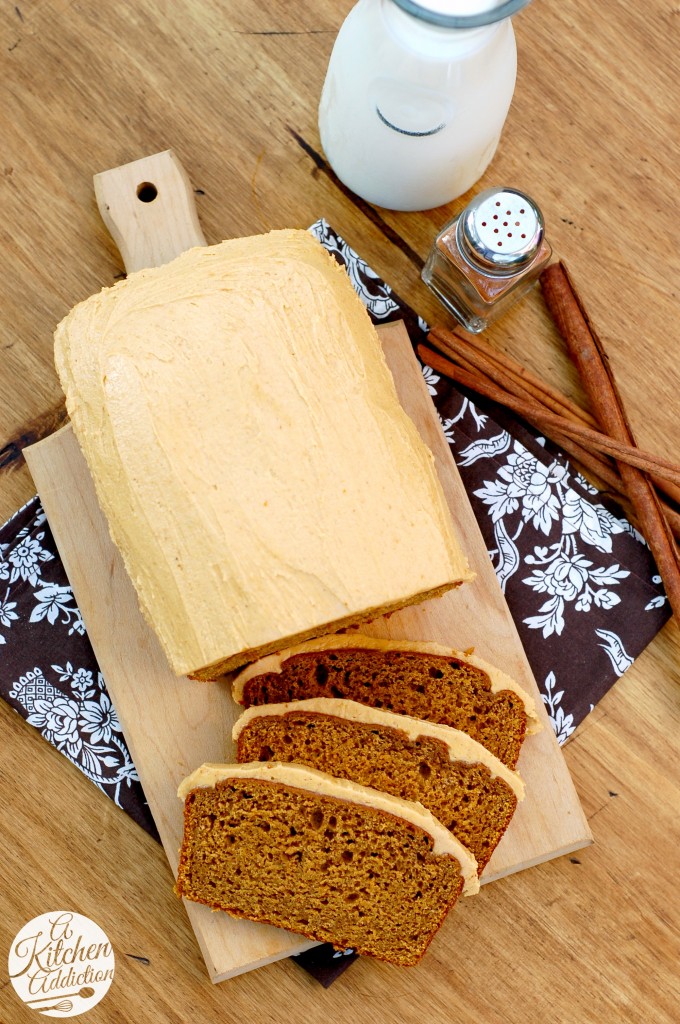 Greek yogurt is used as the main source of fat in this bread and only 2 1/2 tablespoons of butter are used in the frosting!

In order to maintain the richness of the buttercream frosting, I incorporated the salted caramel right into the frosting instead of drizzling it on top. That allowed me to cut back on some of the sugar and butter that last year’s version contained.

The bread is filled with cinnamon and other fall spices that give it flavor without added calories. Cut a thick slice and enjoy with a large glass of milk or mug of hot coffee. You’ll find that it’ll be your new favorite way to start your day!

These easy Cranberry Orange Scones are filled with

Your Thanksgiving turkey doesn’t have to be diff

No tricky pie crust or corn syrup in these Spiced

Thick, chewy, and loaded with peanut butter, these

Crispy on the outside and creamy on the inside, th