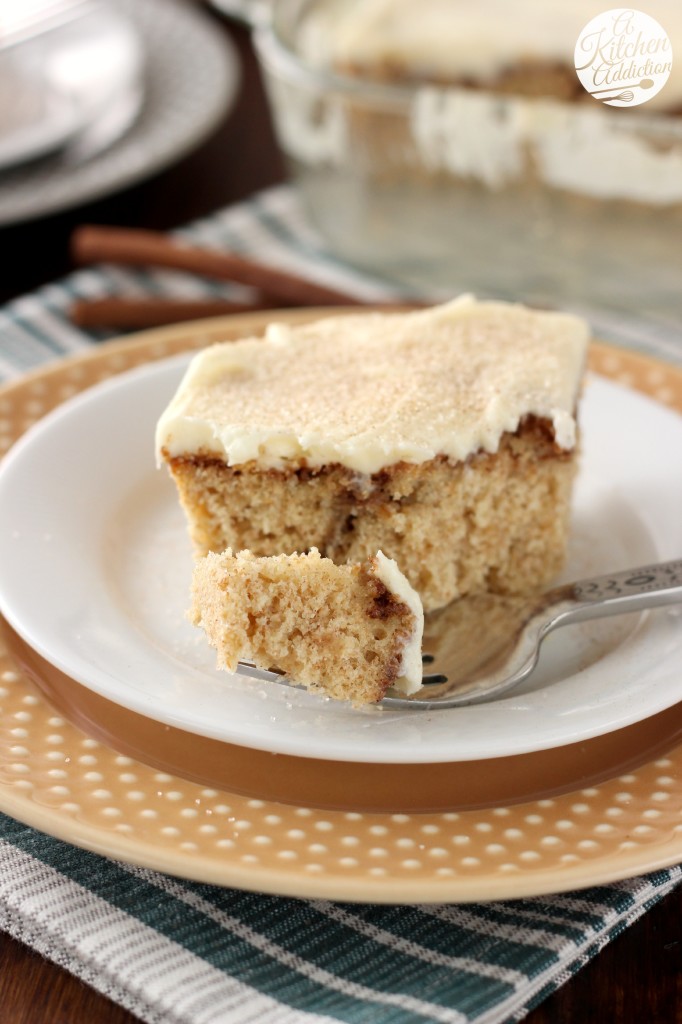 I broke out the eggnog for the first time of the season this weekend! When it comes to eggnog, I always wait until the first snowfall. That snowfall finally happened this weekend!

I’m that way with both eggnog and peppermint. It just doesn’t feel like it’s time for those flavors until snow makes an appearance. (Good thing I live where it snows!)

I also made an eggnog cinnamon roll cake this weekend, and it was too good to not share with you right away! 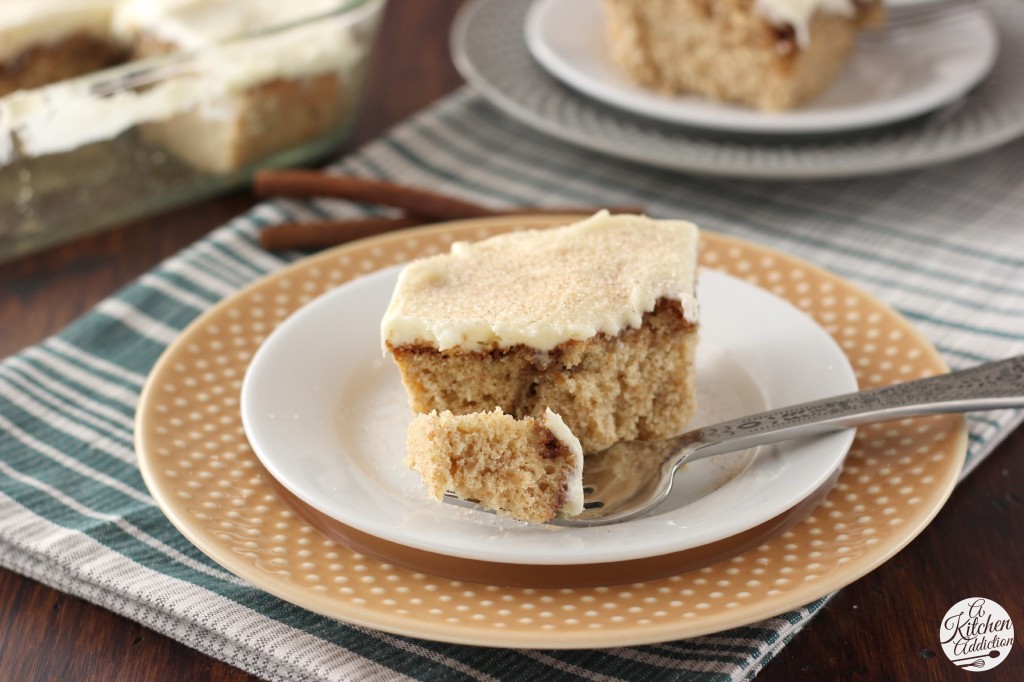 All of the flavors of a cinnamon roll, but without all of the work! 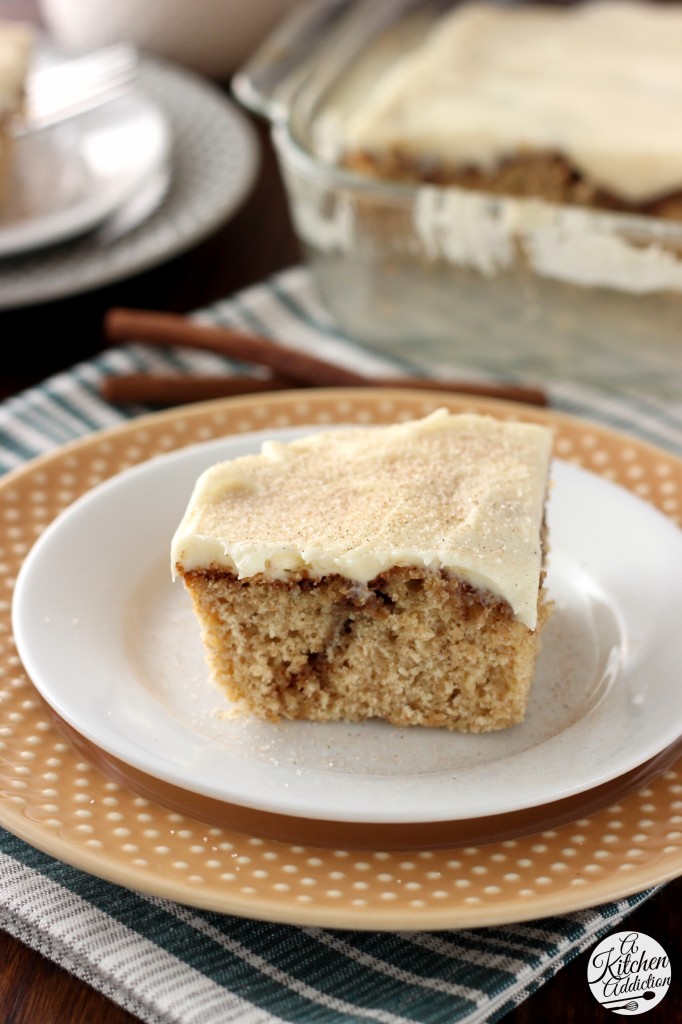 No yeast required! No cake mix either! This cake is made completely from scratch. Half whole wheat and half all-purpose, this cake is heartier than a typical cake but is still tender and moist. Swirls of cinnamon, nutmeg, and cloves are dispersed throughout just like the filling of a cinnamon roll.

Since it’s so easy to make, you can make it the morning of and enjoy it warm or make it the night before and have it ready and waiting for you when you wake up! Enjoy! 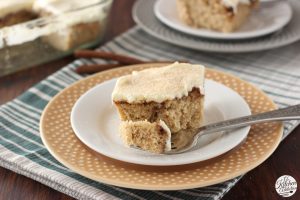 Print
Author: A Kitchen Addiction
Serves: 9
Ingredients
For the Cake
For the Filling
For the Frosting
Instructions
3.2.2265 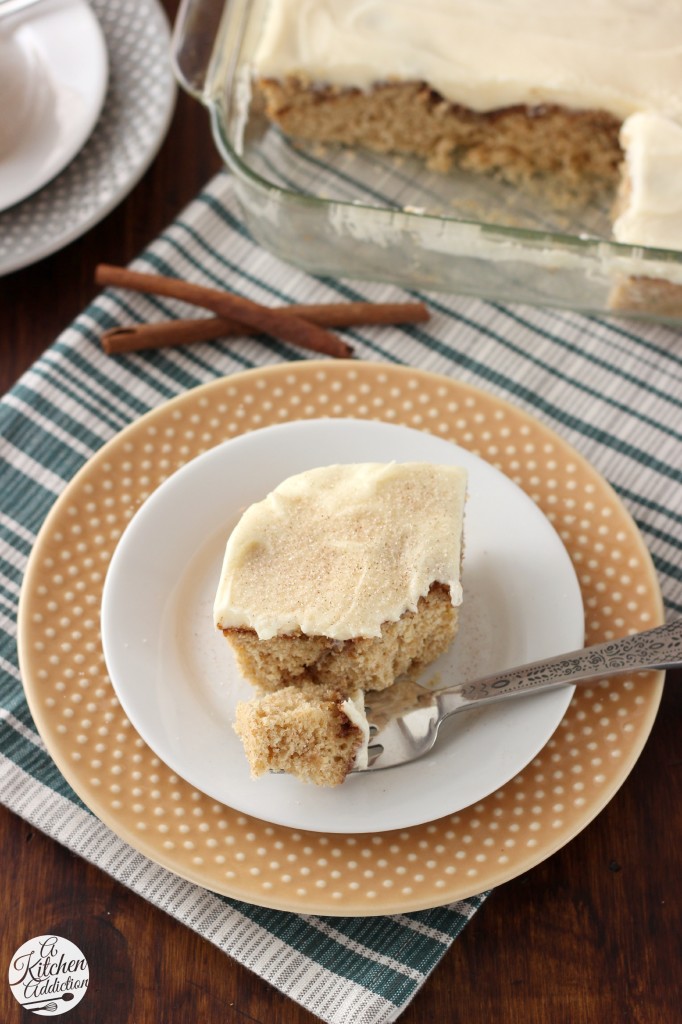