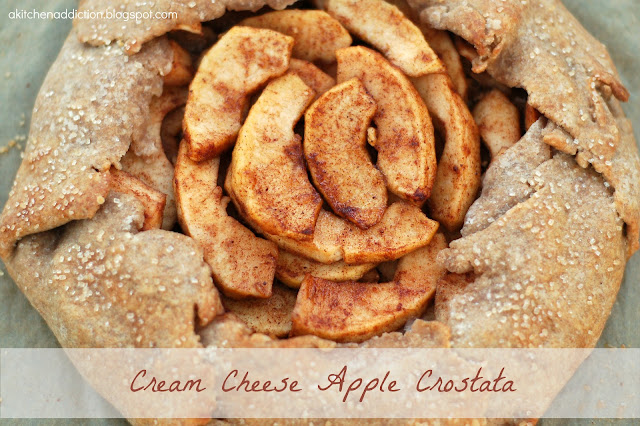 I’m not sure why, but this is the first time I’ve made a crostata. Maybe because I don’t mind making pie or maybe because I’m stuck in a rut making the same pies (that’s probably more like it!). Whatever the reason, I’ve been missing out! 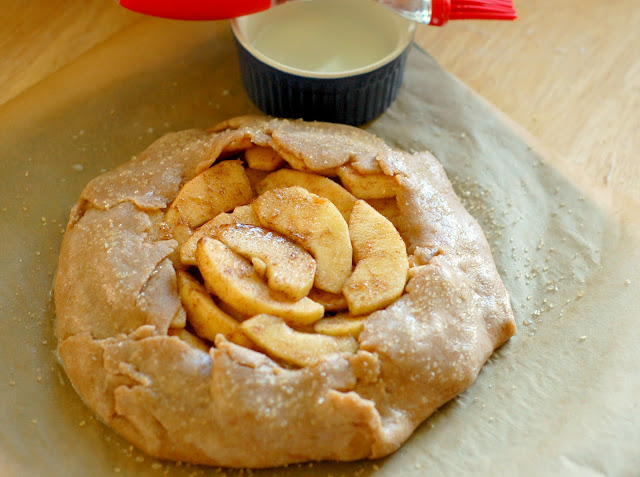 They look great. In fact, with a crostata, you don’t have to have a perfect looking crust! They take hardly anytime to make or bake, about half the time as a double crust apple pie (which happens to be my favorite!). And the most importantly, they taste just as good as a labor intensive pie! Yes, I will be making it again. 🙂 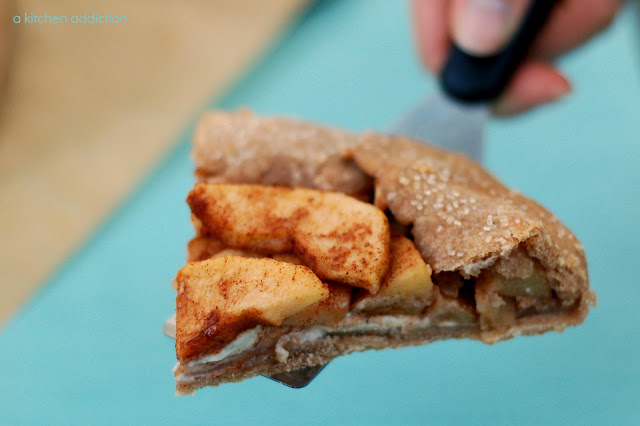 Especially this one. The thin layer of sweetened cream cheese blends beautifully with the spices of an apple pie and the tartness of the apples. Plus, the crust contains whole wheat flour and olive oil. No shortening or butter but still a great flaky crust! You really need to try it. 😉 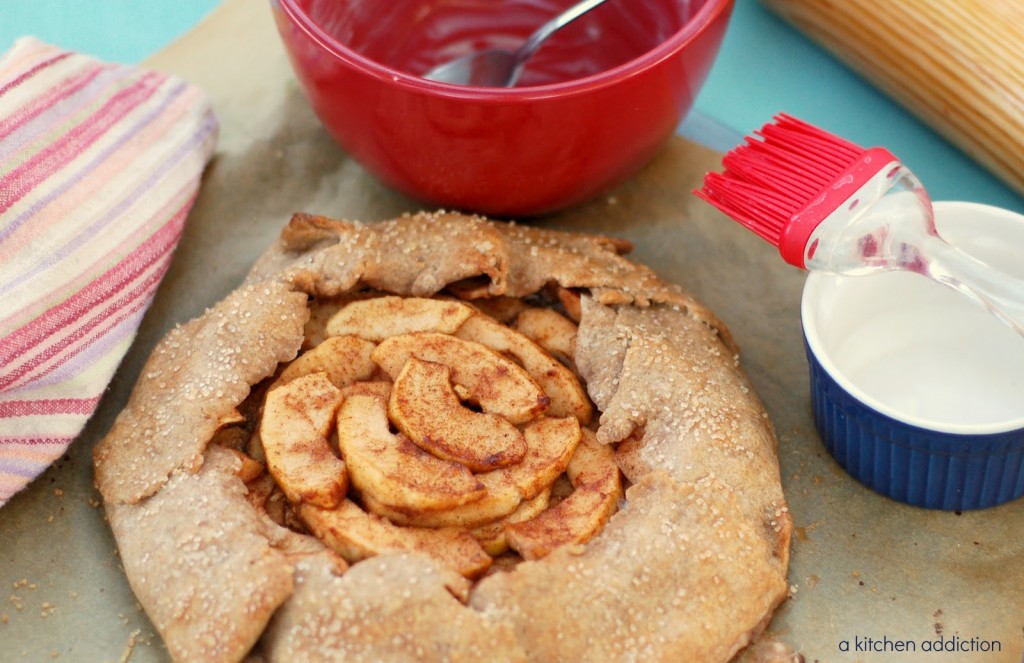 Oh, and next time I make this, I will be doubling the recipe. Or maybe tripling it. . . Let’s just say this crostata for two didn’t last long!

Directions
This recipe is adapted from Eat Good 4 Life.

Beautiful! We're always looking for desserts for just us!

OK - 3rd time's the charm...THANKS FOR LINKING UP AT WEEKEND POTLUCK.

Have you considered adding a print button? Would be so nice...=D