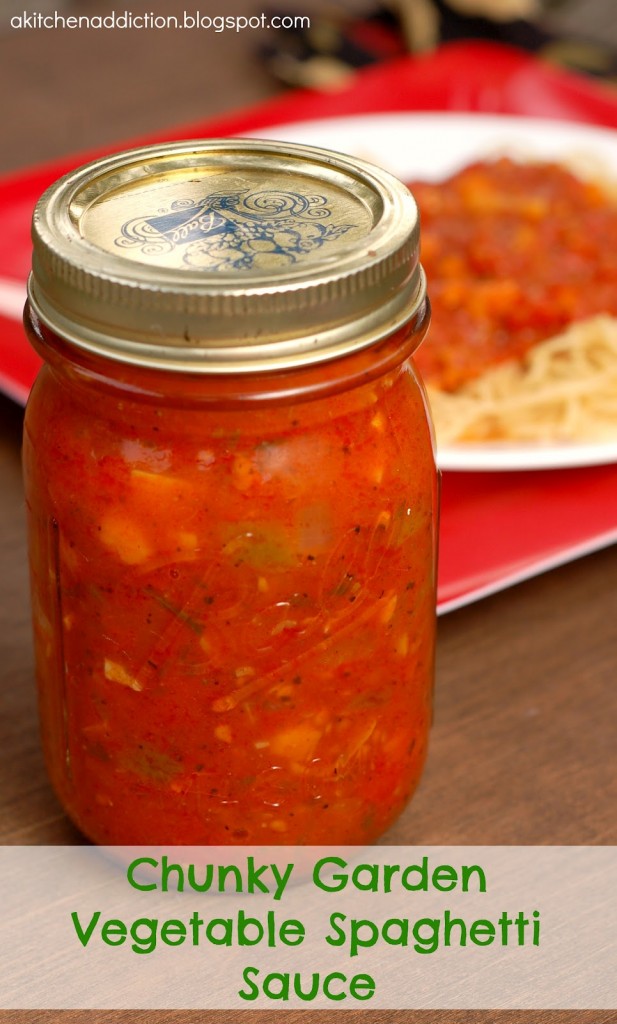 Have a lot of tomatoes sitting on your counter that need to be used up before they go bad? That’s the situation I found myself in a few days ago. When we were up at my parents’ house for Labor Day, we were given lots of tomatoes!

Yeah, we kind of hit the jackpot of fresh produce while we were there! Having all of that fresh produce was great, but we couldn’t eat it fast enough! 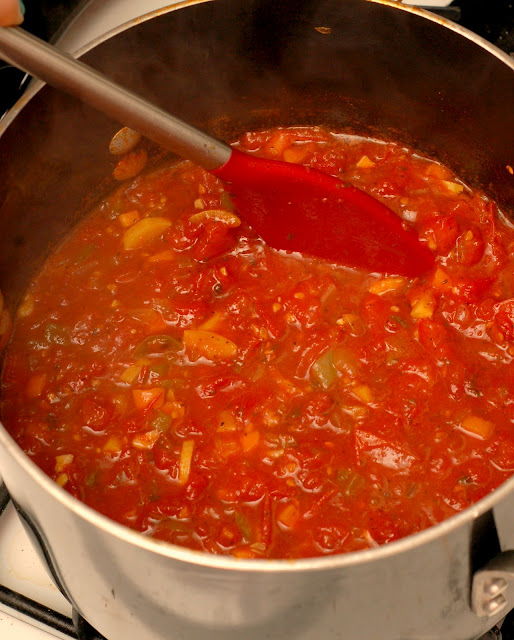 I had found a way to use all of the beans, corn, and radishes, but I still needed a way to use the tomatoes and summer squash. I had never tried making my own spaghetti sauce, so I figured now was as good of time as any! 🙂

I love hearty spaghetti sauce that is loaded with veggies, so I set out to make a nice hearty sauce using the vegetables I had on hand. Those vegetables happened to be green peppers, carrots, and summer squash. 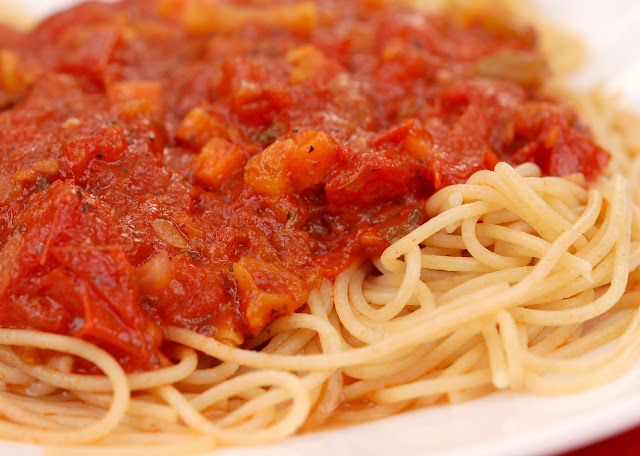 I guess I could say it was a success, because the first thing my husband said after taking a bite was, “This is going on the make again list, right?” 🙂

This sauce is plenty filling by itself and makes for a great meatless meal when paired with whole grain noodles. My husband didn’t even mind not having meat present! 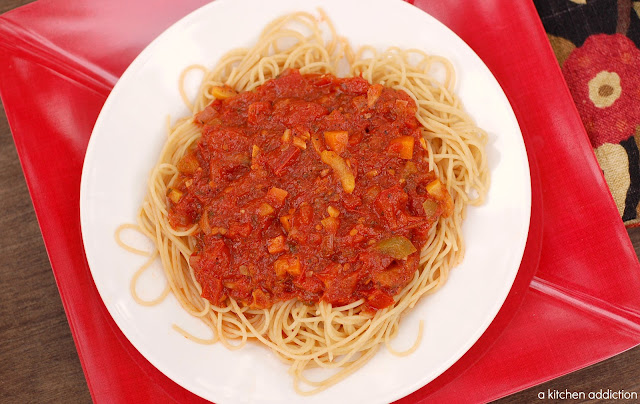 Have a great weekend everyone, and if you have tomatoes that need to be used up, give this spaghetti sauce a try! 🙂 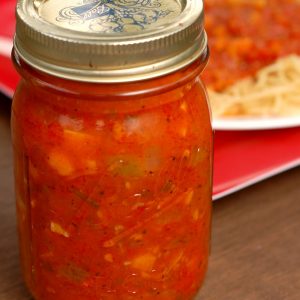