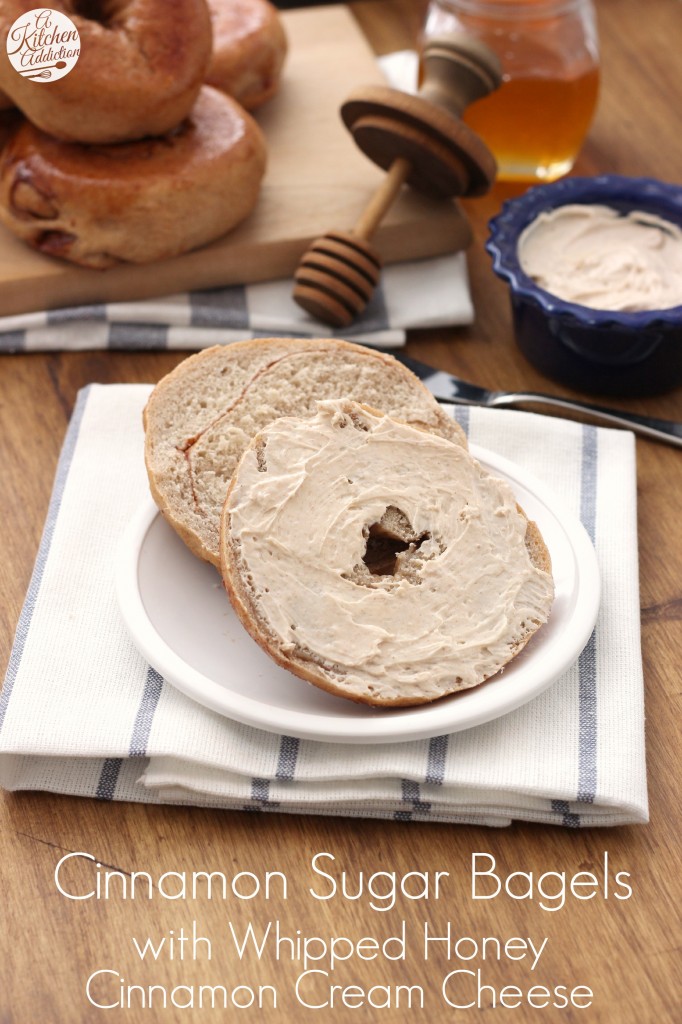 I’m sure you’ve realized by now that I have a thing for breakfast food, especially baked goods. It doesn’t matter if it’s scones, muffins, toast, coffee cake, etc., you’ll most likely find one of them in my house at any given time.

However, I’ve realized I don’t make many bagels. I don’t know why. They are so easy and they can be made with so many flavor combinations. One of my favorites is a cinnamon sugar bagel. 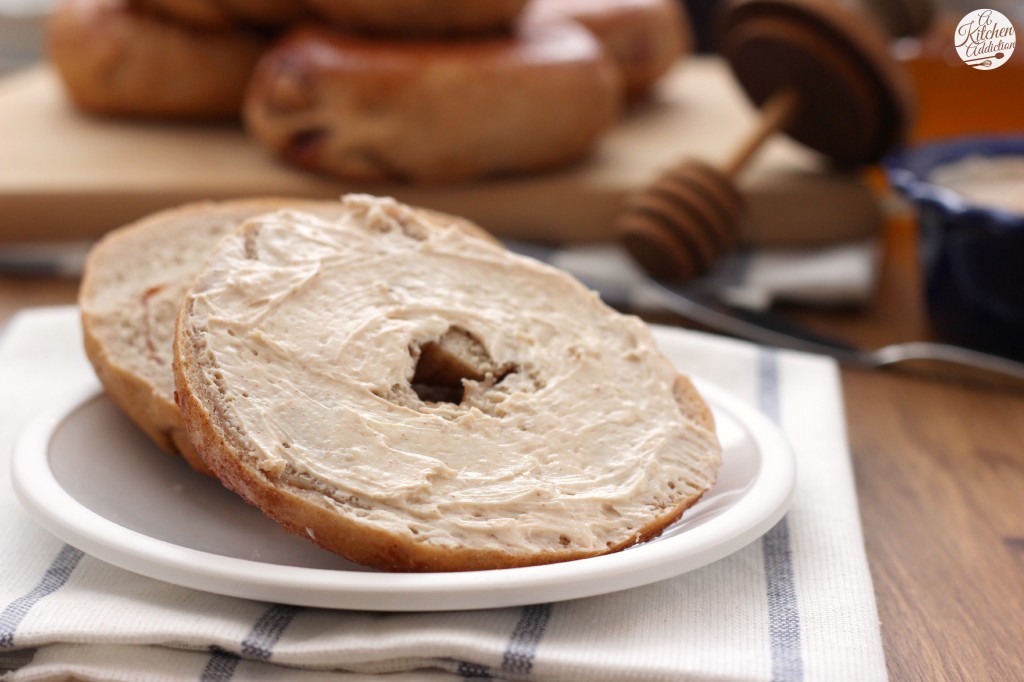 These bagels have cinnamon in the base and a cinnamon sugar swirl that is mixed throughout. To make the flavor even richer, a cinnamon sugar glaze lightly covers the tops of them. An easy whipped honey cinnamon cream cheese is the perfect pairing to these bagels.

If you’re someone who hasn’t made bagels before, you may think that the long list of ingredients and instructions means they’re difficult to make, but the actual process is actually quite easy. Just mix, let rise, shape, let rest, boil, and bake. That’s it! 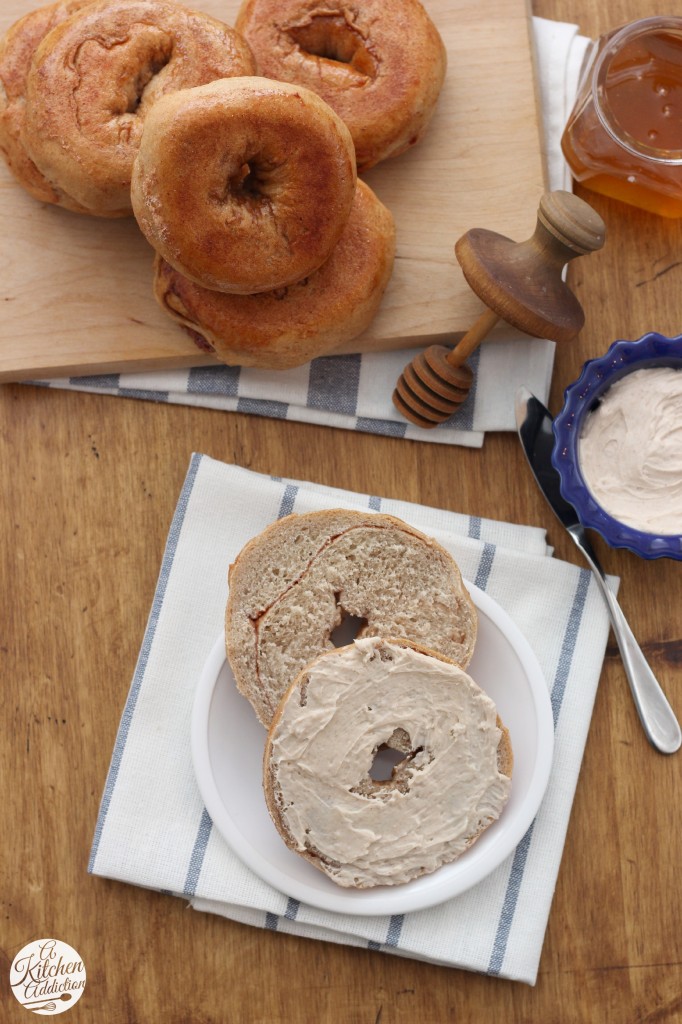 If you are someone who doesn’t like to work with yeast breads because of the time that is involved with rising, you really should give these a try.

When you take the first warm, chewy bite, you realize that the time it takes to make these cinnamon sugar bagels worth it!

Ummmmm, I don't like to leave negative reviews, but these bagels were not that great. They have lots of cinnamon and sugar in them so I was expecting a burst of flavor. They tasted like nothing. They had less flavor than the plain bagels I usually make. My children refused to eat them. I wanted to leave this review since I know I look at reviews for recipes when I'm searching so I wanted to be honest here. Delicious in theory, not so great in reality.

Made these tonight. They were ok. I expected them to be a little bit sweeter. I didn't try them with the cream cheese spread, however. That may have made a huge difference.

These look amazing Jessica! love bagels but have never made them at home and can't wait to try these with that cinnamon cream cheese! Pinning!

I heart these cinnamon sugar bagels!! Could you just make a dozen extra and send them on over?? ;) And that cream cheese-swoon!!!

Cinnamon bagels are my all-time favorite and yours sound amazing! I love the addition of that lovely whipped honey cinnamon cream cheese. Such a nice touch!