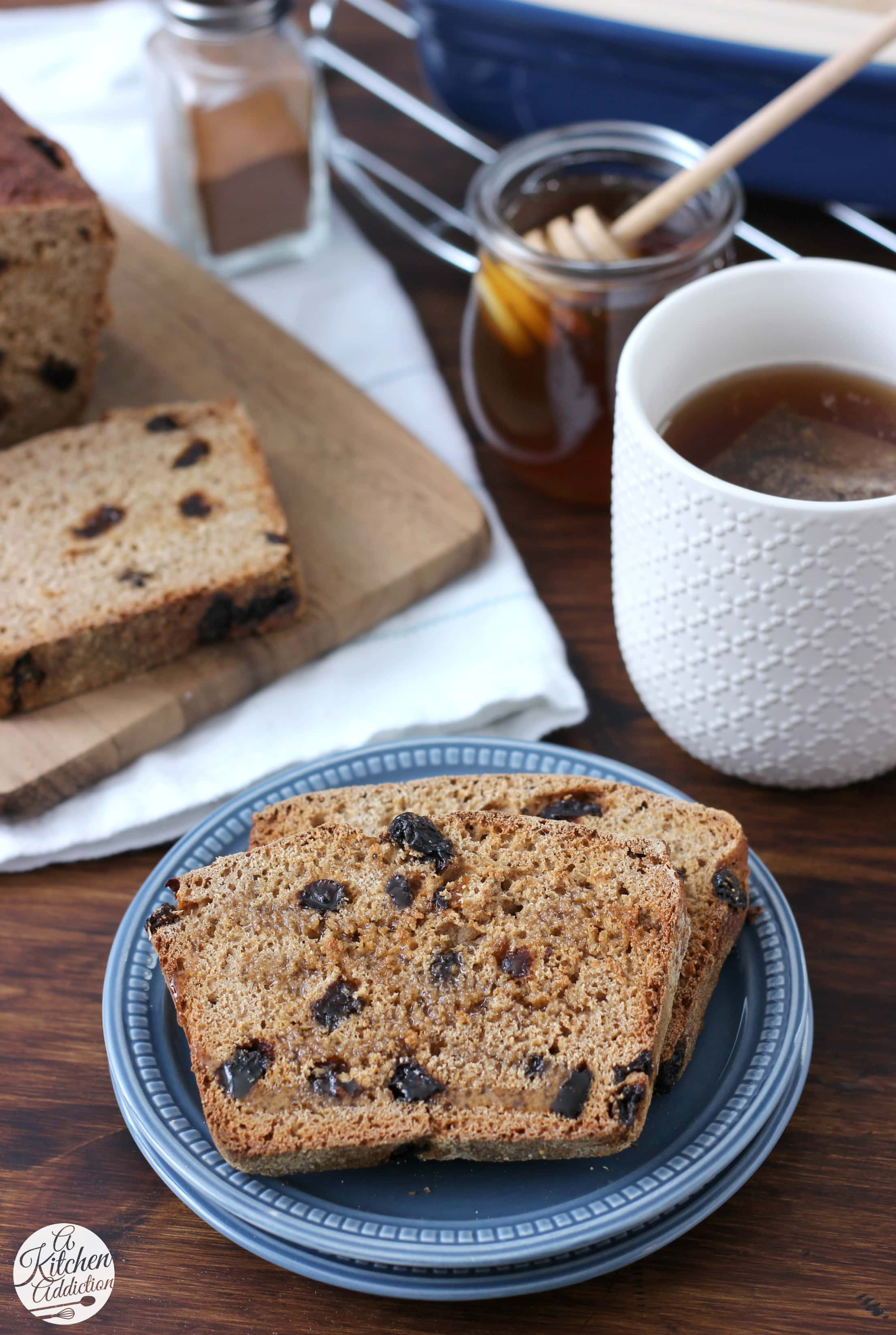 Three. That’s the number of times I’ve made this cinnamon raisin honey wheat english muffin bread in the last two weeks. And it’s not because the first two times were flops. In fact, it’s the exact opposite. We devoured the first loaf before I even had time to think about taking pictures. The second time I was pulling the loaf out of the oven as my husband walked in the door. There was no hope of getting pictures then! The third time I made sure to take pictures before my husband got home! 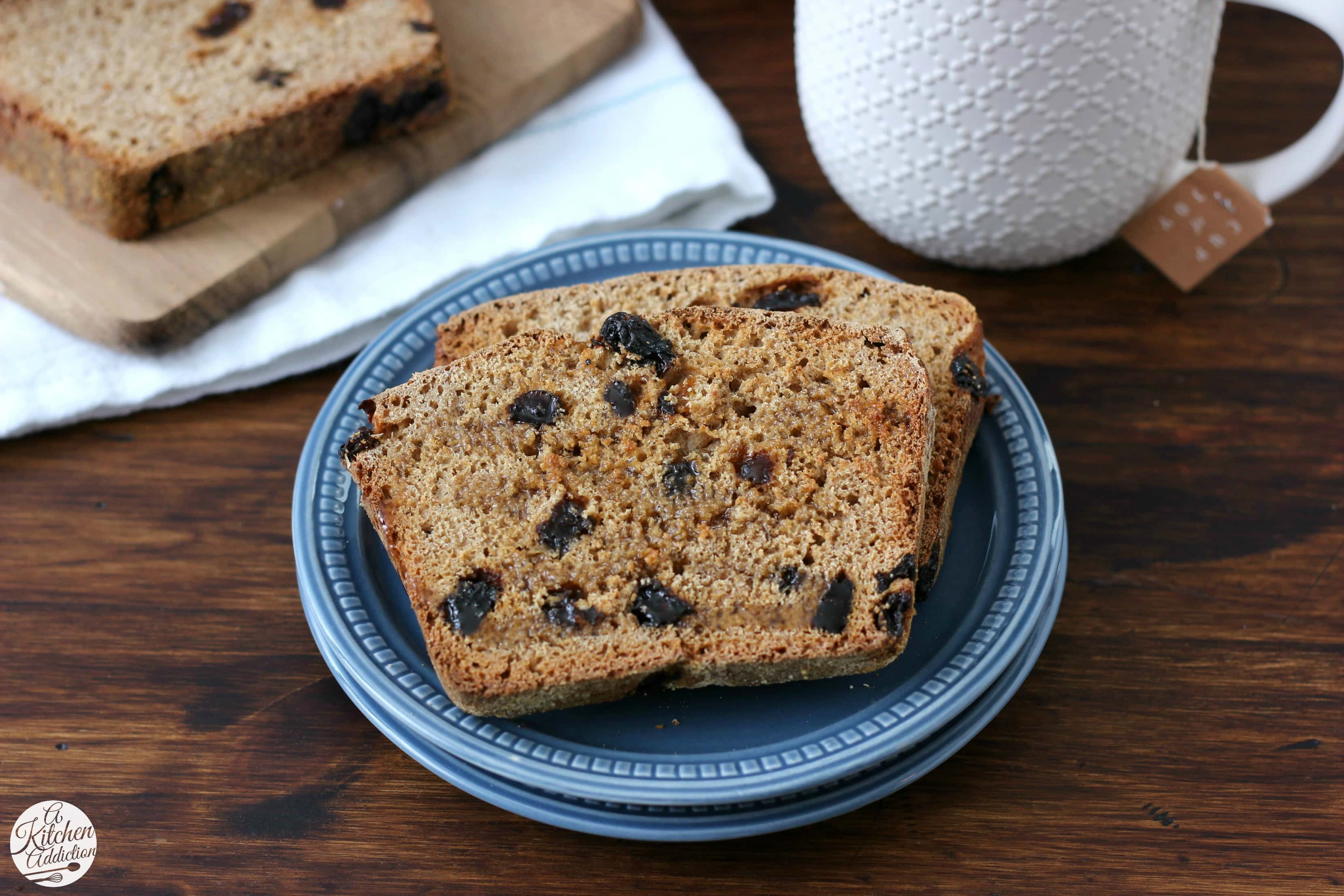 Fortunately, this bread is super is easy to make, so making it three times in two weeks really isn’t that big of a deal. I know I try to convince you that all recipes involving yeast really aren’t that difficult. But on a scale of 1-10 for difficulty of yeast recipes, this english muffin bread is a 1!

You don’t even have to knead the dough! Just mix together the dry ingredients, and beat in the wet ingredients until a dough forms. Stir in the raisins, spread it in the pan, and bake. Then devour. Slice into thick slices, toast, drizzle with honey, and you’re good to go! 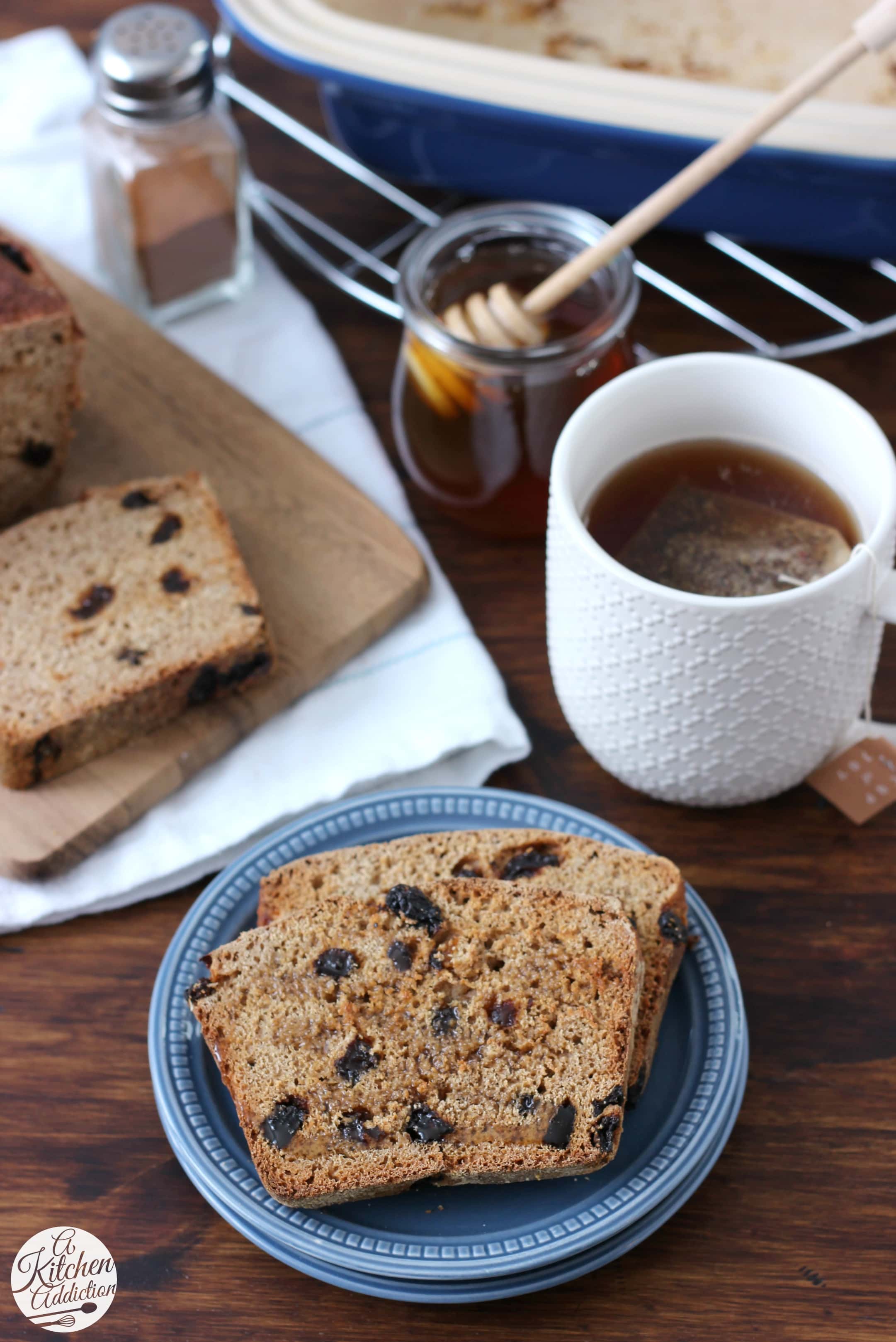 This looks incredible! I love cinnamon raisin everything!

I definitely need to try this! We love English muffins but they can be so pricey to buy -- and homemade everything is just better!

Love bread recipes that are delicious AND easy! This would be perfect for warming me up on a chilly winter day.

This looks perfect for a breakfast with friends! I have been seeing English Muffin breads pop up everywhere lately and I'm realizing I need to jump on board! Looks great!

I love the sound of English Muffin Bread! Wish I had a toasted slice with my coffee for breakfast!