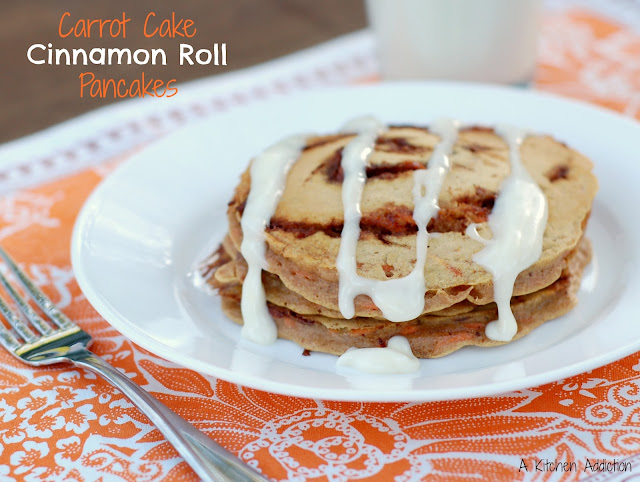 Have you ever had it where you go to the doctor and they say because of your compromised immune system you will most likely get the common side effects of the antibiotics they are giving you? So, you read the labels and see that you are going to be starving, have difficulty sleeping, and dealing with excess energy. However, the exact opposite happens? 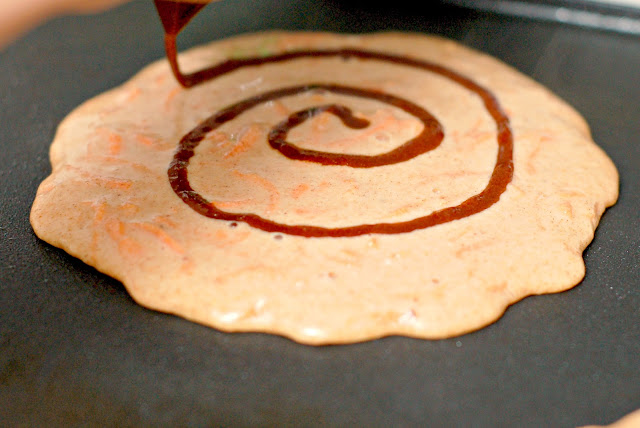 Pretty sure that was me this past week. No energy. No appetite. Definitely no energy to make or talk about food. But let me tell you, when my appetite hit. . .at 3 a.m. (why does ravenous hunger always hit at the most inopportune time?!), I was more than ready to make some food. So, while I ate an apple and some crackers, real exciting, I thought about the food that I wanted to eat! 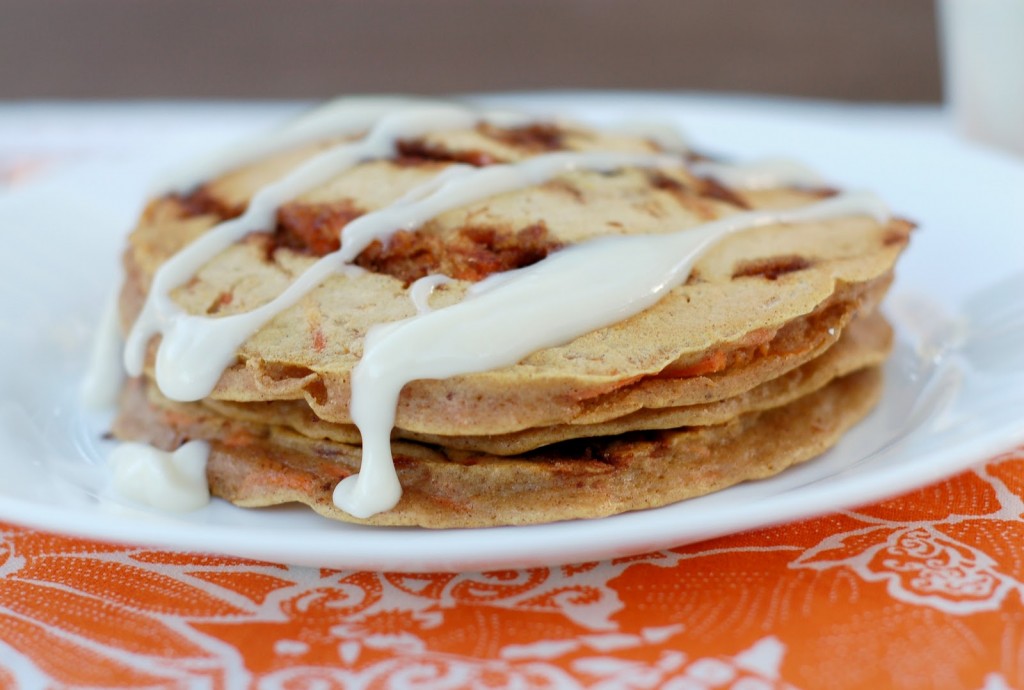 My mind went instantly to breakfast food. Did I want pancakes? Oh, cinnamon rolls sounded good! Wait, what about carrot cake?! Yeah, my mind was definitely not on a nutrition kick! 🙂 So, I decided, around 4:30a.m., that later that morning I may as well just combine all of those foods into one! Plus, pancakes are a lot faster than carrot cake or cinnamon rolls, and I was hungry! 😉 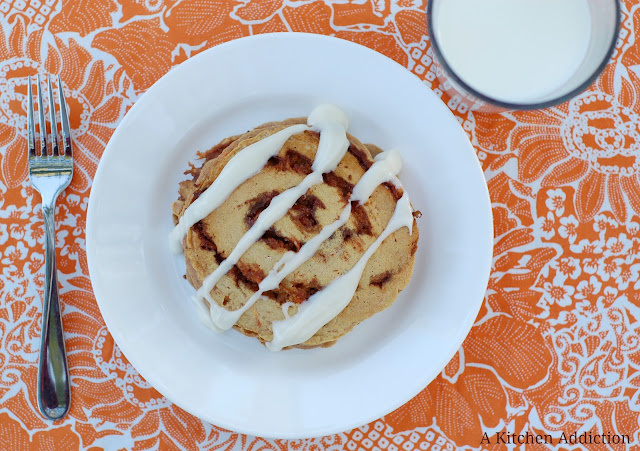 Here are the results! Pancakes that taste like carrot cake with that distinctive cinnamon swirl of a cinnamon roll, and, of course, cream cheese glaze! I tried to make them a little healthier by using some whole wheat flour, as little butter as possible, and only making enough glaze to cover half of the pancakes. So, if you want to have glaze drizzled over every pancake, you will want to double the ingredients. Also, you can leave the cinnamon swirl out of half of them and serve them in stacks of two and you will still get that great cinnamon swirl flavor. However, there is enough in the ingredients to swirl all of the pancakes. Enjoy!

These look amazing!! I am going to have to make them sometime when we're having company. I finally found someone who likes pancakes as much as I do :)

We bumped into your blog and we really liked it - great recipes YUM YUM. We would like to add it to the Petitchef.com.

We would be delighted if you could add your blog to Petitchef so that our users can, as us, enjoy your recipes.

Petitchef is a french based Cooking recipes Portal. Several hundred Blogs are already members and benefit from their exposure on Petitchef.com.

To add your site to the Petitchef family you can use http://en.petitchef.com/?obj=front&action=site_ajout_form or just go to Petitchef.com and click on "Add your site"

Thanks for linking up on 'Or so she says...', hope to see you again tomorrow for another round of 'Your Great Idea'. www.oneshetwoshe.com

Holy, YUMMY!!! This is so creative. Love it.

This looks amazing! I wanted to invite you to Wonderful Food Wednesday at At Home Take 2... love it if you could link up 2-3 recipes. Hope to see you there.

Jessica @ At Home Take 2... Check out our Wonderful Food Wednesday