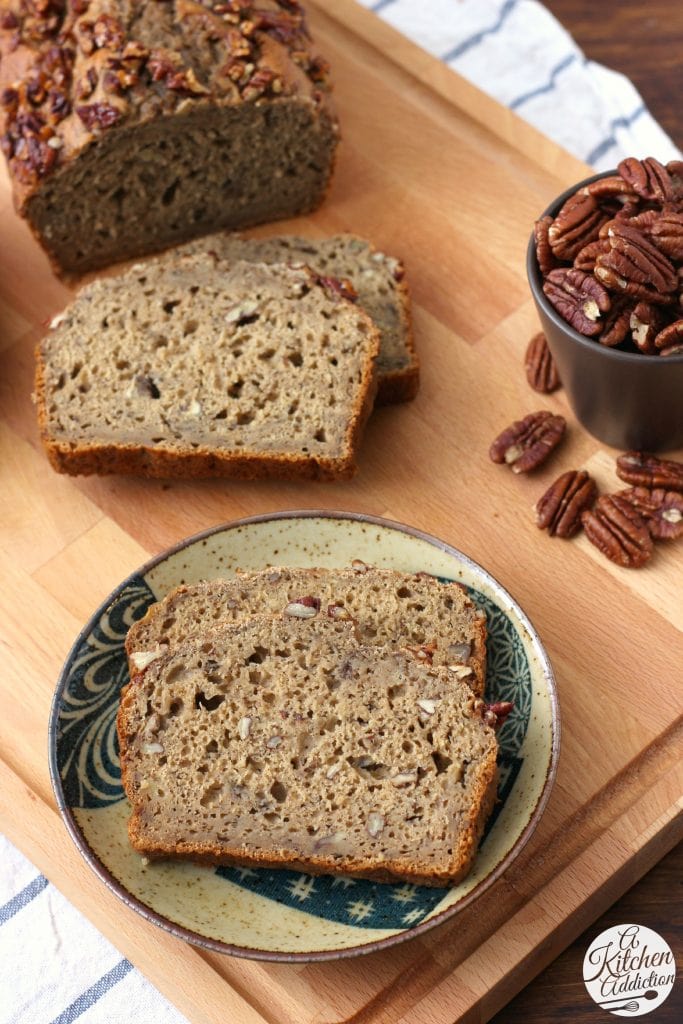 Banana bread is one of those things that you can never have too many recipes for. Well, aside from a really good plain recipe. You need one of those. But when it comes to variations, I love trying all kinds of flavor combinations. Since it’s fall, it was about time that I tried a fall flavored banana bread. Since I’ve been all about maple lately, it shouldn’t surprise you that a maple pecan banana bread was the first one out of my oven! 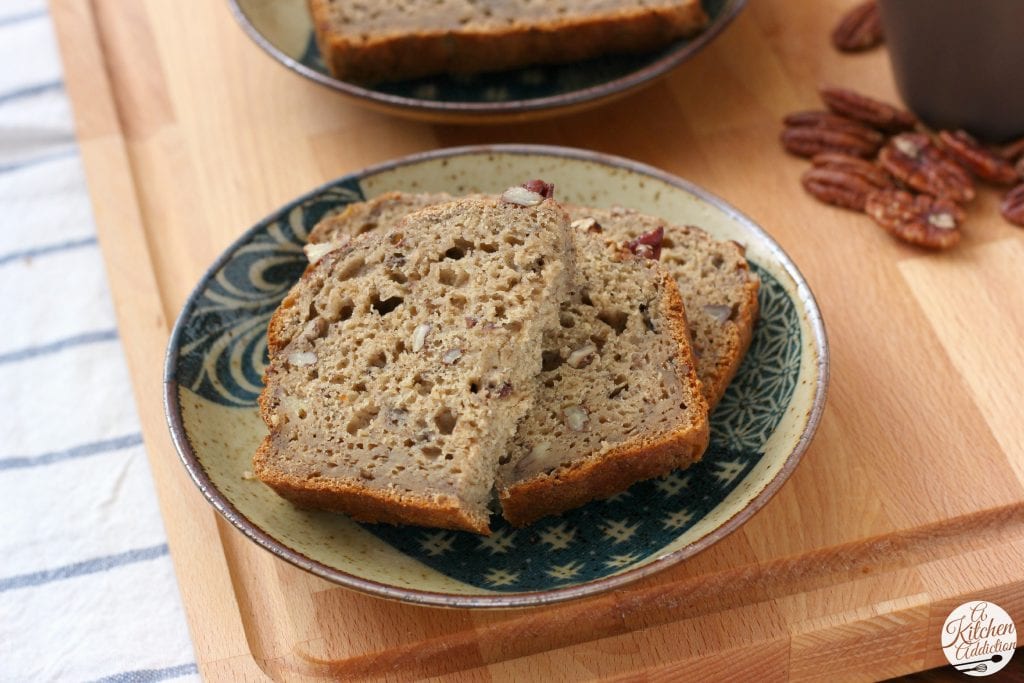 Maple syrup and honey are the sweeteners in this bread and yogurt replaces the use of oil. Chopped pecans add a bit of crunch and a hint of cinnamon gives a boost of flavor. What I think may be my favorite part of this bread is the pecan topping. Chopped pecans are tossed with cinnamon and maple syrup and toast up nicely while the bread bakes. I may have been picking the pecans off the top of the bread because they were so good! 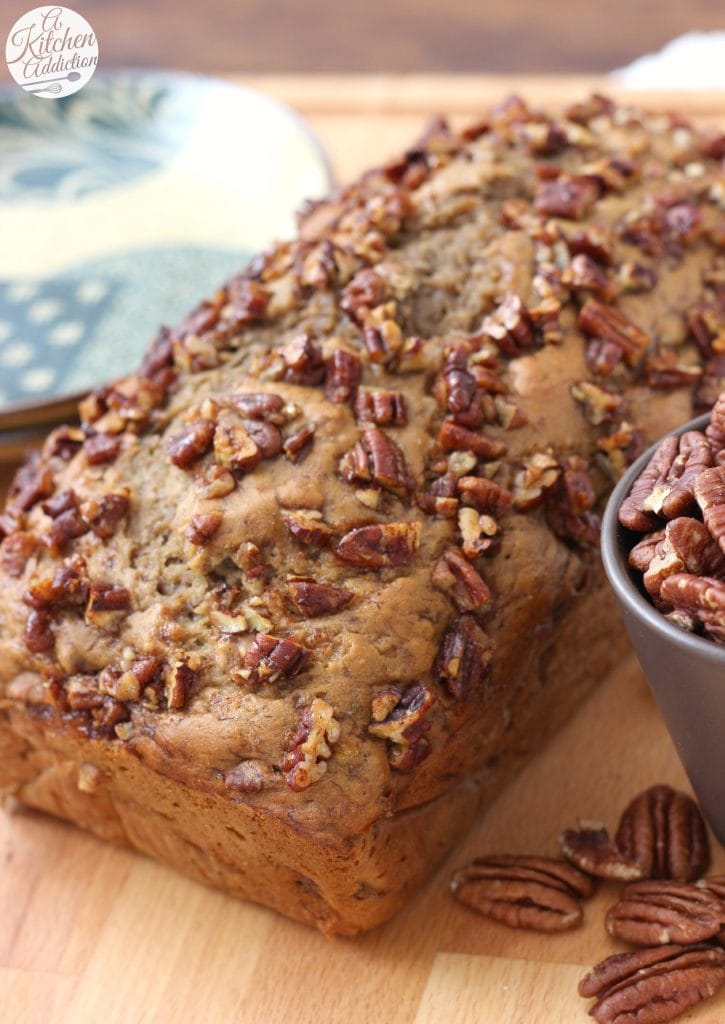 But if you can refrain from picking off all of the candied pecans, they make a great topping to this fall flavored banana bread! If you’re looking for a new banana bread recipe to add to your collection, this one won’t disappoint. You’ll find yourself making loaf after loaf when they keep disappearing! 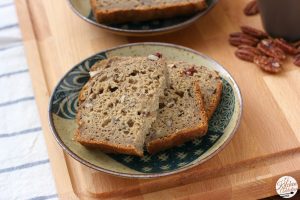 Print
Author: A Kitchen Addiction
Serves: 12
Ingredients
For the Banana Bread
For the Pecan Topping
Instructions
3.3.3077 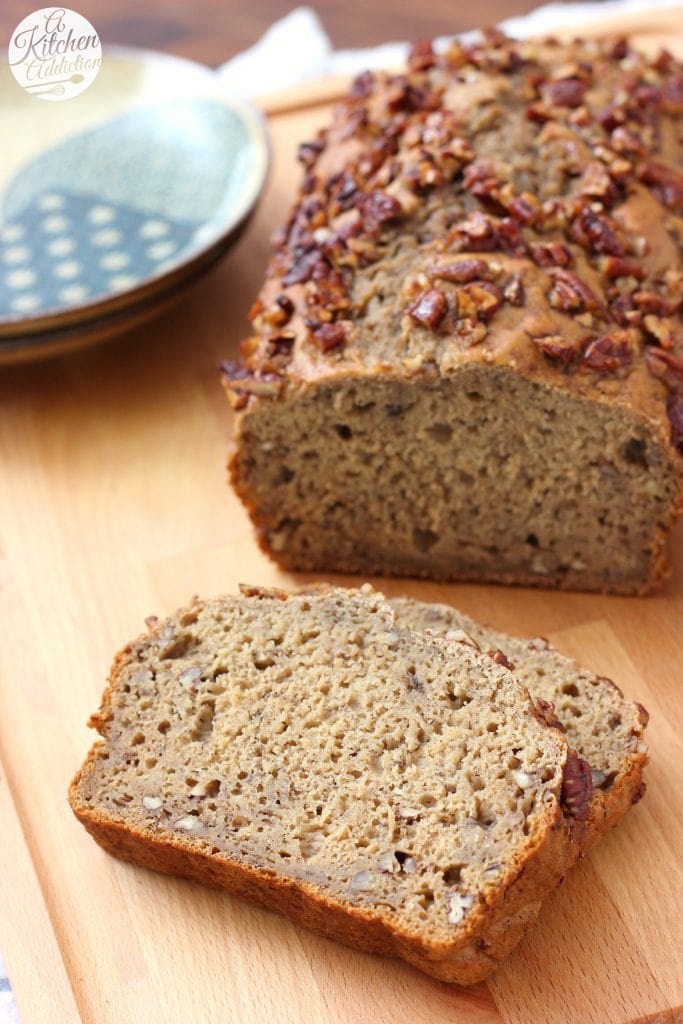 Rich, chocolaty muffins that just happen to be mad

I love baking with citrus this time of year! Frost

This super easy Peppermint Mocha Bark is great for

It’s not Christmastime without at least one batc