With ribbons of cinnamon sugar swirled throughout, this Cinnamon Swirl Yogurt Bread is a warm, cozy quick bread recipe! Grab a couple of slices for an easy breakfast or tasty snack! 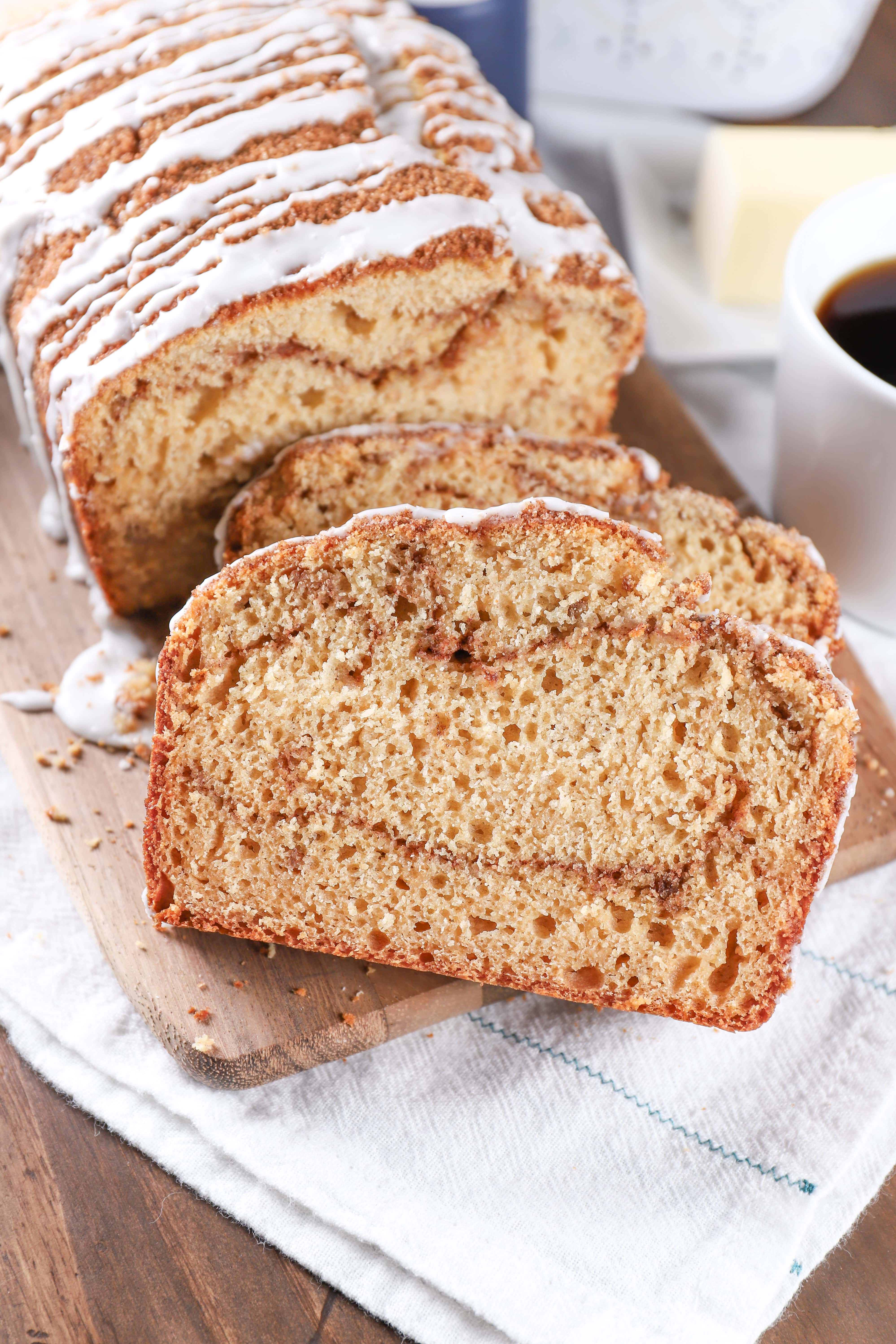 I just realized that the last 3 out of 4 posts have to do with bread. I hope you don’t mind. I just have a thing for bread. . .(good thing I like to run!).

And, when it’s below freezing for multiple days in a row, it’s only natural that I would warm up the house by making a loaf of bread.

This time I opted for an easy quick bread. This cinnamon swirl yogurt quick bread did a great job of both warming the house and satisfying our taste buds! 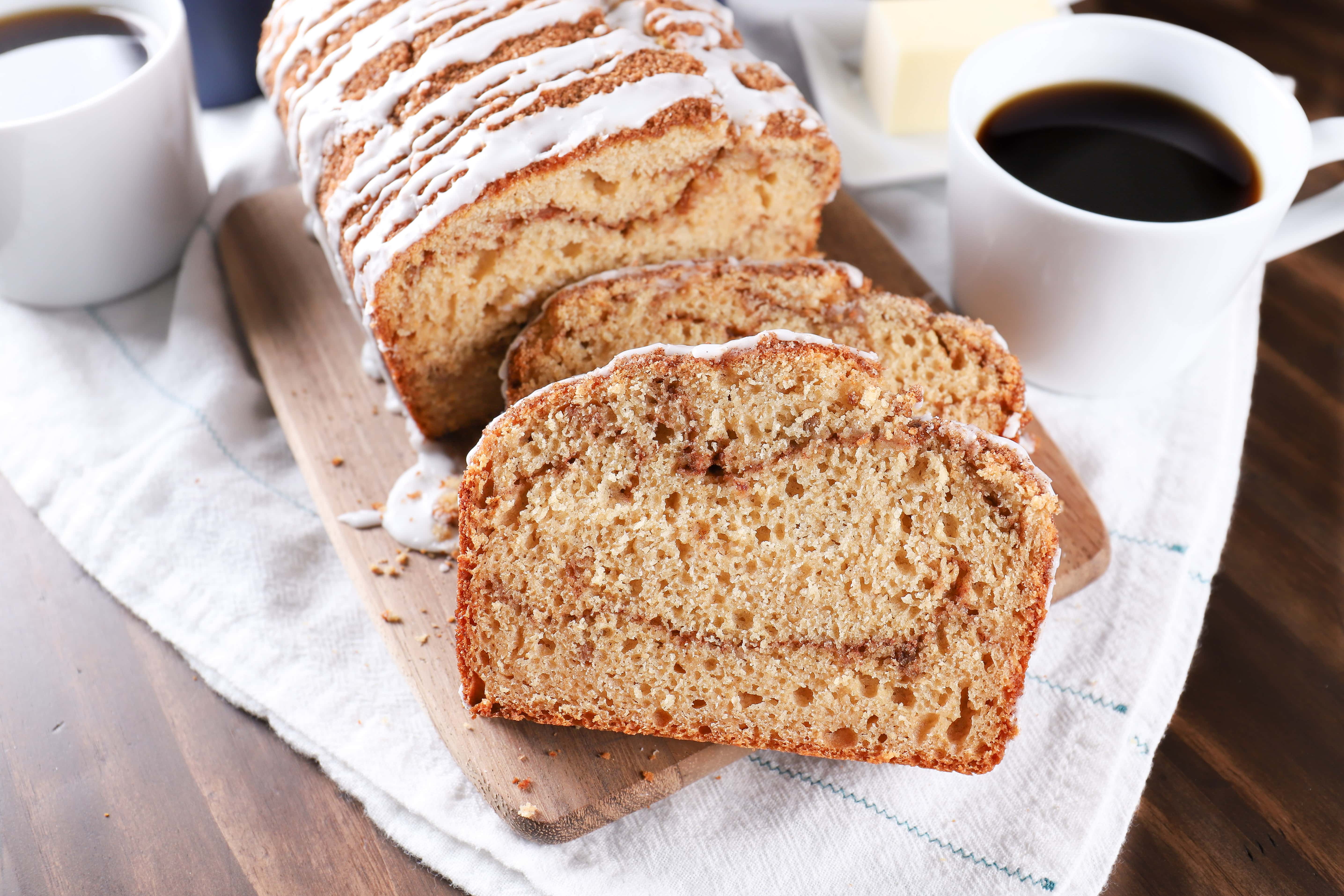 The yogurt replaces all but a small amount of oil and keeps the bread from drying out right away. Honey (or maple syrup!) gives the bread it’s hint of sweetness.

Ribbons of cinnamon and brown sugar are swirled throughout the inside to give a hint of cinnamon in each bite. And because I really like cinnamon, a bit more of the cinnamon sugar is sprinkled on top right before baking!

Perfect with a glass of milk or a mug of coffee, this cinnamon swirl yogurt quick bread is best enjoyed while wrapped in your favorite blanket while watching the snow fall (or freezing rain, whatever part of the storm your region gets today!)! 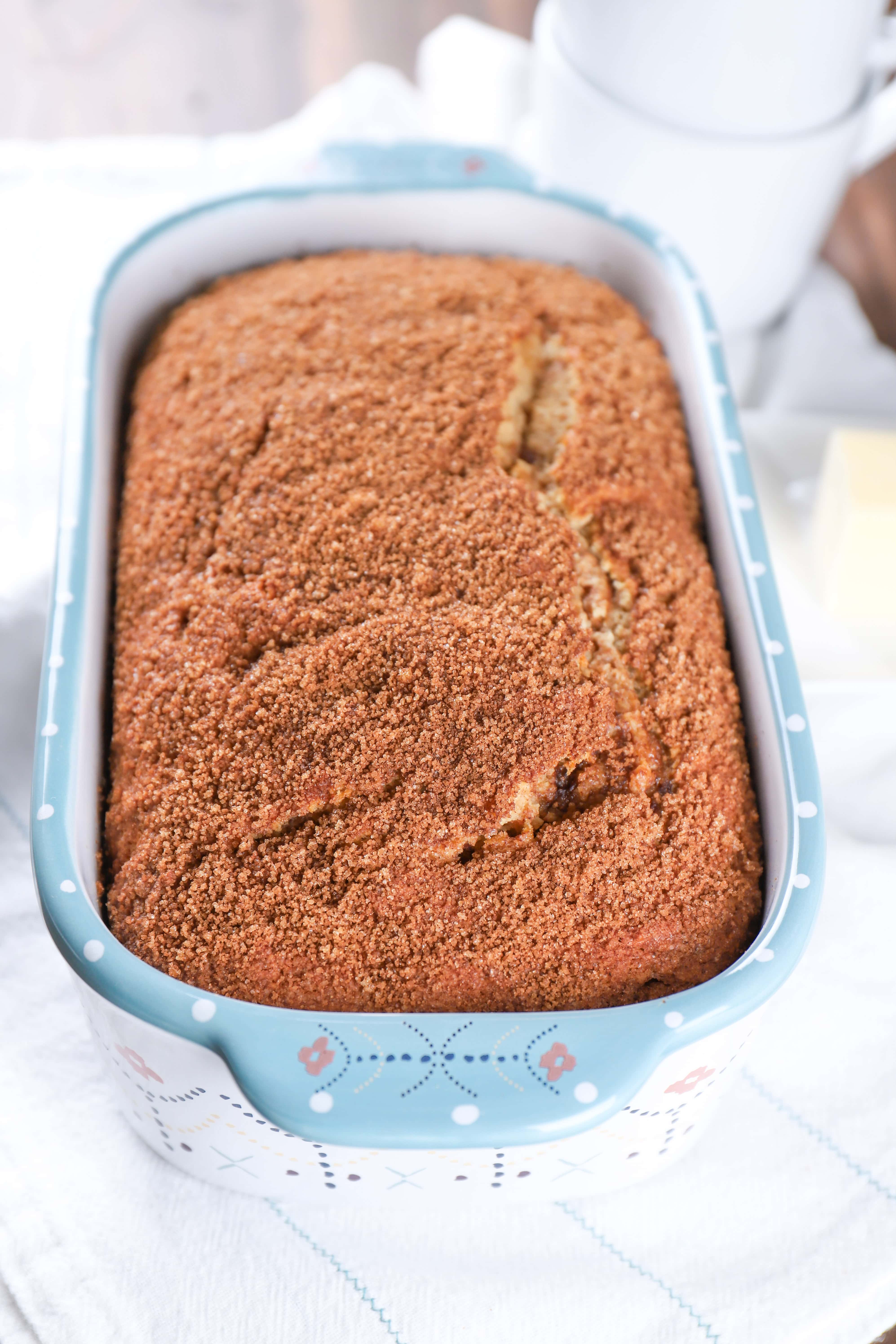 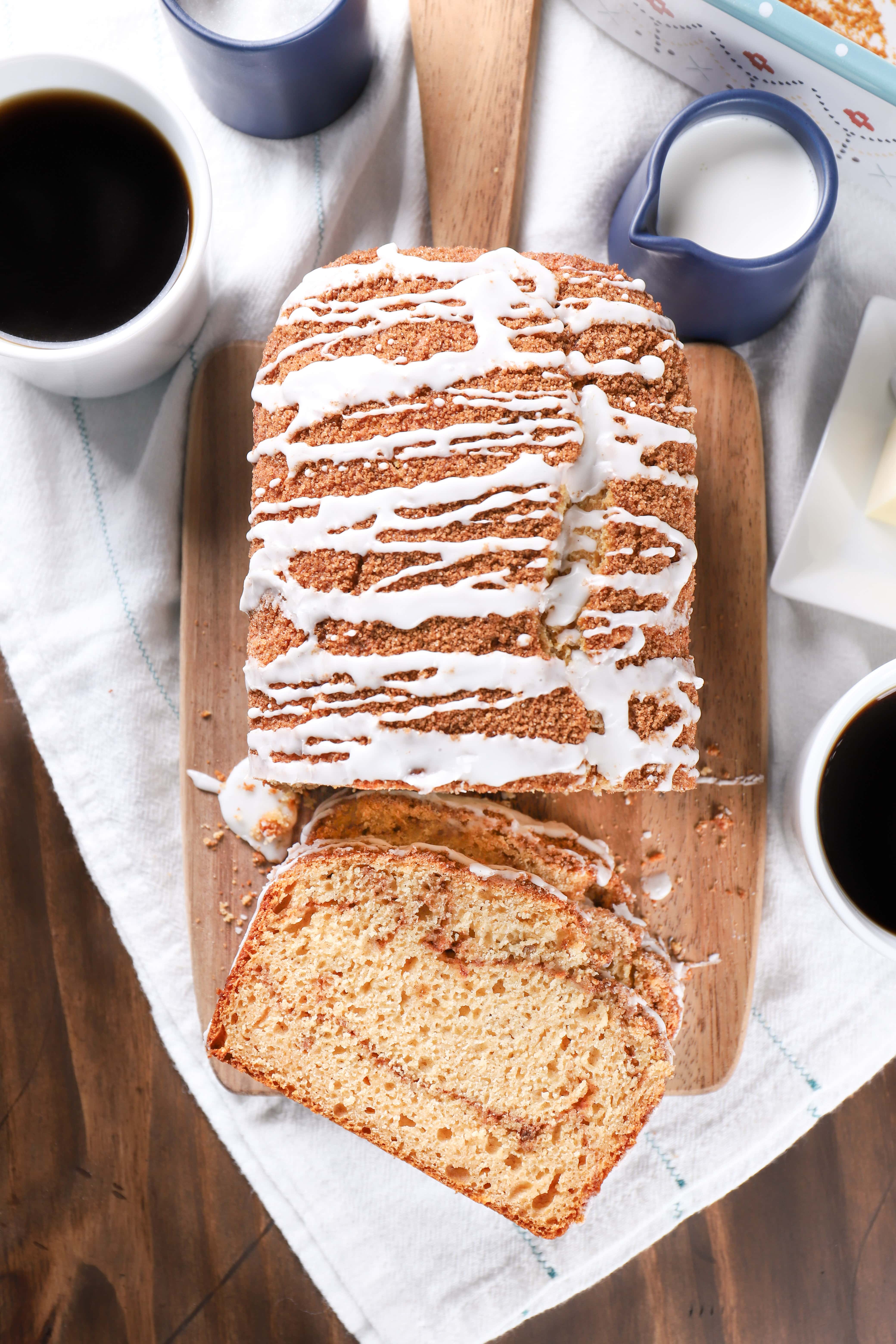