These Cinnamon Apple Bars are filled with an entire cup of fresh apple and lots of warm cinnamon. Topping these bars is a fluffy spiced brown sugar buttercream! 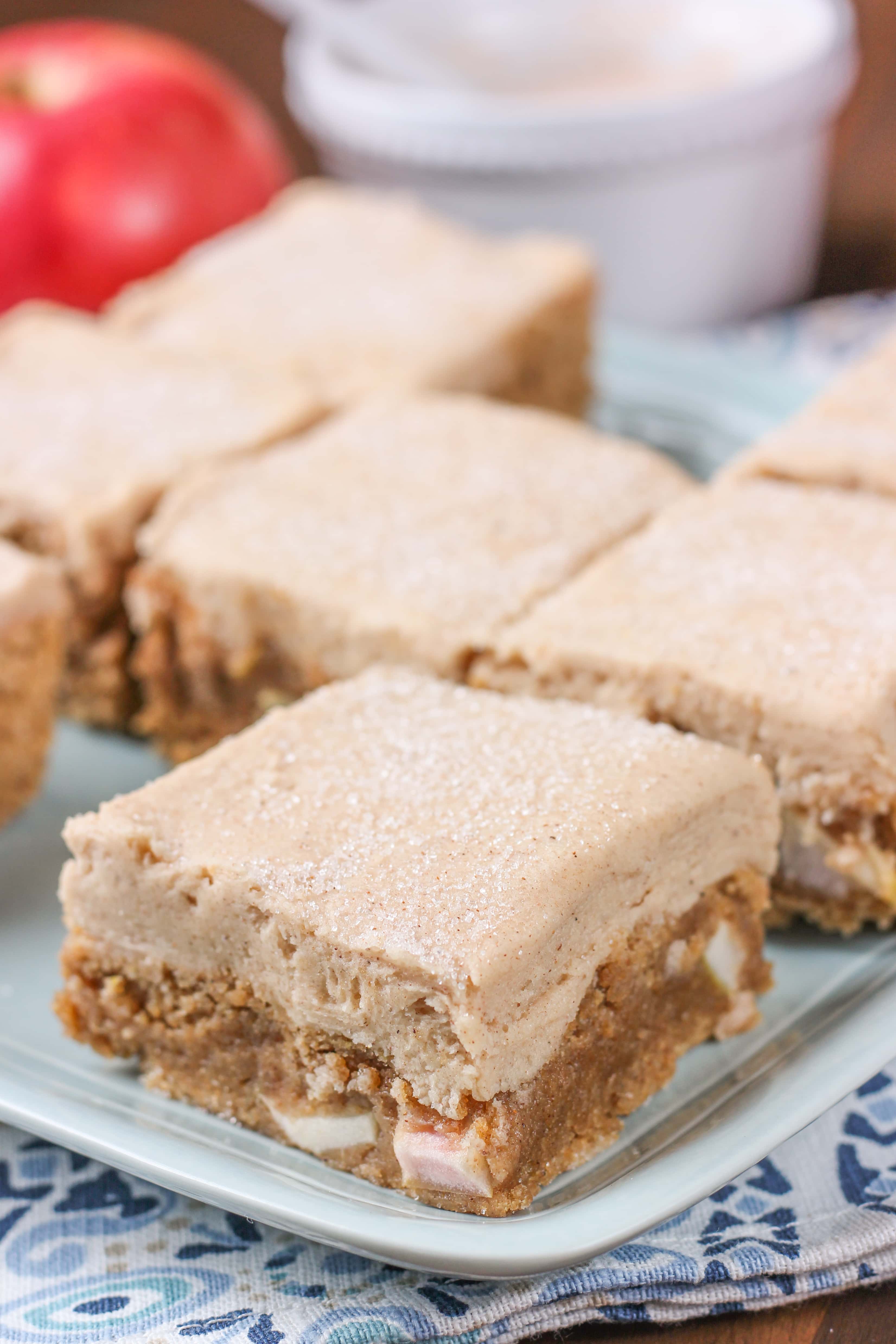 I know most people have moved on to all things peppermint, gingerbread, and eggnog, but I’m still hanging on to fall and apples just a little longer! So, before I start with all of the winter flavors (don’t worry, you’ll get them by the end of the week!), I have one more apple dessert to share with you!

Maybe you have apples leftover from the apple pies you made for Thanksgiving, or you’re just like me and usually have apples in the house at all times. Either way, put those apples to good use and make one more apple dessert to enjoy while you get out all your Christmas decorations! 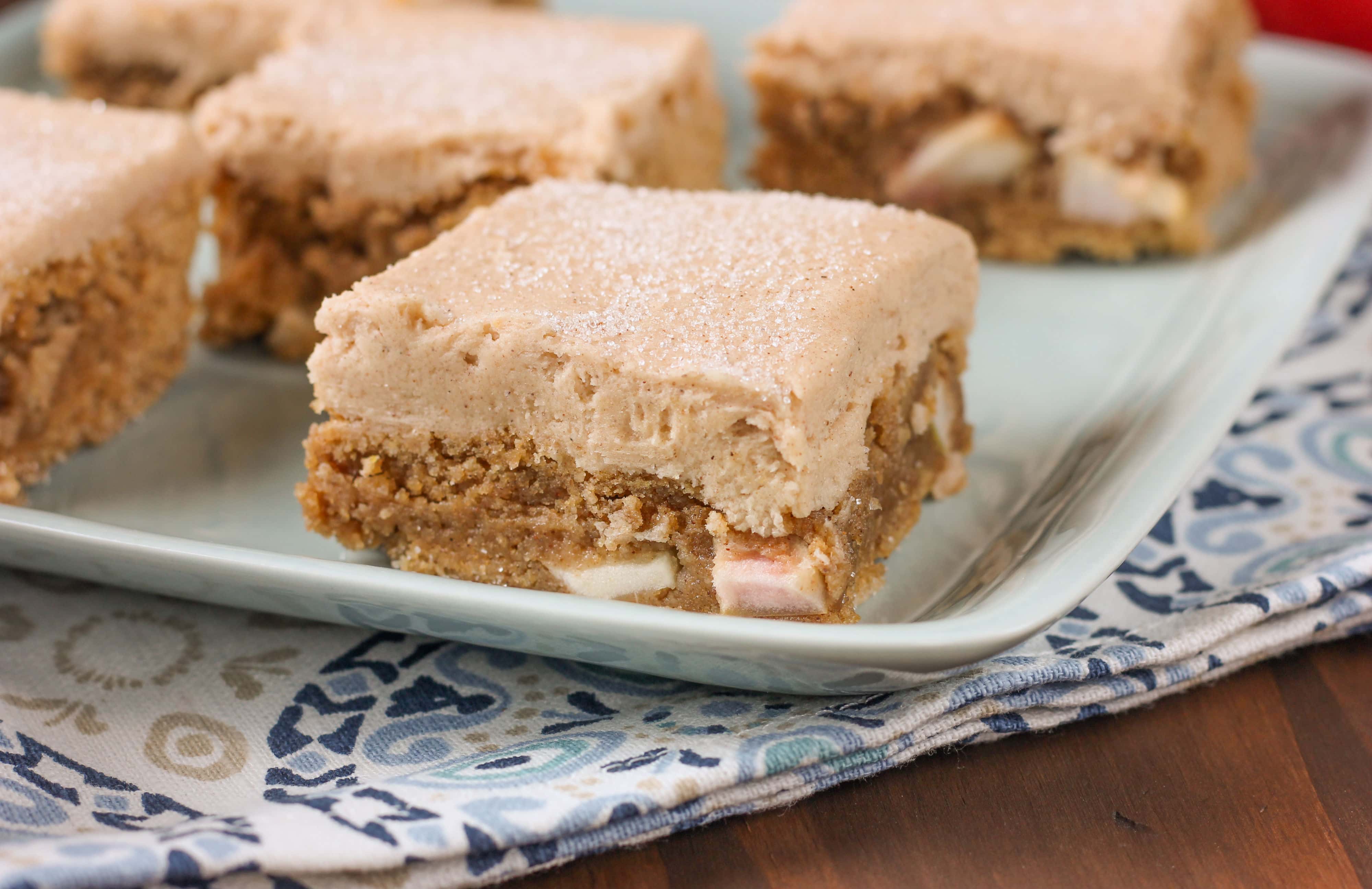 All the smells and flavors of fall wrapped up in one easy dessert! These soft bars are filled with cinnamon and stuffed with an entire cup of chopped apples. 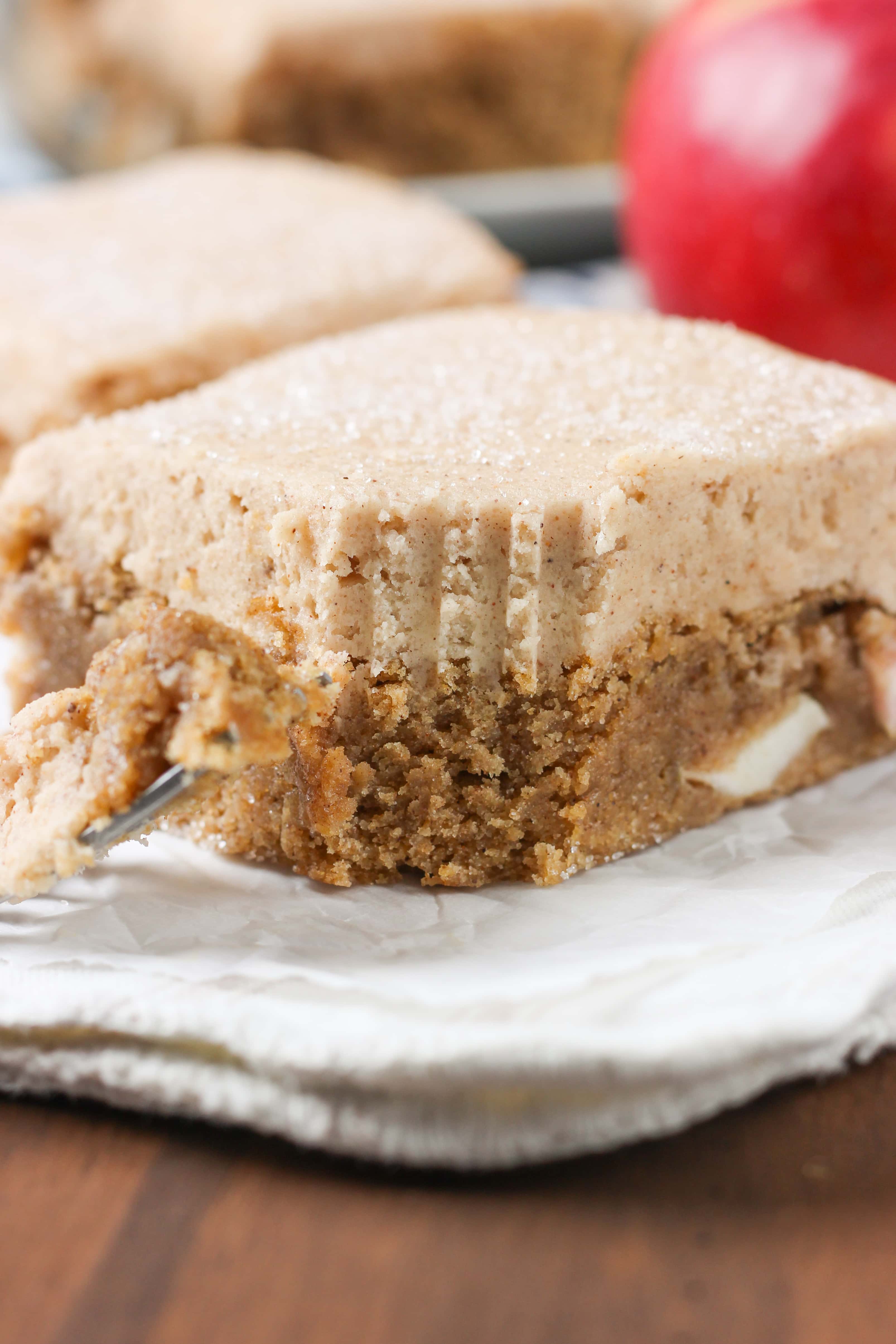 A light sprinkle of cinnamon sugar tops these bars to give them a bit of texture and another layer of cinnamon flavor.

And not only are they super easy to make, but the smell they create while baking makes it difficult to wait for the bars to cool so you can frost them and dig in! 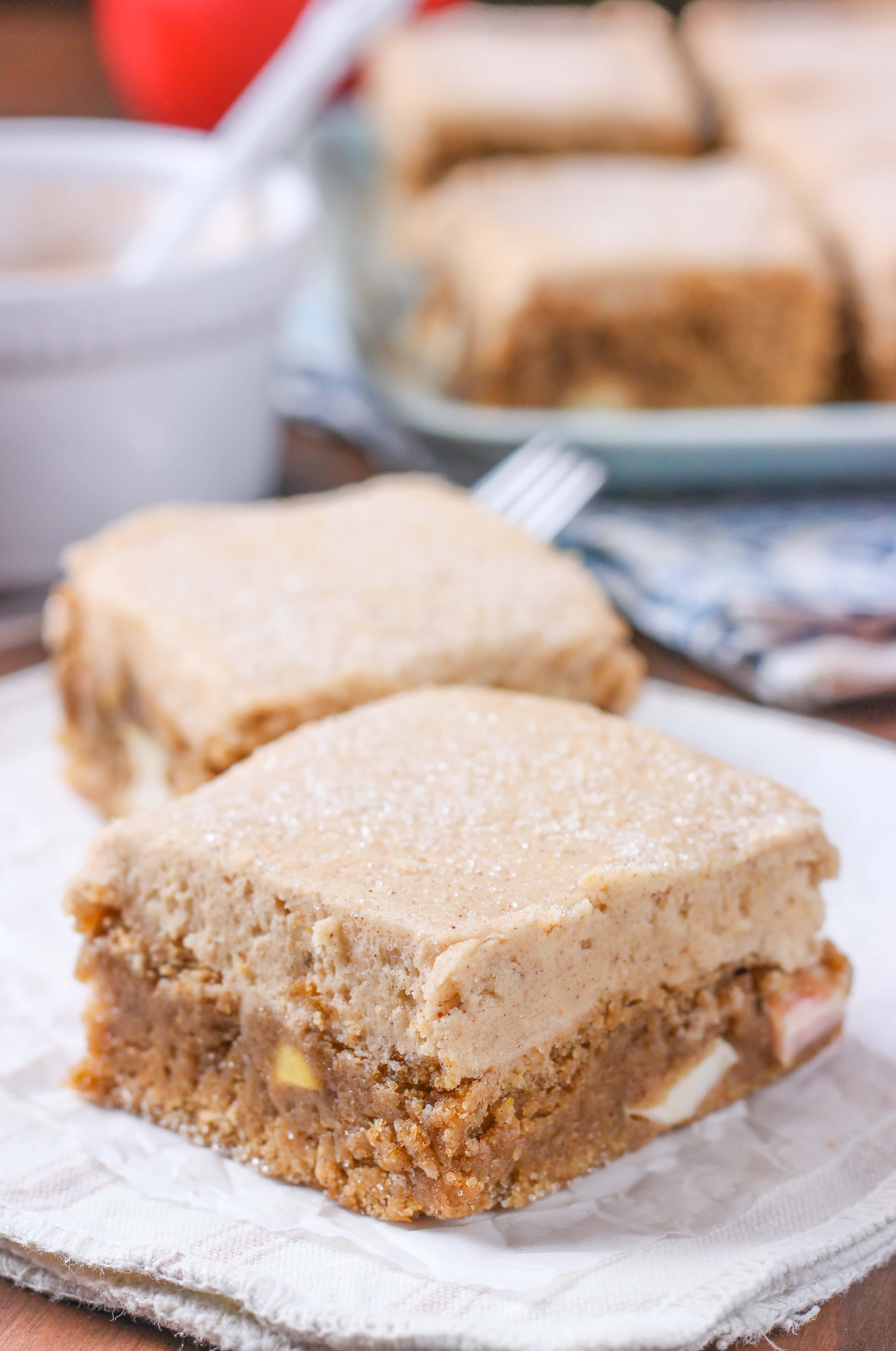 I've been doing both! haha Gingerbread and then also baking with apples :) These bars sound awesome!