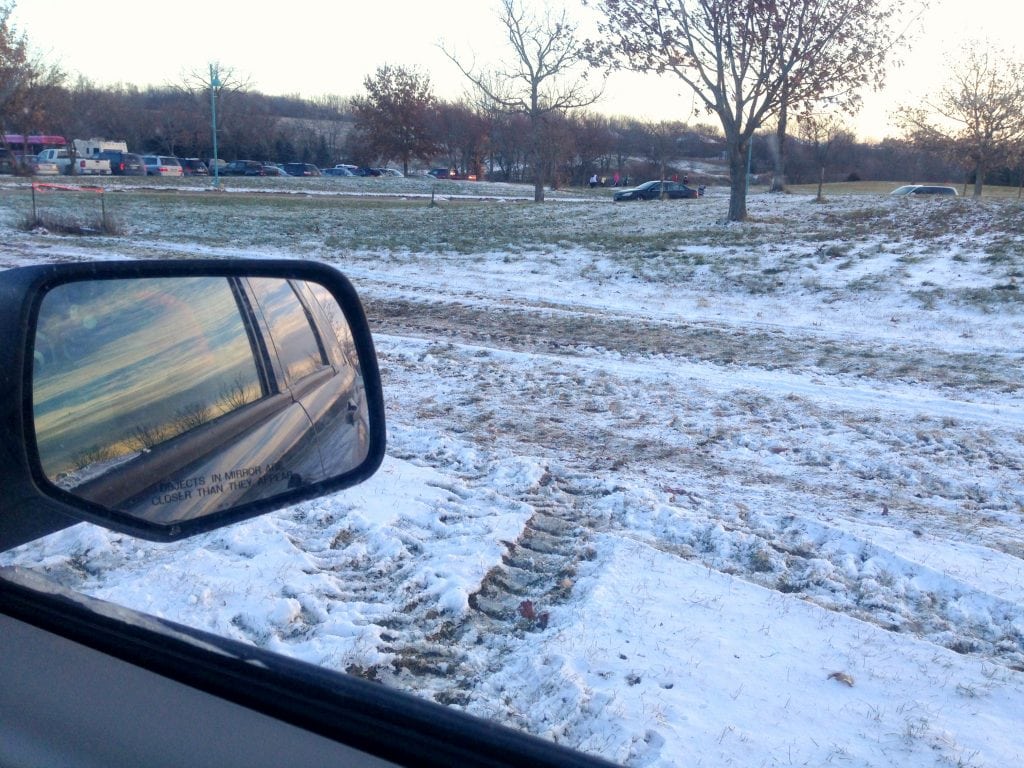 This past weekend my husband and I got up early and joined thousands of other crazy runners to run a cross country race in 11 degree weather with 4 below wind chills. Just how cold is that, you ask? Well, cold enough that the river had chunks of ice floating in it, the ground was glare ice in places, the volunteers were having a hard time keeping the water from freezing solid, and the food had ice crystals on it. No, I don’t know why I did it. I was asking myself “why?” before, during, and after. 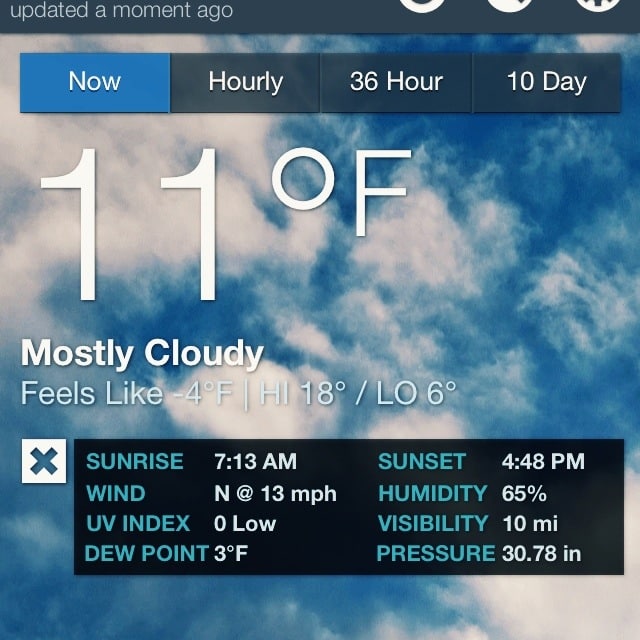 I apologize for the sparse number of pictures for this race. It was just so cold that I didn’t want to carry it around or take my hands out of my mittens to take a picture! The picture below is what happens when you try to take a picture with frozen fingers. You drop your phone in the snow and then you can’t hold it in the right place to get both faces in the picture. Such a lovely, blurry picture. 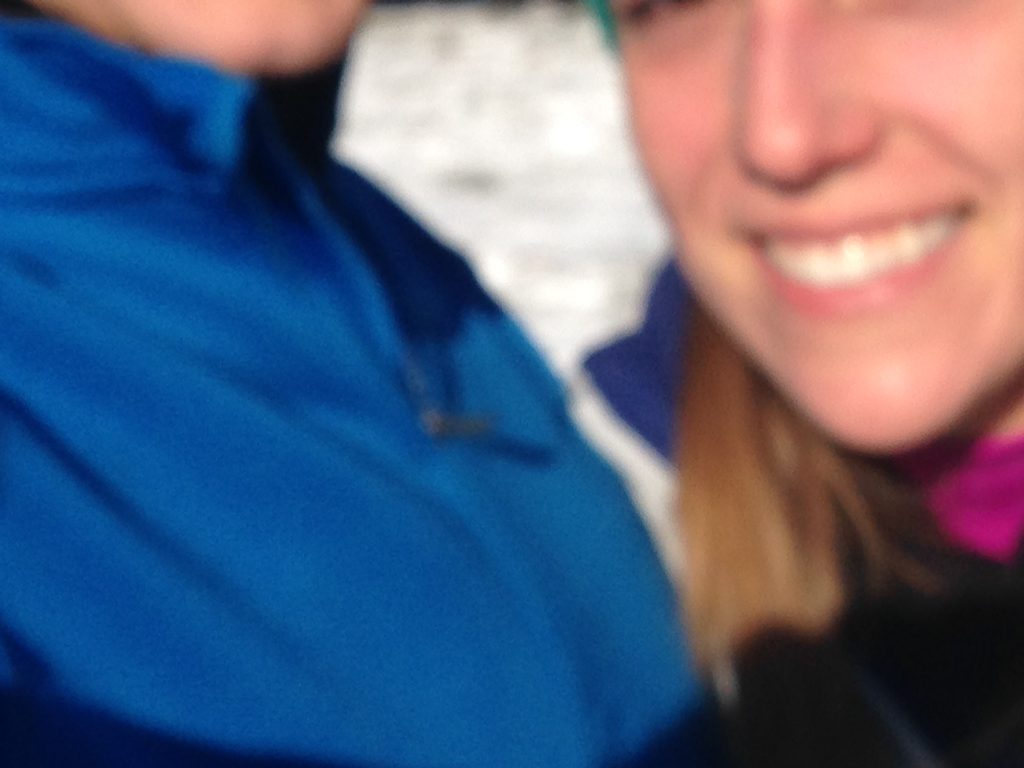 The Race Shirts: The race shirts were long-sleeved Nike shirts. They are comfortable, but I’m not so sure what I think of the logo. Since it was the 35 year anniversary of the race, they also handed out finisher medals. 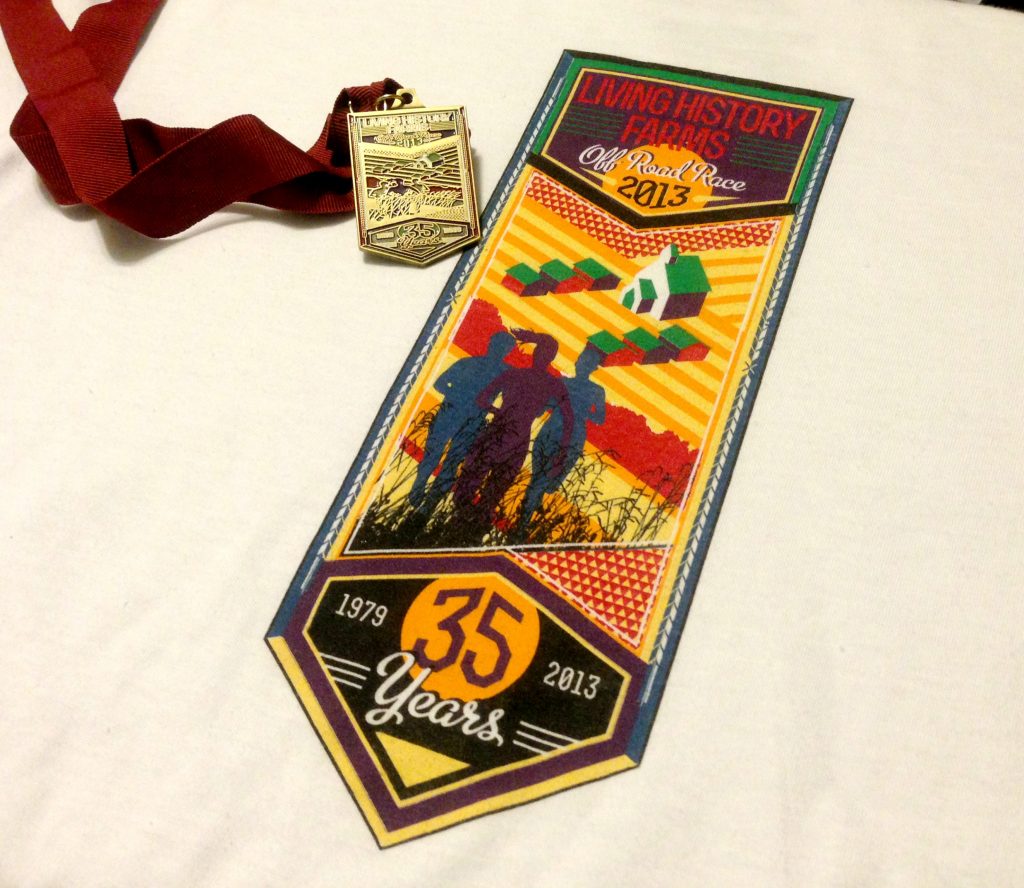 The Race: It was cold. There isn’t much else to say! We’ve run this race the last two years, so the course was familiar. It is a 7.25 mile race across the countryside, over hills, and through stream crossings. After shuffling over the ice covered first mile, it became clear that our times would be much slower than the previous years. It basically became a matter of just concentrating on not falling and avoiding as much water as possible! On the plus side, it was the least muddy race that we’ve run, because as soon as you got wet or muddy, it froze and you could brush it off! No ruined shoes this year! (Oh, and at the water crossings that were deep, my husband carried me over. . .yeah, he’s pretty amazing! So thankful for not having to suffer with burning, freezing toes the entire race!)

Favorite Post-Race Food: Does hot apple cider count as food? It was the only thing that wasn’t freezing. I had a bite of a cinnamon roll and it had a slight crunch to it! People had filled doughnuts where the filling was frozen. Crazy. So, I didn’t have anything to eat, just lots of hot apple cider.

Next Race: My husband is running another trail run this next weekend. I still haven’t decided if I want to join him. 🙂

Are you running any winter races? Do you run outside in the cold or just hit the treadmill?

Way to go! I ran in a 5K with similar temps the weekend before Thanksgiving and spent most of the afternoon trying to warm up! I have another 5K this weekend to look forward to with highs not making it out of the single digits.

This is the first year I've ran cold-weather races, but so far am loving it!

Definitely thumbs up for you both! I walk in the cold but I bundle up with a lot of layers that you would only know me my my companion on my walks, my dog :)

You're a brave runner Jessica! I don't think I could have done it....I HATE the cold. I totally would have needed my hottub after that for sure! Hope you're all warmed up now :)