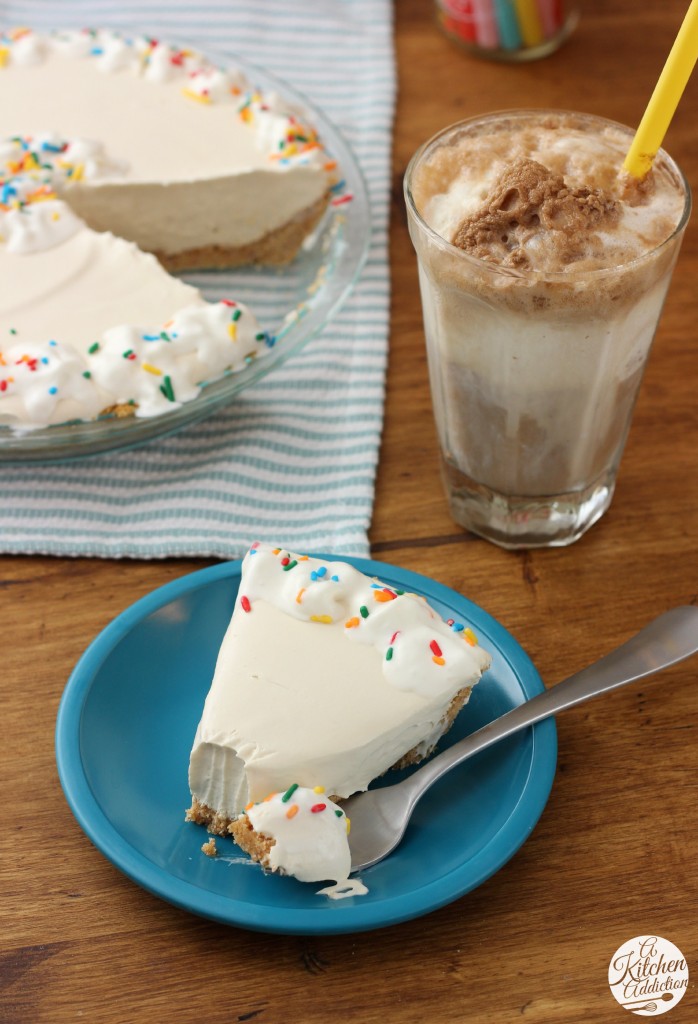 Back in February, I had the opportunity to finally meet Dorothy, Ashton, and Trish (If you haven’t visited any of their sites, go now!) at a blog conference. While discussing where to go for dinner, we were also talking (and probably eating!) about other food, because that’s what food bloggers do.

They quickly told me that I needed to change that because root beer milkshakes were amazing! 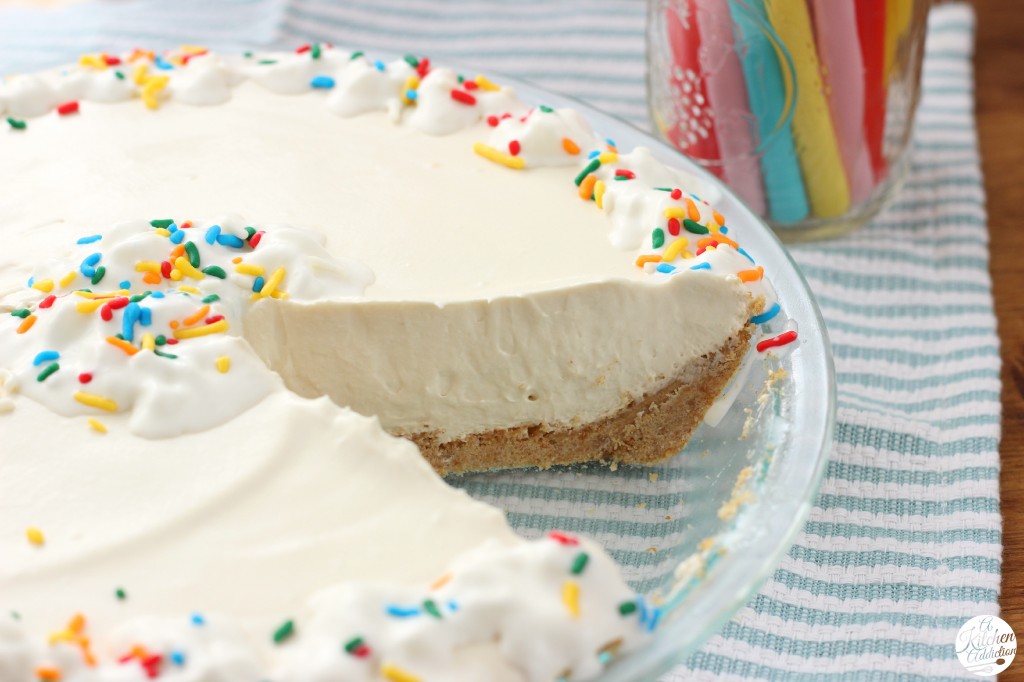 It is a lot like a root beer milkshake that has been thoroughly stirred together, poured into a graham cracker pie crust, chilled, and topped with whipped cream. Minus the maraschino cherry, because neither my husband nor I like them.

If you ever see us get shakes (and we’ve forgotten to have them hold the cherry), just watch, we’ll be dumping the cherry in the closest trash can.

But if you are a fan of them and think they make the authentic milkshake or float, feel free to add them. 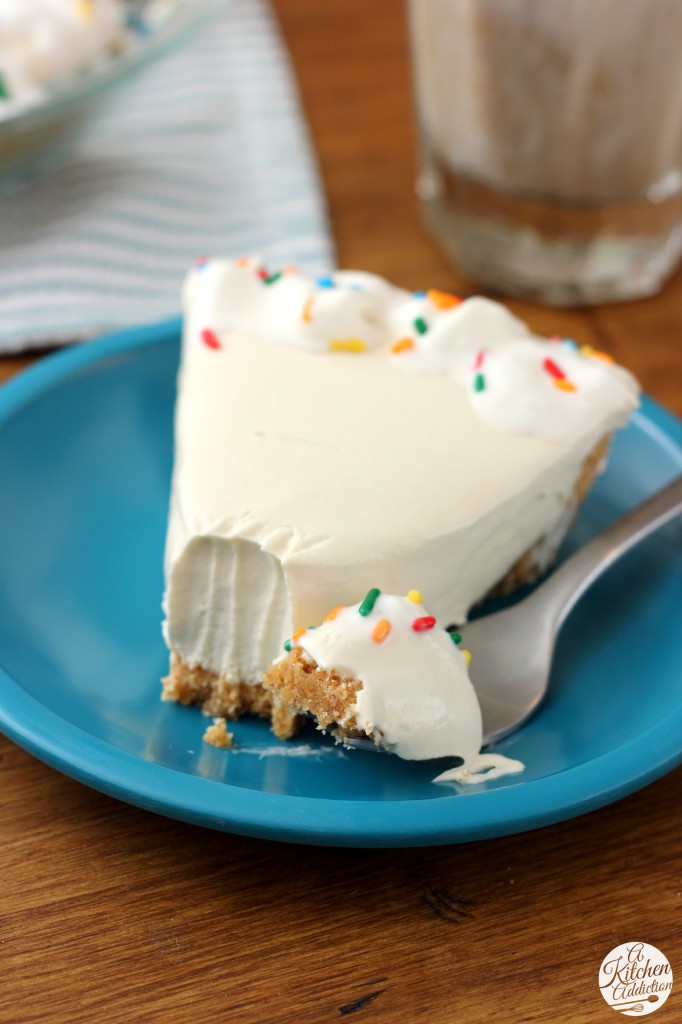 If you are still in need of a desert idea for this 4th of July weekend, make it this pie! It takes hardly any time to throw together and it’s great for hot weather. The flavor is light and refreshing.

If it’s going to be really warm where you are, you may want to freeze the pie. As you can tell from the pictures, the whipped cream started to melt after being in my warm kitchen for pictures.

Frozen or chilled this root beer float pie is just what you need to enjoy summer even more!

Print
Author: A Kitchen Addiction
Serves: 8
Ingredients
For the Crust
For the Pie
Instructions
3.3.3077
This recipe is adapted from Taste of Home. 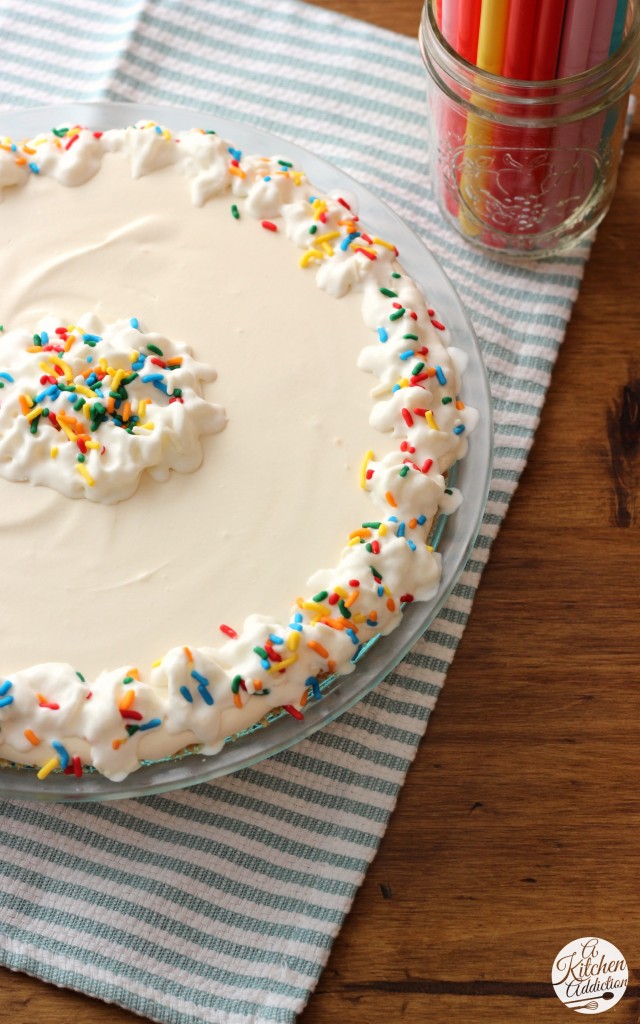