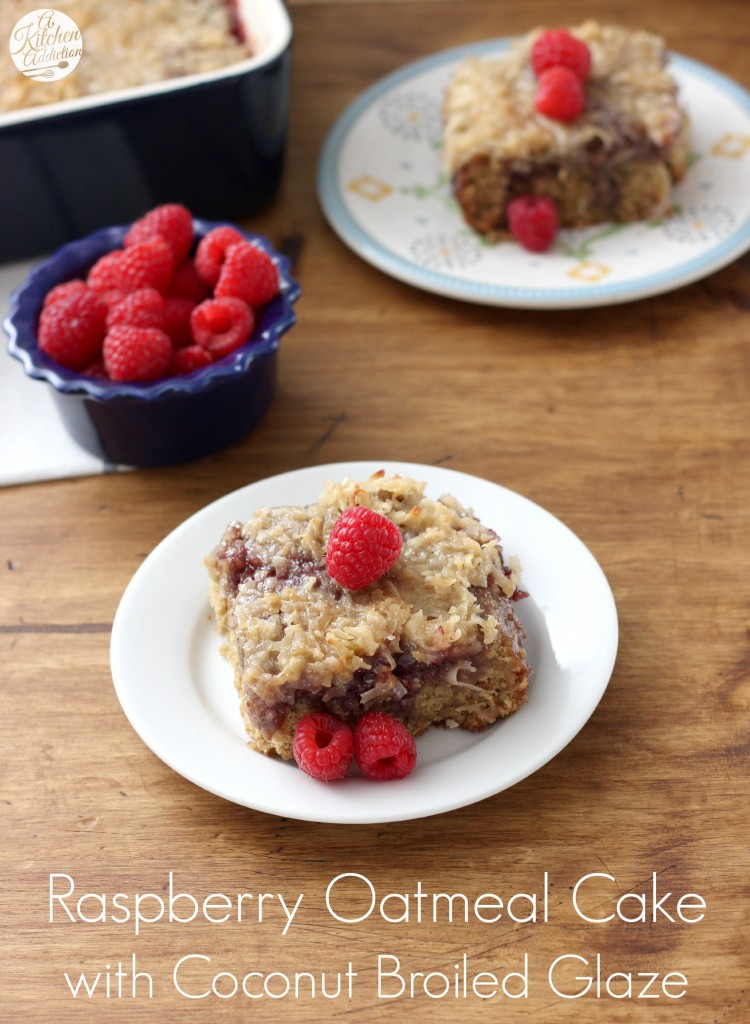 I love trying recipes from old cookbooks. However, when I first saw a similar recipe to this raspberry oatmeal cake with coconut broiled glaze, I was slightly skeptical. I don’t usually think of putting an entire cup of oats into a cake!

I was afraid that the cake would be heavy and dense. While it is more dense than your typical cake, you’d never know that all of those oats are hiding in it! 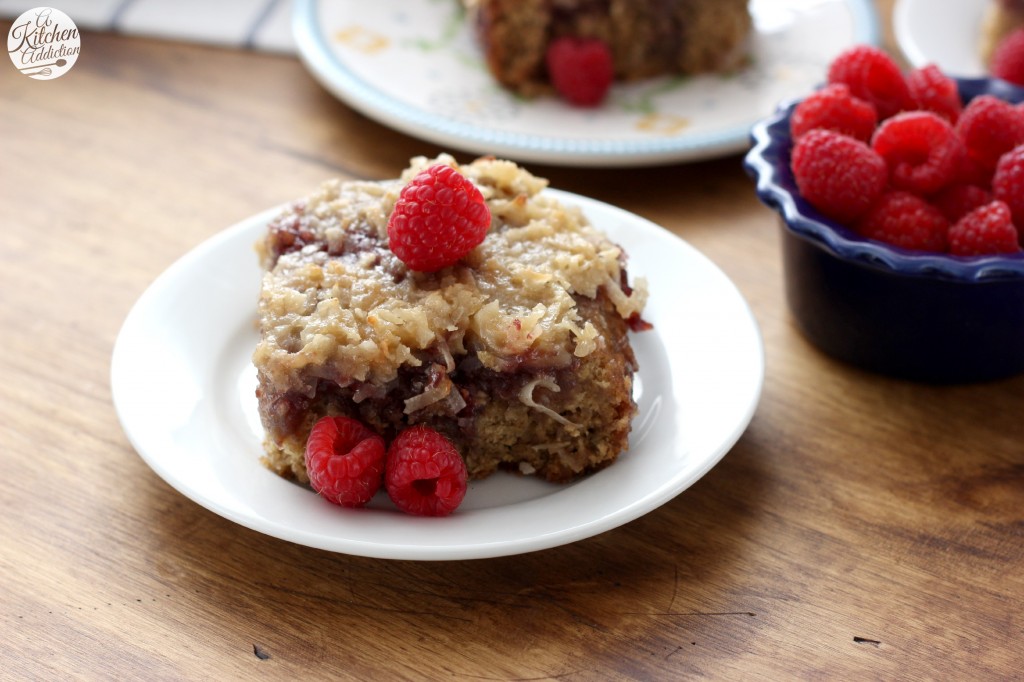 The cake itself is soft and moist. Along with the oats, yogurt and whole wheat flour are tucked away in it to give it a bit more nutritional value, too.

Your favorite homemade or store bought raspberry preserves are swirled throughout the batter, so you get a bit of fruit in each bite! I think this cake would work wonderfully with strawberry or blueberry preserves as well.

Since I’m all about strawberries, it probably won’t be long before I give it a try! 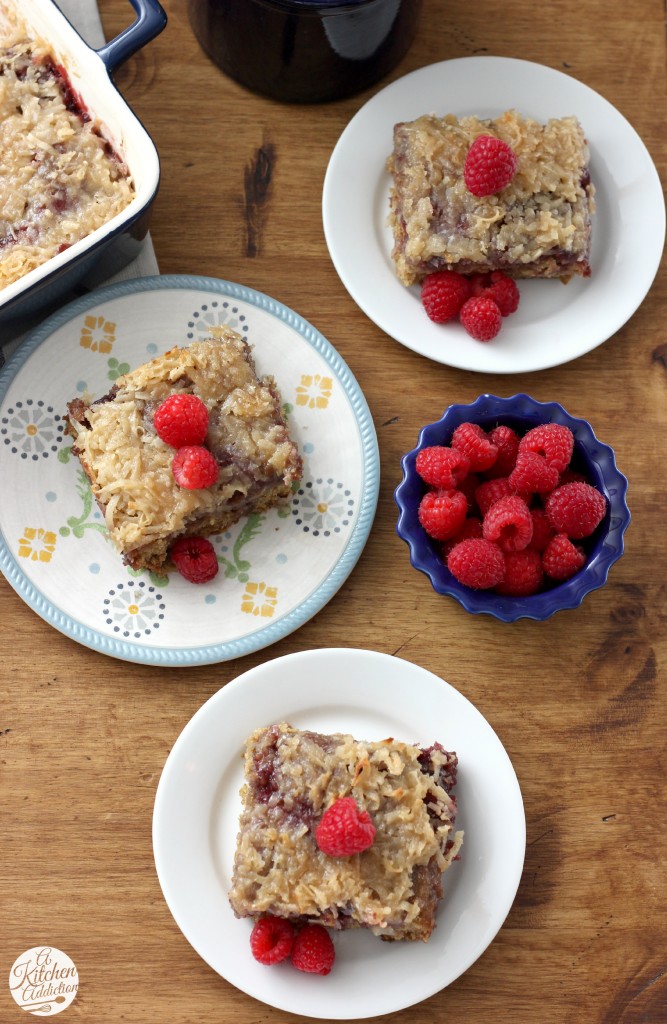 The glaze is added to the cake in the last little bit of cooking. Shredded coconut is combined with brown sugar, butter, and half & half to create a gooey caramel-like topping with a toasted coconut top.

Rich and sweet, this glaze adds great flavor to the nutty oatmeal cake!


This recipe is adapted from Land O’ Lakes. 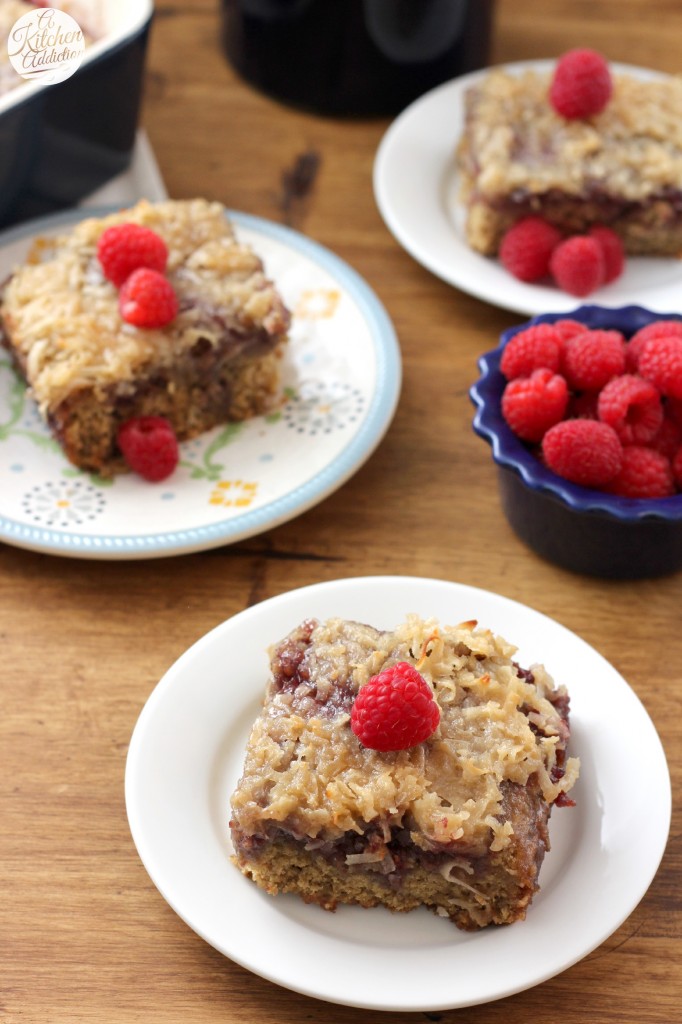