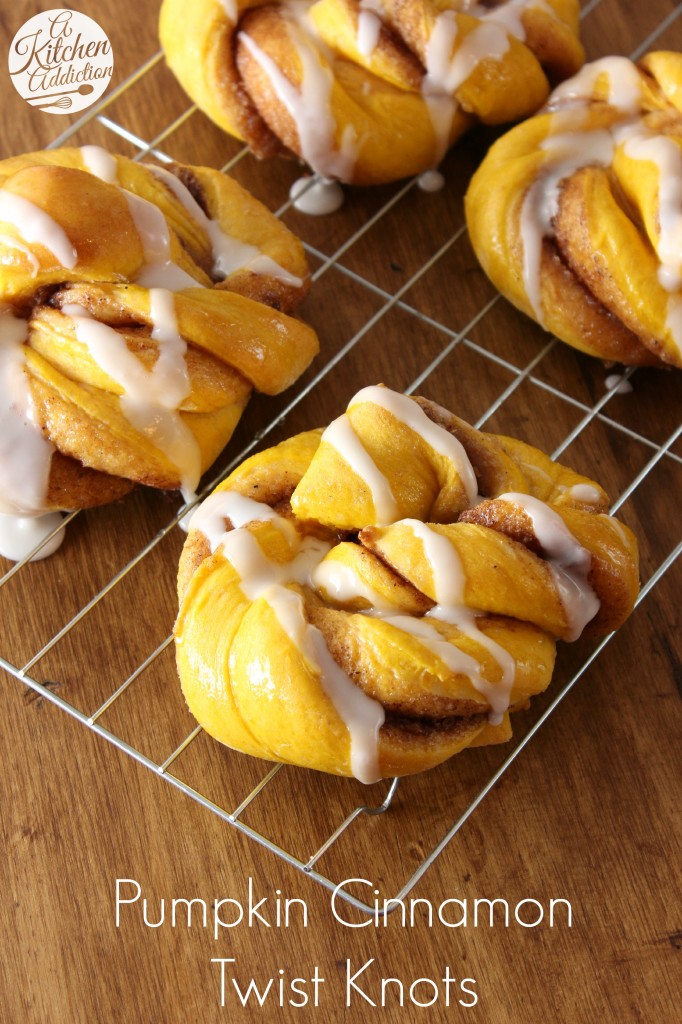 When I first made cinnamon twist knots this summer, I knew that I wanted to make a pumpkin version when fall arrived.

I had almost forgotten about them until a few days ago when I found myself staring at a partial can of pumpkin wondering what to do with it before it went bad. I had just enough left to give these pumpkin cinnamon twist knots a try. 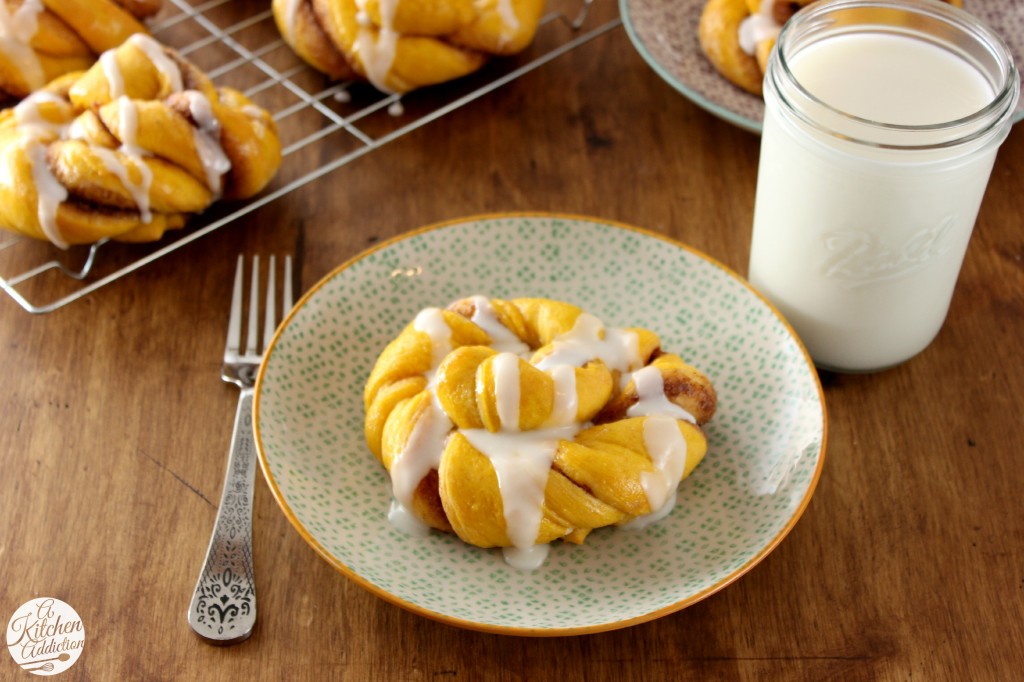 I was a little worried that the addition of pumpkin puree would make these pastries dense, but even with almost a cup of pumpkin in them, they still are tender and flaky.

Along with the traditional cinnamon and sugar filling, brown sugar, nutmeg, cloves, and ginger are added to intensify the pumpkin flavor (Even though they take about 10 minutes to bake, these spices make the house smell amazing while they’re baking and make 10 minutes seem like a really long time!). 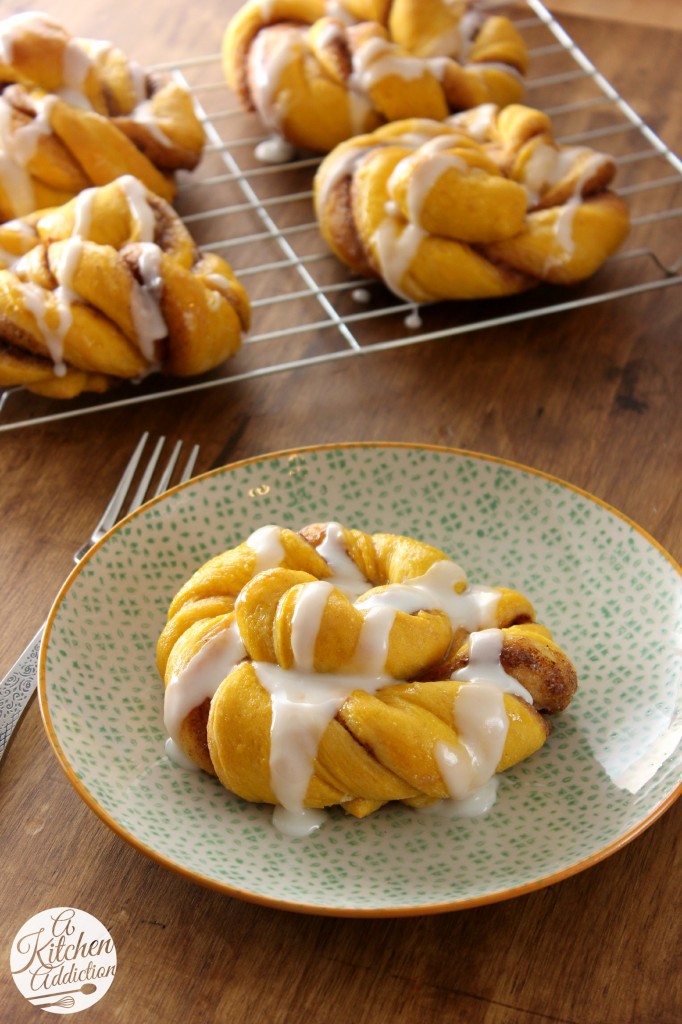 A clear glaze is brushed over the pastries while they are still warm and lock in moisture so that they stay fresh for several days.

This is great for people like my husband and myself. We usually end up having cinnamon rolls go dry on us before we can eat them all.

Don’t let the extra steps in the instructions stop you from trying this fun twist to a traditional cinnamon roll. The actual process isn’t that hard, and the results are worth the wait!

Print
Author: A Kitchen Addiction
Serves: 12
Ingredients
For the Twists
For the Filling
For the Glaze
For the Drizzle
Instructions
3.2.1226