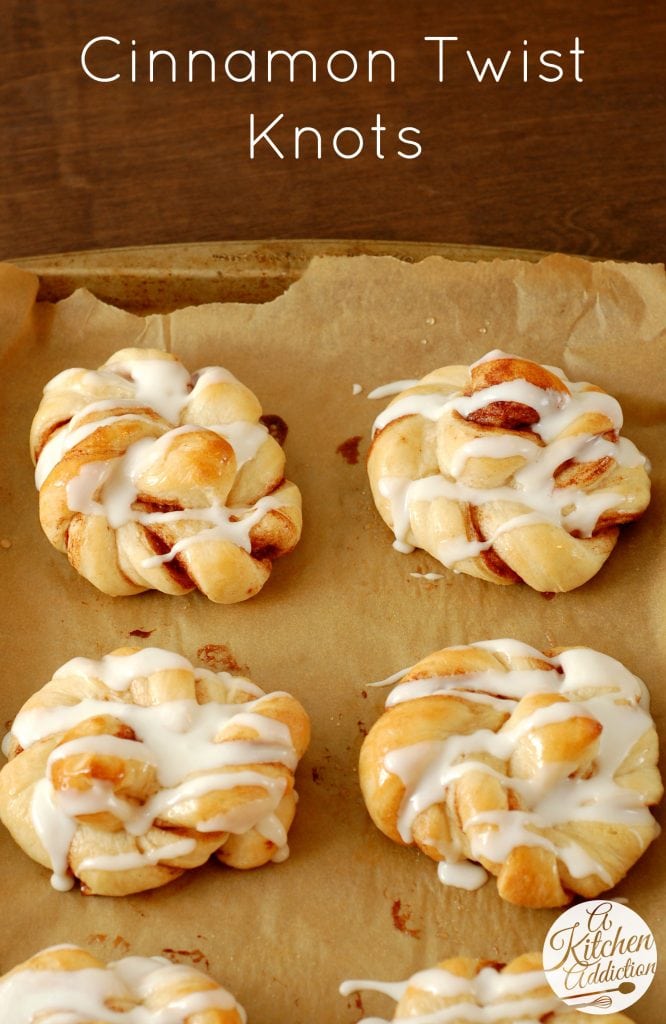 Do you ever get tired of making the same thing over and over again? That’s how these cinnamon twist knots came into existence. I wanted cinnamon rolls, but I didn’t feel like making regular cinnamon rolls.

I wanted to try something different. These cinnamon knot twists are tender, flaky pastries that are a fun version of a classic cinnamon roll.

While they take a little longer to shape than regular cinnamon rolls, these knots take less time to rise and only about 10 minutes to bake! 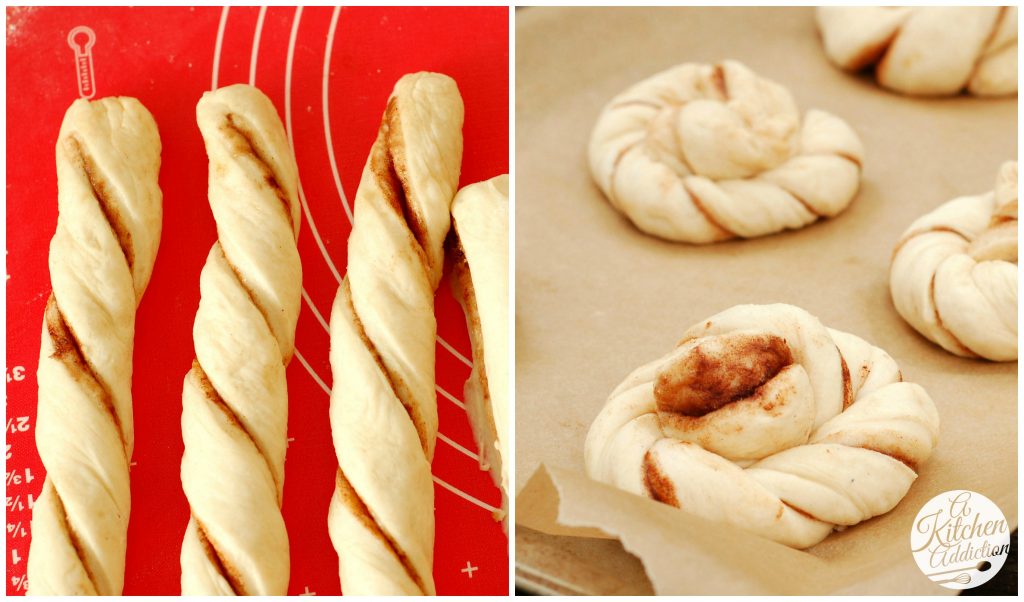 A clear glaze is brushed over the knots as soon as they are removed from the oven. This locks in moisture keeping these pastries fresh for a few days after making.

This is great for me and my husband since we aren’t able to eat many cinnamon rolls before they get dry. Though I love these warm straight from the oven, they still taste delicious at room temperature.

The glaze hardens just enough to make them easy to transport without becoming too hard that it feels like you’re eating hard chunks of sugar! 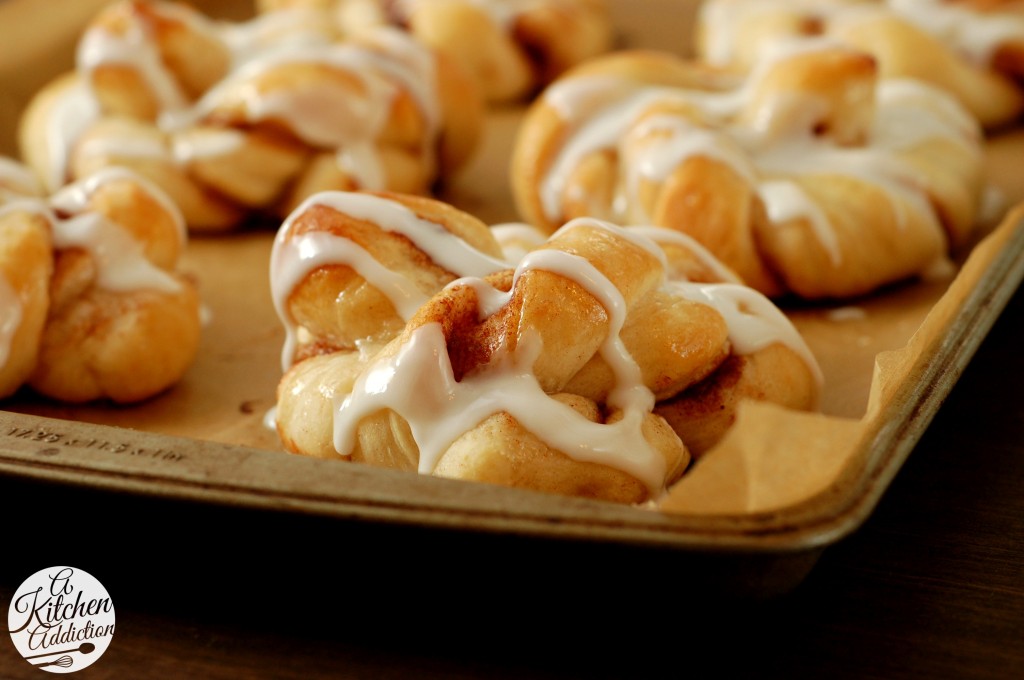 We’re leaving this evening for a long road trip, and you can bet that the leftovers of these will be going with us!

Even though I’ll be gone the next few days, be sure to keep checking back because I have some great bloggers lined up to fill in for me. You may, in fact, find them way more entertaining than me! 🙂 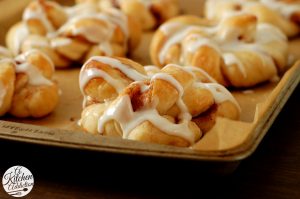 Print
Serves: 16
Ingredients
For the Twists
For the Filling
For the Glaze
For the Drizzle
Instructions
3.2.1269
This recipe is adapted from Simply So Good.

Sometimes I just want a slice of pumpkin bread tha

Chunks of tart, fall apples and a thick layer of s

Peanut butter and maple is a great flavor combinat

We love the nutty oat flavor, hint of honey and lo

Apple season is my favorite, and this Cinnamon Swi

These S’mores No Bake Cookies are a fun twist to