Cinnamon has become one of my favorite flavors. If I can find a way to add it to something, I will. Cinnamon bread, cinnamon in my coffee, cinnamon oatmeal, cinnamon cookies, so why not cinnamon biscotti?! When I came across this recipe, I knew I had to try it! 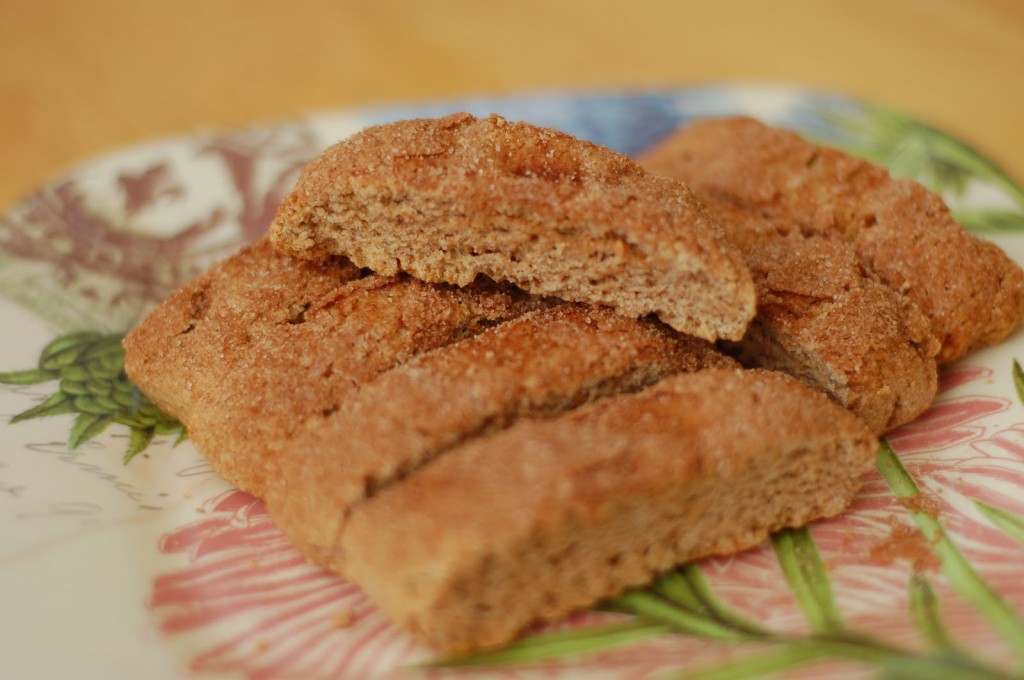 By adding whole wheat flour, using applesauce, and reducing the amount of sugar, I found a new perfect pairing for coffee/tea/milk. 🙂 And since it’s “healthy,” I can enjoy it more often! 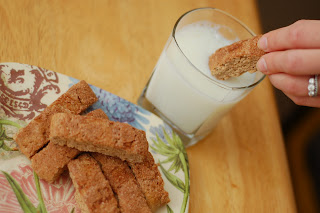