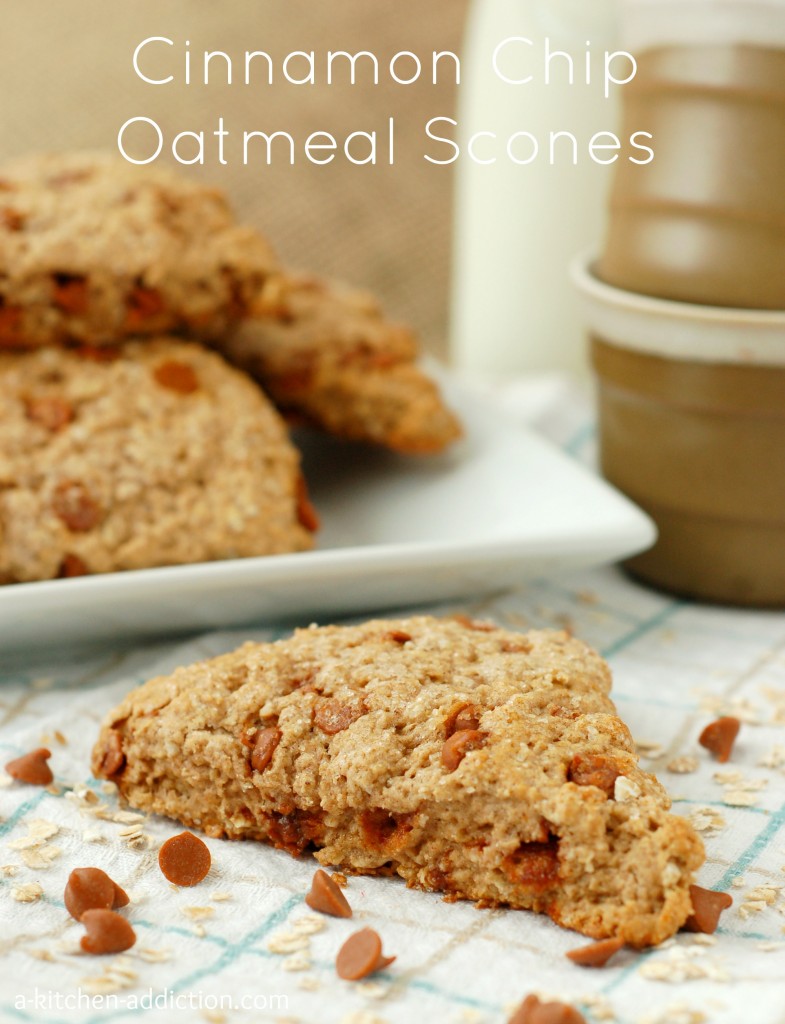 Ever since making peanut butter chocolate chip oatmeal scones, I have been thinking up all kinds of possible variations to oatmeal scones. One of the most recent variations was this cinnamon chip scone.

I love oatmeal cookies. One of the reasons that I love them is that they are usually full of cinnamon, and I love cinnamon.

So, it only seemed natural that I would try to make an oatmeal scone full of cinnamon! 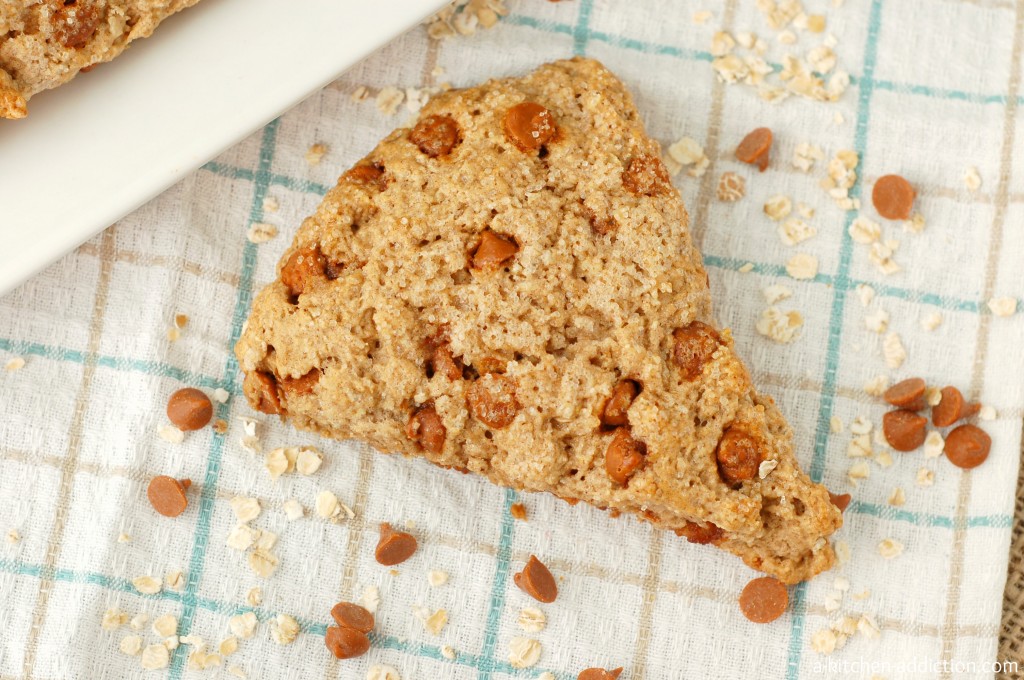 These cinnamon chip oatmeal scones taste like big, soft cookies that are full of oats, cinnamon, and cinnamon chips (the more the better!). The oats give the scones a slight chewiness that is different from the traditional flaky scone.

However, the chewiness goes well with the nuttiness from the oats and is the perfect base for all of the cinnamon. 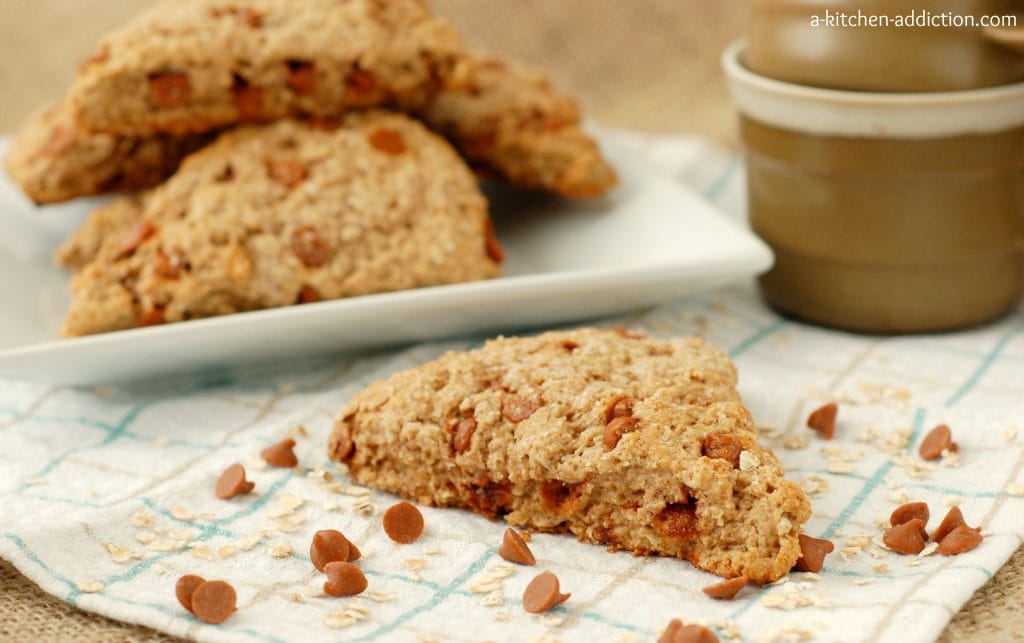 And, since they’re scones, you can eat them for breakfast!

I recommend eating them with a big glass of cold milk or a mug of hot tea when you just need to sit and unwind.

Sometimes I just want a slice of pumpkin bread tha

Chunks of tart, fall apples and a thick layer of s

Peanut butter and maple is a great flavor combinat

We love the nutty oat flavor, hint of honey and lo

Apple season is my favorite, and this Cinnamon Swi

These S’mores No Bake Cookies are a fun twist to