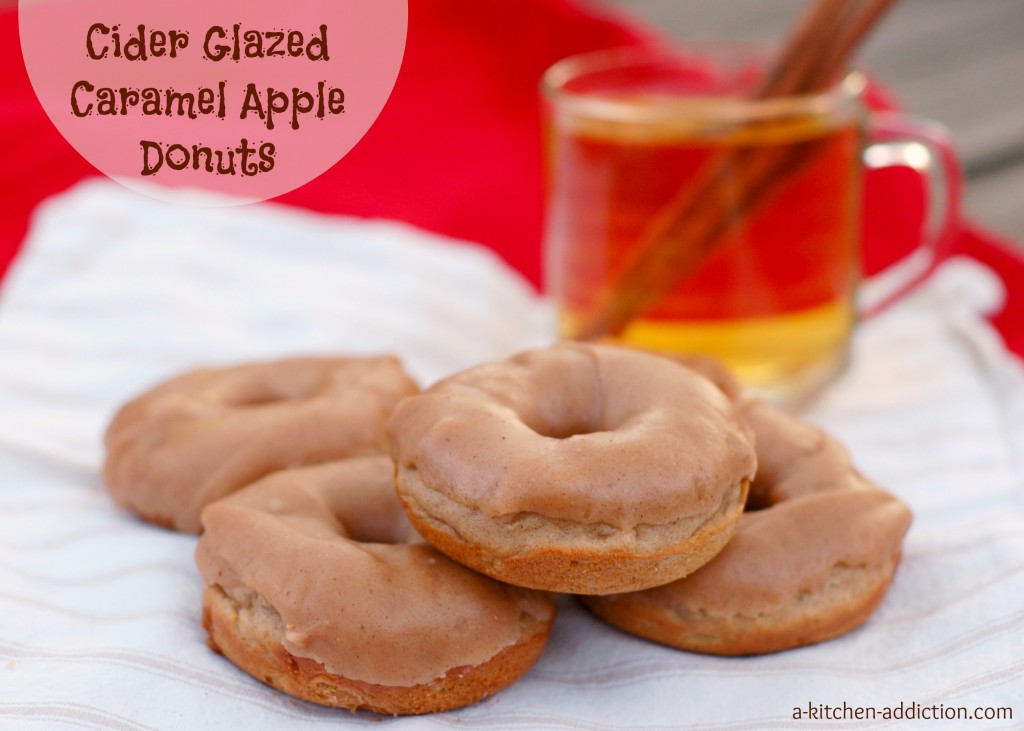 I seem to have gone from a pumpkin addiction to a baked goods with apples addiction. I hope you don’t mind. Though I still have recipes lined up containing pumpkin, I have found myself loving the smells and tastes of the fall apples. They are so crisp and sweet that I can’t pass them up when baking! The only sad thing about my apple love is that the orchard that we have gone to the last couple of years to pick apples doesn’t have a crop this year because of the drought. So, I need to scour the farmer’s market for the fall varieties! 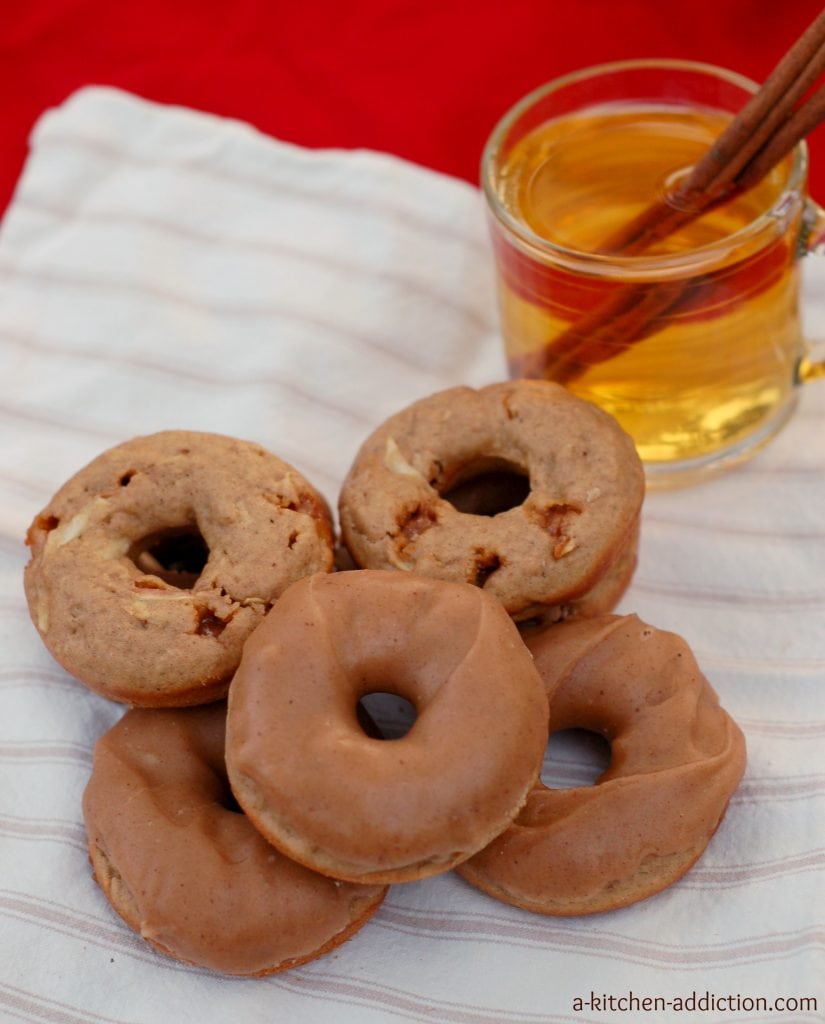 These donuts are the epitome of fall for me with shredded apples, apple cider and caramel bits. Apparently I have been living under a rock for the past who knows how long because this is the first year that I have used the caramel bits by Kraft. Last year I still had a couple of bags of regular caramels leftover from the previous year’s fall baking and didn’t have to go out and buy any. . .and I usually don’t bake with caramels except for in the fall because I don’t like unwrapping all of them. So, that is my excuse! I am so glad that I finally found them though, because they are perfect for these donuts! The caramel bits leave little melted caramel caverns that taste amazing straight from the oven! 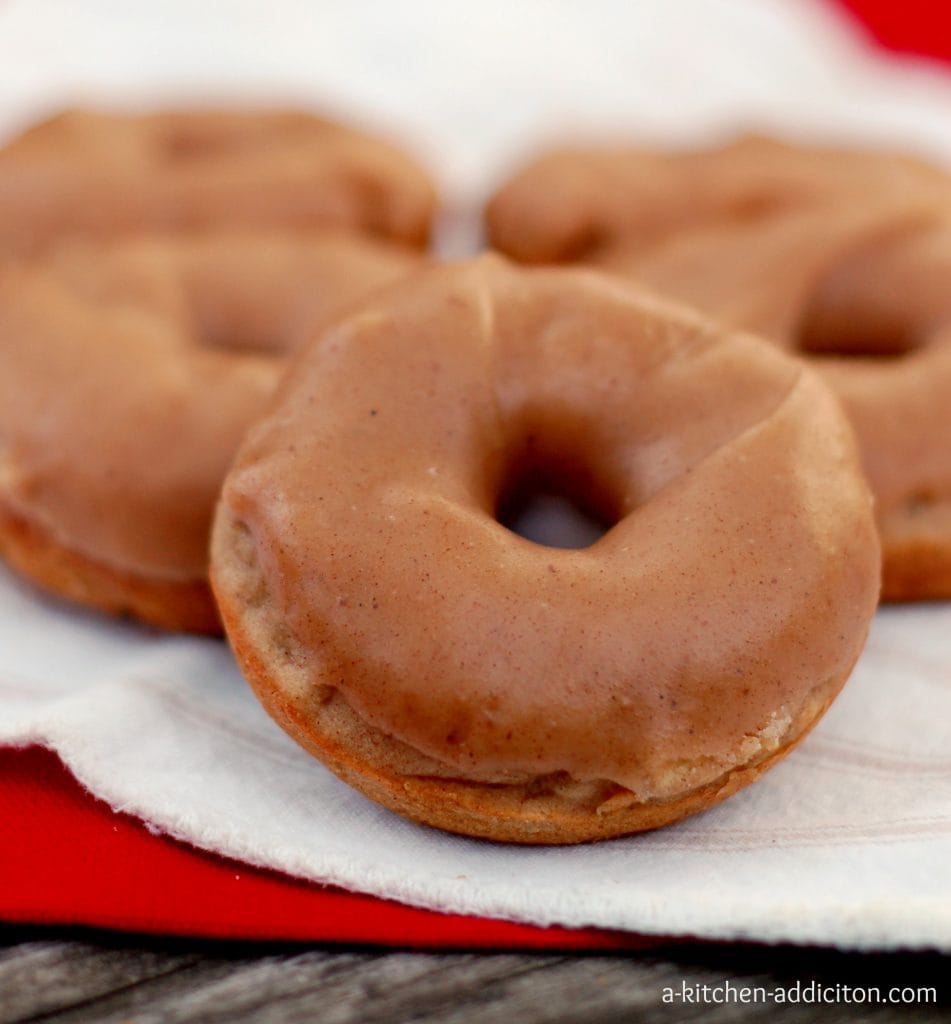 So, if you are looking to save some calories leave off the glaze, and you will still have a perfectly gooey caramel and sweet apple donut! Oh, and they are super easy to make. So, basically, there is no reason not to make them!

These were wonderful!! I didn't have a donut pan so I made them in a regular cupcake pan. They took maybe a minute or two longer to bake. They were tender and not too sweet. I can't wait to make these again and take them to work. Thanks for this great recipe!

I'm so glad you liked them! Thanks for letting me know! :)

I have been meaning to make homemade doughnuts forever!!Unfortunately I don't have a donut pan :(, but yours look fabulous and I love the flavor combos going on!

Oh nooo my donut addiction is never going away now! And by oh no, I mean oh yes! So excited to make these scrumptious looking treats. Thanks for the recipe!!