This easy recipe for Spiced Apple Cider Donut Muffins is filled with the favorite fall spices of apple pie and sweet apple cider! 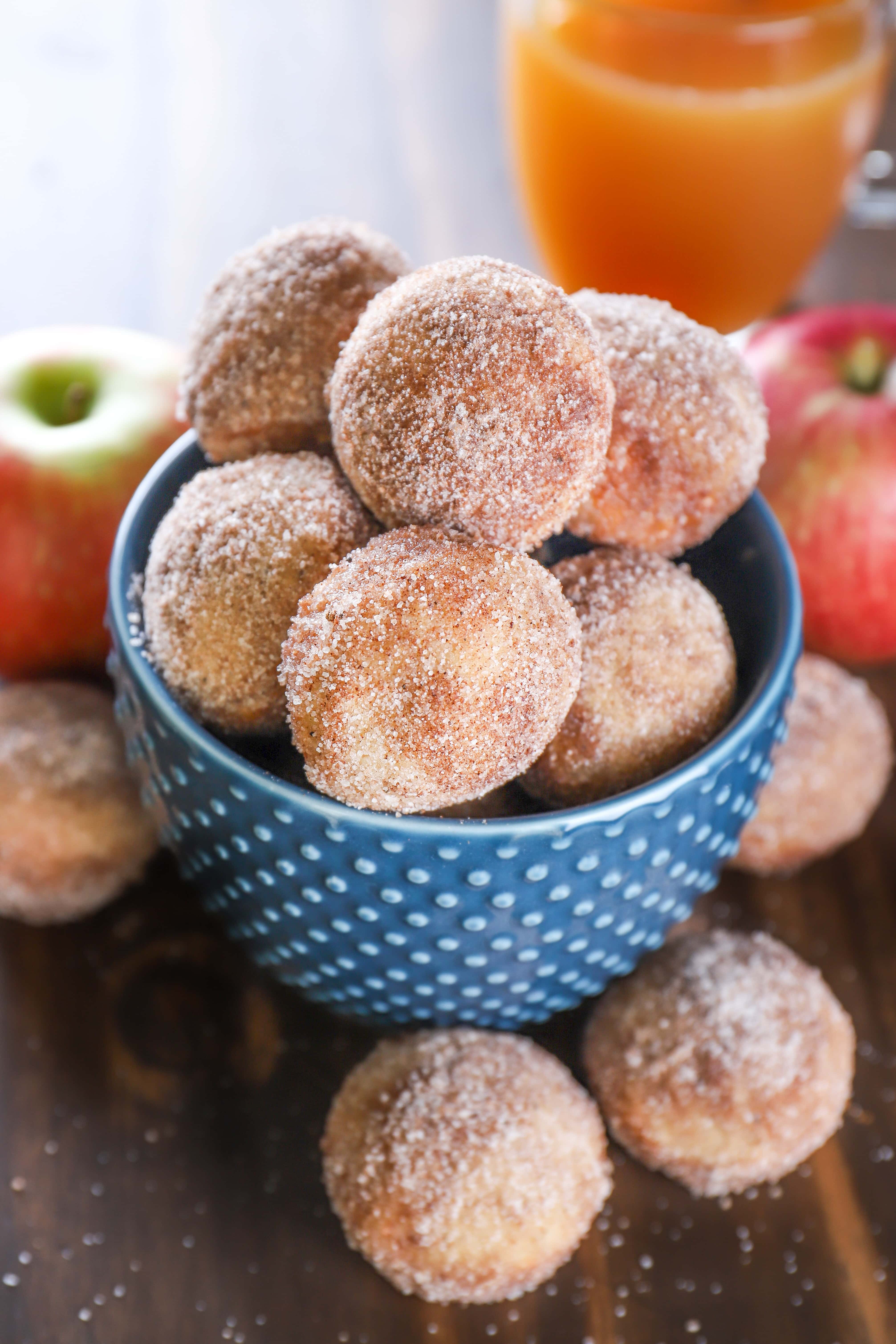 One fall drink that has to make an appearance around my house is apple cider. Since my husband doesn’t like coffee, he couldn’t care less about pumpkin spice lattes or the other coffee drinks that reappear around this time of year.

Apple cider, however, is a must. This year I decided that I needed to do more with it than just serve it to drink.

Since apple cider donuts are also popular in the fall, I figured I may as well try and make them at home. When I set out to make them, I knew that they had to be baked since I don’t like fried doughnuts (I know, you wouldn’t be the first to think I’m weird!). 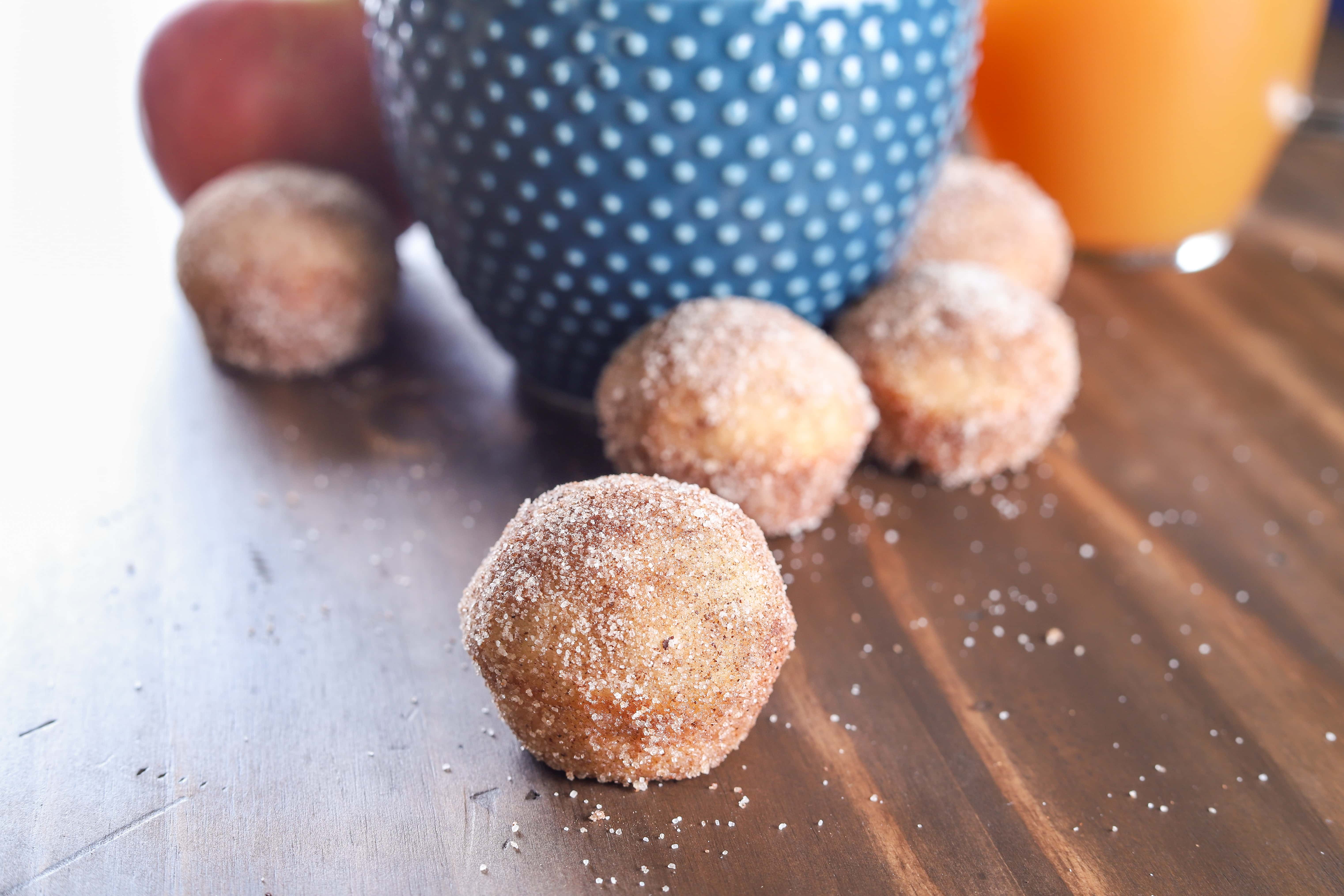 Since they are baked, they obviously don’t have the same texture as most apple cider donuts, however, they are still full of apple cider flavor.

In order to make the flavor more intense, I reduced a cup of cider down to 1/3 cup, but feel free to just use the 1/3 cup called for in the directions if you don’t want to take the time for it to simmer and reduce. Cinnamon, nutmeg, allspice, and ginger are found both in the muffin and in the topping.

The tops are dipped in melted butter and then into the spice and sugar mixture to give them a rich, sweet coating that melts in your mouth as you take a bite. I think we just discovered another “must have” for fall! 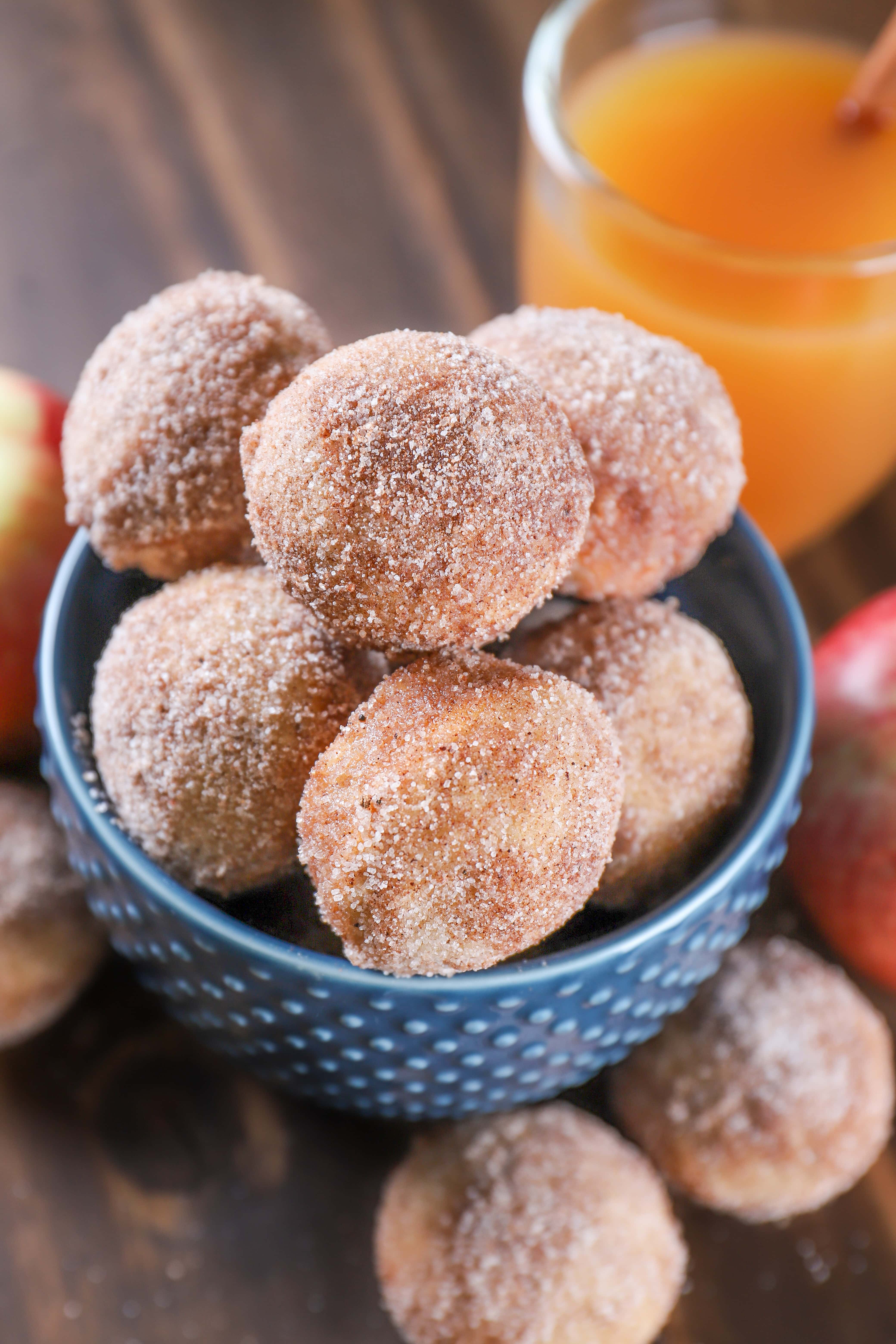 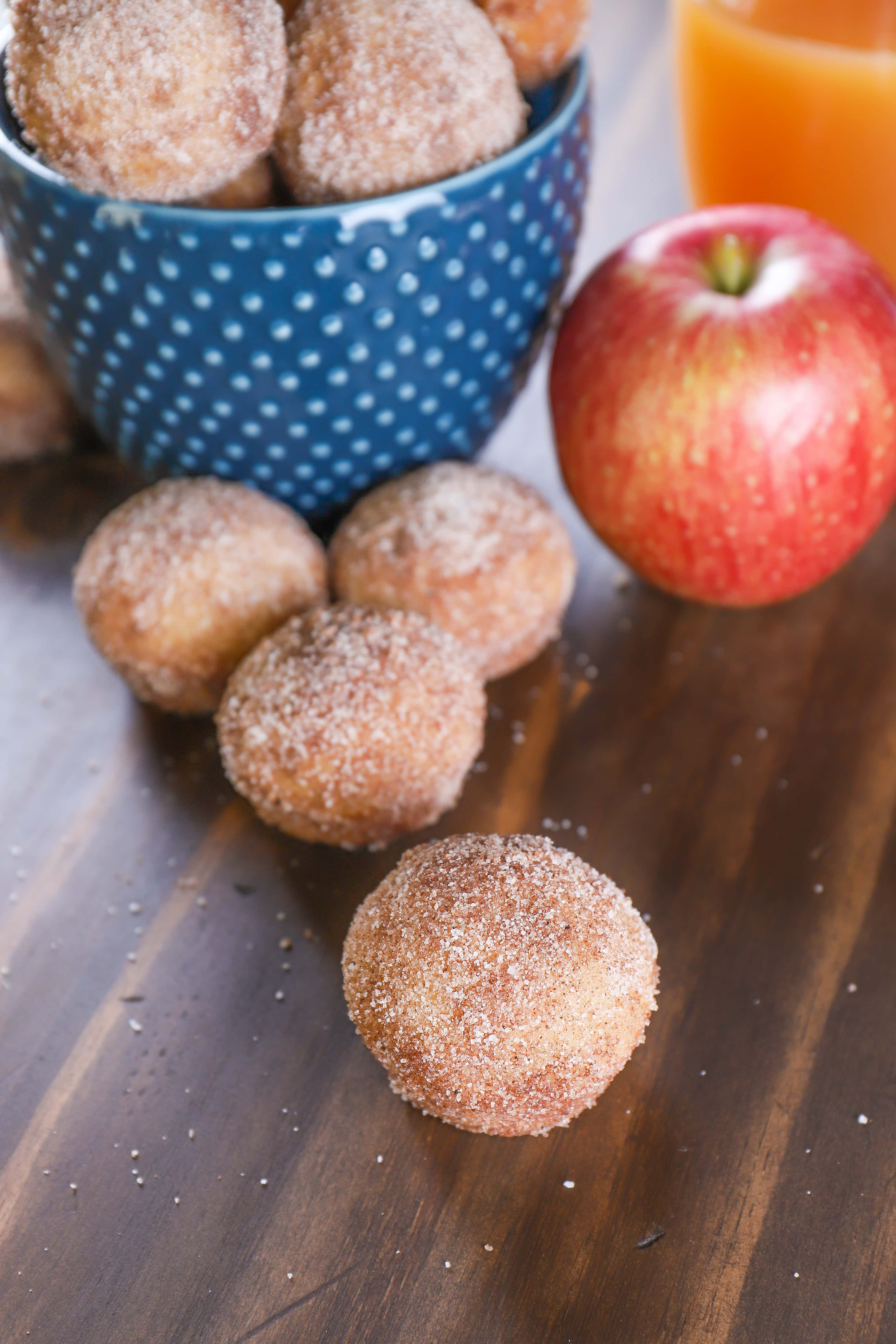